Accessibility links
We Set Up An Offshore Company In A Tax Haven : Planet Money What is striking about all the offshore services available today is that while they are totally legal, the system seems to make it easy to get away with things that are not legal.

Setting up an offshore company in a tax haven is surprisingly easy. A simple Google search offers up thousands of companies willing to help you do it.

Prices vary. The prices listed above quoted to Planet Money by two companies.
An "aged" company is a company that has existed for a number of years.

Anna Vaivade works for one of these companies. She is in Latvia, but her employer offers company registration in Seychelles, British Virgin Islands or Belize. She told me all these places offer no taxes and extreme confidentiality.

"No third parties, no creditors, no other companies have access to this information, " said Vaivade.

But what good is a company without a bank account attached? Anna Vaivade said she could help Planet Money with that too. She told me we could open a bank account in Switzerland that's tied to my offshore company in Belize.

And if that's not enough anonymity for you, Anna's company offers another service — a board of directors.

"In all public documents where the director's name appears, it will be our name," she told me. The idea is to ensure no one knows we are in involved in the company. Anna calls it "absolute confidentiality."

And all of this is perfectly legal.

I can think of legitimate reasons why you might want to have a company in Belize with a bank account in Switzerland and fake Latvian shareholders. Maybe you don't want your competitors to know what you're up to or maybe you're a large business operating across borders. It's easier to do business when you have accounts offshore.

But what is striking about all the offshore services available is that while they are totally legal, the system seems to make it easy to get away with things that are not legal.

In the end, it took a week and a half and fair bit of paperwork to get our Belizean company registered. I had to fax a notarized passport. To get our bank account, I needed a reference letter from my bank, an accountant and a lawyer.

Jason Sharman studies tax havens at Griffith University. He says all that due diligence is relatively new. Lately, he says big, rich countries have gotten together to crack down on tax havens.

"In the rest of the world the United States is seen as taking a very robust and aggressive line towards tax havens, " says Sharman.

The way an academic like Sharman studies tax havens, is by doing exactly what we did. He's been in touch with hundreds of providers in many different countries, and he says his experiences were all very similar to ours, with one big difference. Sharman says there was one country where he was almost never asked for documentation: the United States.

"The easiest place in the world to register a business anonymously is definitely the United States," say Sharman.

Registering Planet Money's Delaware company took one day and three emails. The company that set it up for us asked for absolutely no documentation. I gave them my real name, but I could have been anybody from anywhere in the world. 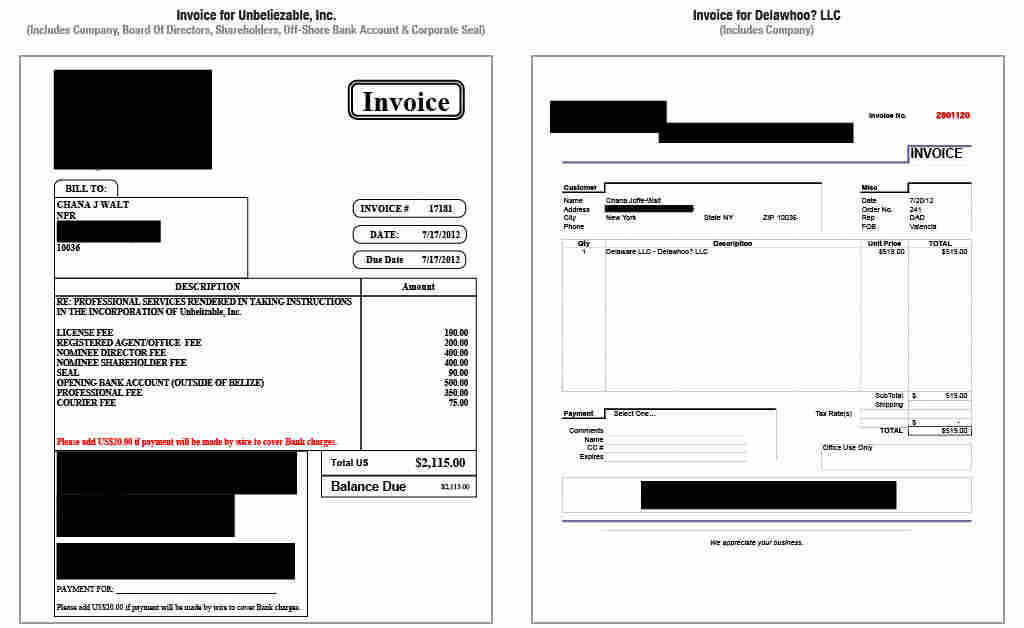 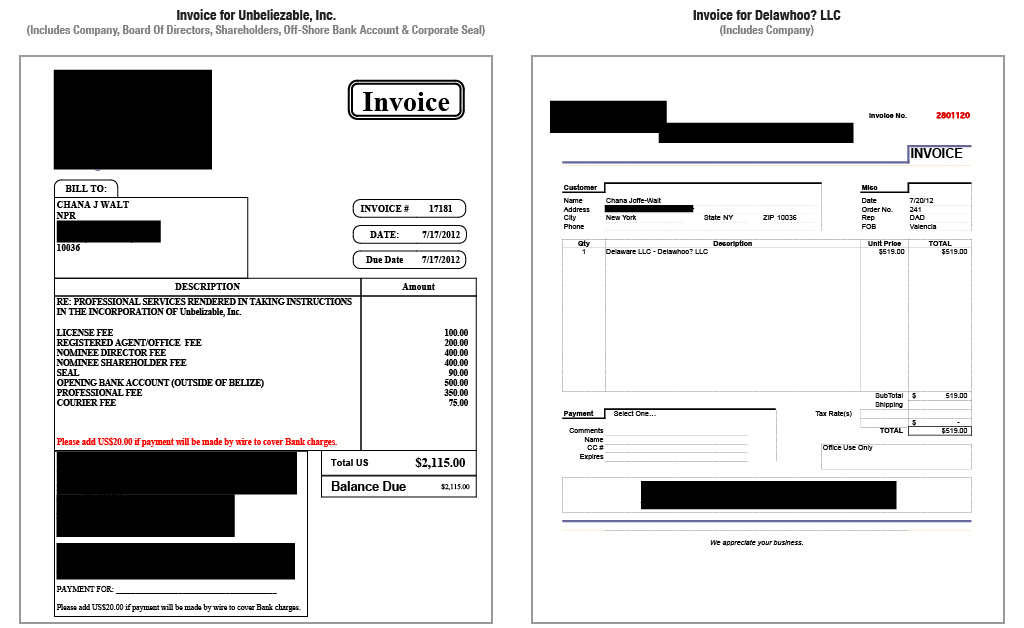 Right now, the team here at Planet Money are the proud owners of two companies. Unbelizable Inc., in Belize City, and Delawho?, right here in the United States. We have a packet of incorporation documents and a lot of questions about what exactly people do with these kind of companies. Our plan is to find out.

For more: Listen to the Friday show and check out Adam Davidson's column in the New York Times.