Accessibility links
Losing With LIBOR: One Trader's Story : Planet Money The scandal over interest-rate manipulation seems dry until you consider what happened to Dan Sullivan. He may have lost a million dollars as a result — and he's just one of many who say they've been harmed 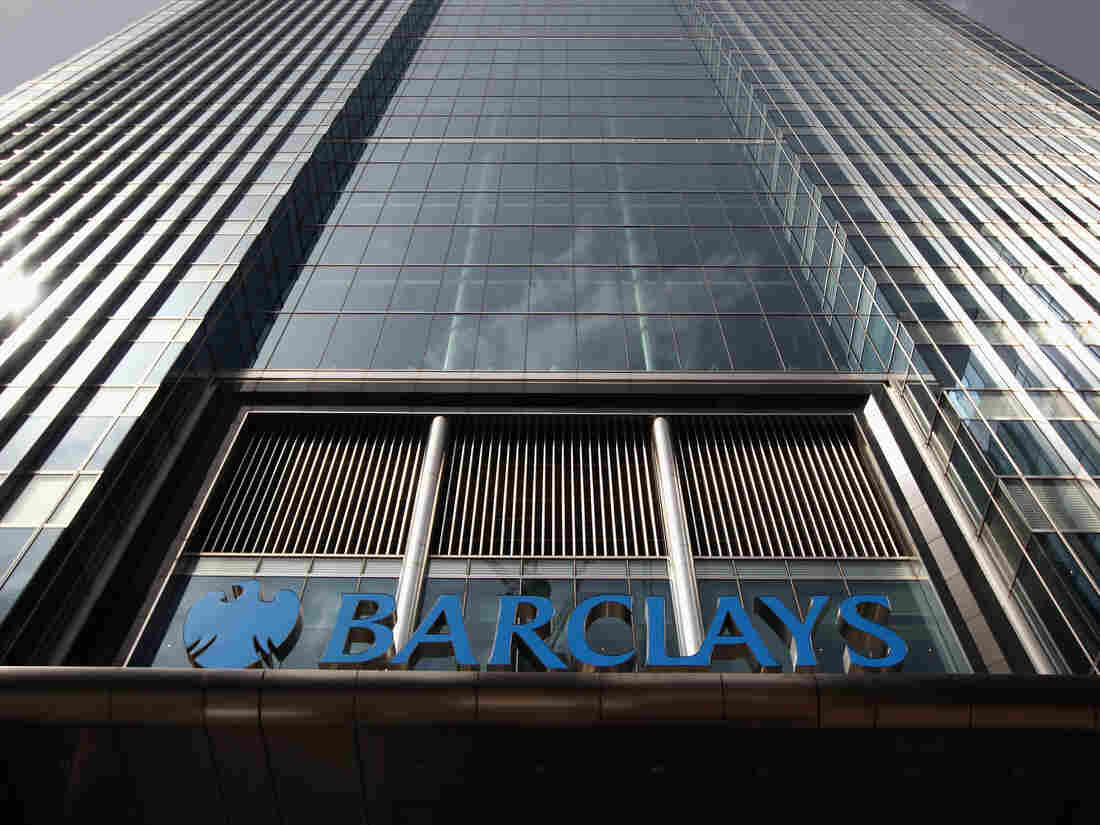 We've been talking a lot lately about what's been dubbed the "LIBOR rate fixing scandal," where some of the biggest banks in the world have been accused of manipulating a key global interest rate.

If those words — "manipulation of a key interest rate" — leave you wondering what the big deal is, and who would be harmed, meet Dan Sullivan. He says the manipulation of LIBOR cost him a million dollars, in just 24 hours.

Dan Sullivan used to work on a trading floor at the Chicago Mercantile Exchange, for Sullivan Crauth Trading, "which is me, my brother, and one other guy," Sullivan laughs.

Dan wasn't trading cotton or soy beans. He was in an arguably much bigger market you've probably never heard of: He was buying and selling derivatives based on that interest rate, LIBOR, that the big banks have been accused of manipulating.

People buy these derivatives for lots of reasons, but for what happens next, all you need to know is that on Sunday, Sept. 14, 2008, Sullivan was holding some derivatives that amounted to a lottery ticket. It was a small bet that would pay off big if something crazy happened with LIBOR.

And something crazy did happen.

Lehman Brothers — the giant investment bank — was about to go bankrupt. This was a cataclysmic event. Dan's eyes got wide. He started doing the math on a piece of paper, and realized he might make a million dollars the next morning when the new LIBOR number came out.

It was a total no-brainer that interest rates were going to skyrocket, he thought. LIBOR is an average of what big banks say they have to pay to borrow money, and a major bank was collapsing.

"They're supposed to be reporting what other banks will lend them money at, and if I were a bank, I wouldn't lend money to another bank at all that Monday," Sullivan says.

But Monday morning arrived. At 6 a.m., the new LIBOR number came out. And it was unchanged, as if nothing has happened. One of the biggest bank failures in history had just occured, and you would never have known by looking at LIBOR.

For Sullivan, the lottery ticket that looked like a big winner was instead worthless.

"I was just dumbfounded that morning," Sullivan says. "I was like a deer in headlights. I can't believe what happened. And then it was only with hindsight that it started to become clear that they had just lied about it."

Now that emails have come out, with employees at Barclays bank talking quite openly about setting LIBOR for their own benefit, he says it's like salt in the wound.

"In hindsight, I wished I had walked out that day, and just never come back," Sullivan says. "After that, it's a frustrating experience to feel like you're just getting stolen from all the time."

Sullivan isn't trading anymore. But there are a lot of others like him out there. Many of them are suing, and they say they lost more than he did. There are huge pension funds and hedge funds and city governments that bought these derivatives. A war is brewing in the courts.