Accessibility links
Can You Get A Patent On Being A Patent Troll? : Planet Money IBM and Halliburton may be trying to do an end-run around patent litigation — by patenting it.

Can You Get A Patent On Being A Patent Troll?

Can You Get A Patent On Being A Patent Troll? 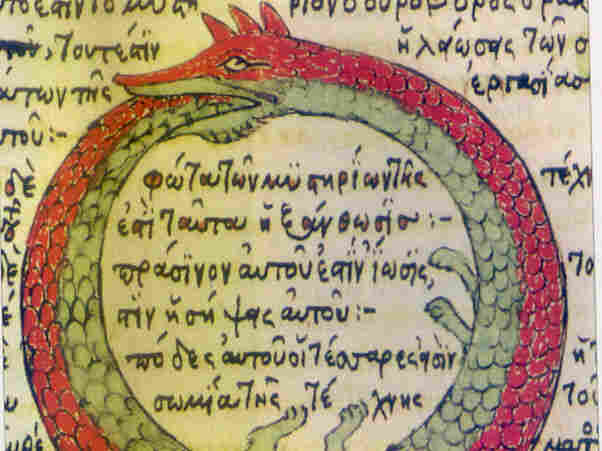 A 15th-century depiction of the ouroboros, a serpent devouring itself. Wikimedia Commons hide caption 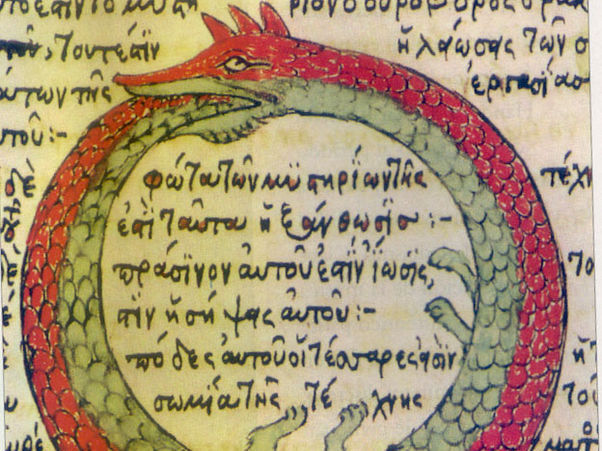 A 15th-century depiction of the ouroboros, a serpent devouring itself.

The patent wars have been heating up. Apple and Samsung are duking it out in California. On Tuesday, Jacob wrote about how judges are getting fed up and throwing around words like "silly," "arrogant" and "ridiculous." And there's increasing concern that "patent trolls" — companies that do little more than sue over patents they've bought — are targeting smaller companies and stifling innovation.

It turns out, a couple giant companies — IBM and Halliburton — have been working for years to patent what patent trolls do.

Here's part of the description from IBM's application:

That sure looks like patent-ese for accumulating a bunch of patents and charging other companies money to use them.

Here's some of Halliburton's application, which explicitly alludes to litigation:

The records show that Halliburton filed its application on April 27, 2007 — a little more than three weeks after IBM's April 3, 2007 filing.

In fact, it turns out IBM has filed a number of patent applications that could be read as covering what patent trolls do. In early 2011, ConceivablyTech wrote about another IBM application, followed by others, including TechDirt and Slate.

IBM told Slate that its application is "not really about other patents" but rather a "component business model for managing patents and leveraging patents." Halliburton didn't immediately have any comment when we called this morning. (But see update below.)

Whatever the intent, if either or both company succeeds, they could sue patent trolls for infringing their patents for patent trolling. Unless, of course, they wind up suing each other.

Small wonder, really, that Judge Richard Posner — the famously sharp-tongued judge who dismissed Apple's "zero-length swipe" argument as "silly" — told Reuters recently that patents may no longer serve their purpose, at least in software and other industries that benefit from rapid and low-cost innovation. "It's not clear that we really need patents in most industries," Posner said.

Bonus: FreePatentsOnline.com has an amusing list of crazy patents (which is where we learned about Halliburton's application).

Update: A Halliburton spokeswoman just wrote back, saying the company "has no intention of applying the technique offensively. Rather," she continues, "Halliburton intends to use any patent that may issue from this application defensively to discourage entities that engage in such tactics."

Also, in the comments below, Peter H helpfully notes that one of the IBM patents is running to stiff headwinds with the U.S. Patent Office. He writes: "This case has been very extensively argued, and I think IBM's chances on appeal don't look great..."