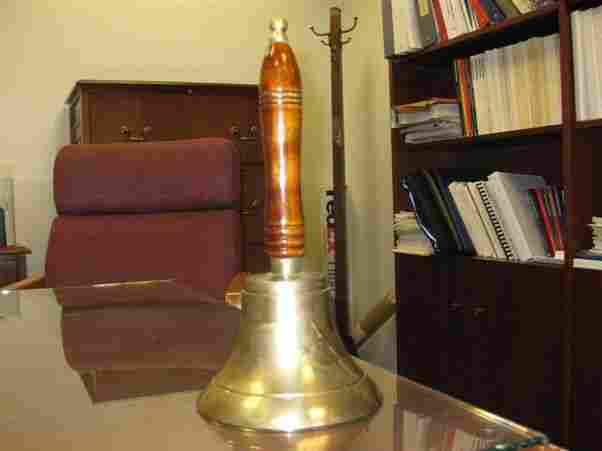 In one part of the BLS offices, a supervisor rings this bell to let employees know that it is officially 8:30 AM. Bureau of Labor Statistics hide caption 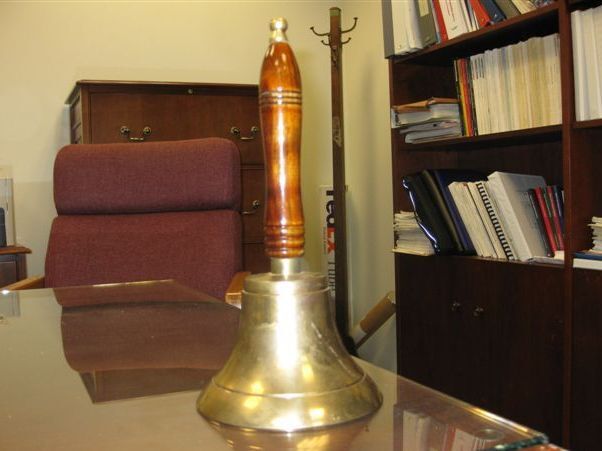 In one part of the BLS offices, a supervisor rings this bell to let employees know that it is officially 8:30 AM.

The single most important number in the U.S. economy comes out on the first Friday of each month at 8:30 a.m. That's when the government reports how many jobs were added or gained in the previous month.

The number moves markets, and economists and traders around the world wait anxiously to see what it will be. If you found out early what the number was going to be, you could make a fortune.

The government knows this, of course, and officials take extreme precautions to make sure that no one finds out early.

I visited the Bureau of Labor Statistics recently and talked to Megan Barker, an economist who works on the jobs report. But I couldn't visit her office: Unless you have business inside Barker's office, there is no getting in.

The maintenance crew doesn't collect trash in the days leading up to a release. The IT department is also kept away. Computer problems? Tough luck.

So what exactly is going on that's so top secret? Inside, economists are sifting through data from thousands of employers and people around the country. Each month, the BLS surveys about 140,000 businesses and government agencies.

Don't even think about asking these economists who's on the list. They won't say.

The end result are the numbers that tell us how many jobs the U.S. economy added or lost the previous month — the number Wall Street is watching so closely.

Barker and a handful of other people know it by Tuesday — but they are under strict rules not to tell anyone.

Barker and her colleagues have to keep this secret until 8:30 a.m. on the day of the release.

Journalists standing by at the Labor Department get the numbers a half hour early, but they can't talk about them until precisely 8:30 a.m.

That can mean waiting through several long seconds of dead air, as CNBC's Hampton Pearson did during December's release.