Accessibility links
The Building That's In Two Countries At Once : Planet Money Inside a European office building, a metal line divides Germany and the Netherlands — and reveals the limits of the European dream. 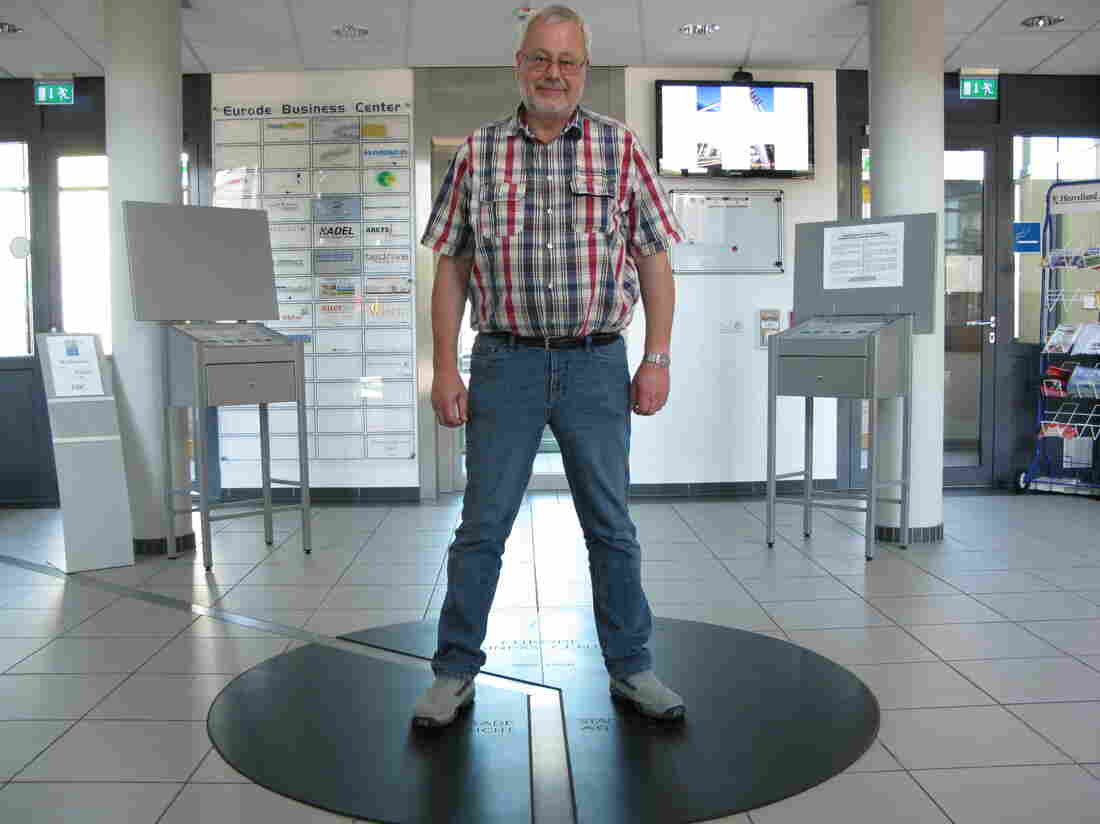 Hans Hover has one foot in Germany, and one in the Netherlands. Robert Smith/NPR hide caption 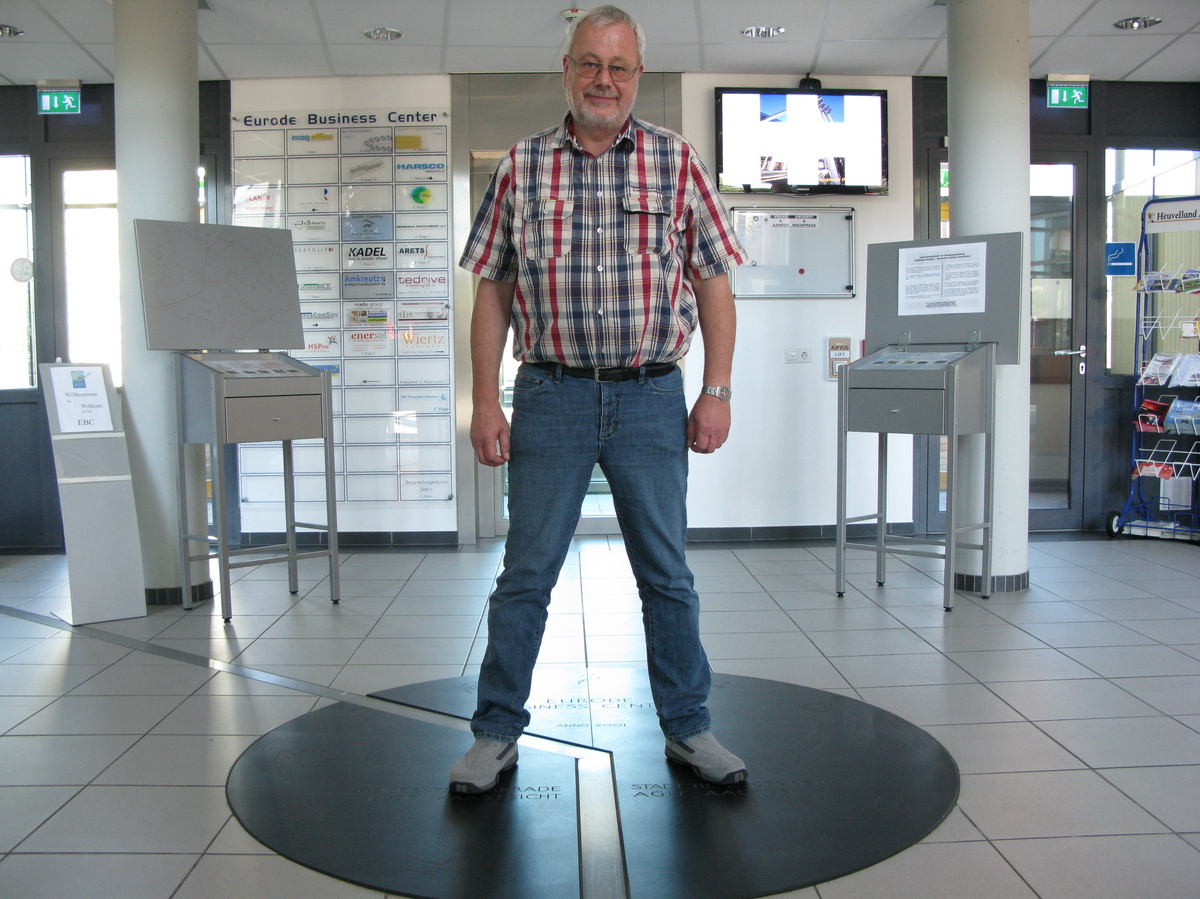 Hans Hover has one foot in Germany, and one in the Netherlands.

Zoe Chace and Robert Smith are reporting from European borders this week. This is the first story in a four-part series.

A metal strip on the floor of Eurode Business Center marks the border between Germany and the Netherlands.

The building was supposed to make it easy to work in both countries. But it's also a reminder of how the European dream isn't yet a reality.

The border is open enough that a single building can span it. No border guards, no checkpoints. But a letter sent from the German side of the building takes a week to get to the Dutch side.

A computer security company called Alunsa has offices on both sides of the building. On one side, Alunsa employees call German customers on German phones. On the other side, it's all Dutch. Raimond Potgens, the company's CEO, has two offices, one on either side of the border. He carries his laptop back and forth all day long.

The reason for all the back and forth: Taxes. "As long as Holland and Germany want all their money, it's not one union," Potgens says.

Jan Schlievert, an EU lawyer who also works in the Eurode, agrees with Potgens. "Money is always the turning point for all these laws," he says.

Schlievert tells the story of a Belgian carpenter who spent his days doing carpentry in Germany, then drove home to spend the night in Belgium. The German company he worked for paid for the car.

This is how a united Europe is being created. Slowly, case by case, one Belgian carpenter at a time.