Accessibility links
Why Don't More Unemployed Spaniards Get Jobs In Germany? : Planet Money The eurozone was supposed to create one big labor market by making it easy to cross borders for work. 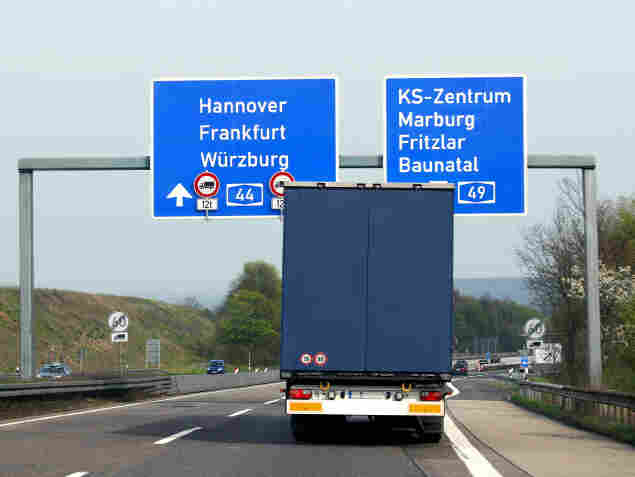 Zoe Chace and Robert Smith are reporting from European borders this week. This is the third story in a four-part series.

The eurozone was supposed to create one big labor market by making it easy to cross borders for work.

But Gerhard Wiegelmann, a CEO in Stuttgart, Germany, can't find enough workers to staff his company — even with unemployment in Spain over 20 percent. He's had to turn down projects because he can't hire enough people.

Ignacio Valero is the company's only Spanish employee. He says that part of the problem is the language barrier — students in Spain learn English, not German. But even if you know the language, there's still a cultural barrier.

"People are not so open here in Germany," Valero says. "Getting along with people is not so easy."

Some German companies are trying to change their culture, to appeal to more workers like Valero. Andreas Rohm is a consultant who coaches German CEOs how to attract foreign workers. He shows them how to be a little less cold, little less aloof.

"You have to send warm signals," he says.

We asked Wiegelmann to make his best pitch to foreign workers.

He said: "If you are a young, highly motivated engineer, you will see that we make a lot of interesting projects."

Really, Gerhard Wiegelmann? That's it? What about the German weather? Or the food?

"You can stay alive here," he says.