Accessibility links
A Father Of High-Speed Trading Thinks We Should Slow Down : Planet Money The race for ever-faster trades has "absolutely no social value," says a billionaire who helped bring computers to financial markets. 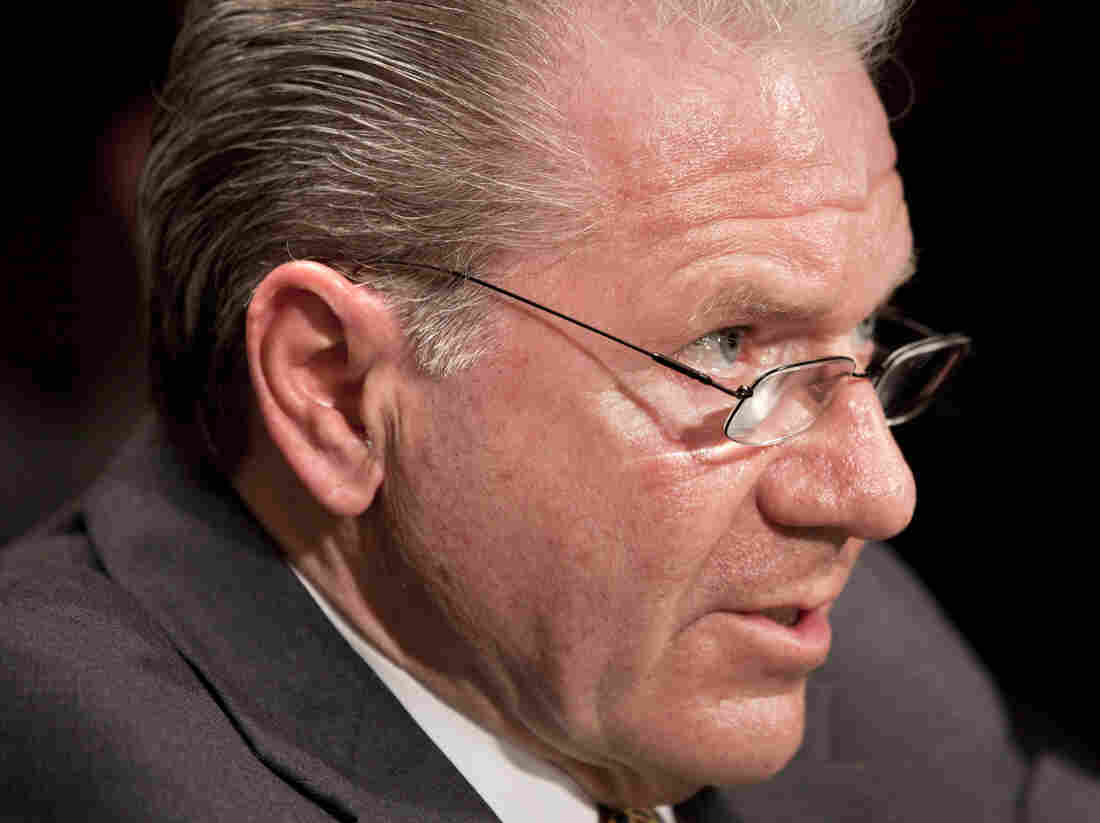 First, three stories from Thomas Peterffy's life as a trader:

When Peterffy was a kid growing up in communist Hungary in the 1950s his buddy went to Austria and brought back a pack of Juicy Fruit gum. Peterffy bought the pack, broke the sticks of gum up into little pieces, and sold them at a profit. The principal at his school was not amused. "Where's your communist conscience?" the principal asked.

Not surprisingly, given story #1, Peterffy moved to the U.S. as a young man.

By the 1970s, Peterffy was working at a company trying to use computers to make money on Wall Street. (This was a novel idea at the time.)

Peterffy figured out how to use computers to calculate when financial instruments called options were overpriced or underpriced. But he had a problem. It was 1977, and people weren't yet using computers to buy and sell options. They were still standing in trading pits, waving their arms and yelling to do trades.

It wasn't until 1987 that Peterffy was able to take people out of the loop entirely. With the world's first electronic stock exchange, the NASDAQ terminal, traders could type in orders directly into a computer.

Peterffy didn't want to type in the orders. He and his engineers hacked into the NASDAQ terminal and wired it up to their own computer, which traded automatically based on algorithms.

A senior NASDAQ official saw Peterffy's setup and said Peterffy was breaking the rules: All orders had to be entered through the keyboard. He gave Petterfy's group one week to fix the problem.

Peterffy and his engineers came up with a solution. They built a robot with rubber fingers that typed entries into the keyboard. It satisfied the NASDAQ rules. And on active trading days, the robot typed so fast it sounded like a machine gun.

In the 1990s, over a decade after Peterffy dreamed up computerized trading, exchanges start to let people plug their computers directly into the markets.

Today, Peterffy is one of the big players. The company he started, Interactive Brokers, does electronic trades on a mind-boggling scale. Forbes estimates his net worth is now over $5 billion.

Peterffy says automation has done some very good things for the world. It's made buying and selling stocks much much cheaper for everyone.

But Peterffy thinks the race for speed is doing more harm than good now. "We are competing at milliseconds," he says. "And whether you can shave three milliseconds of an order, has absolutely no social value."

Peterffy is in favor of more regulation. He'd like to see rules that slow things down.

The challenge of course: People will try to find ways around the rules. There is always someone willing to build a robot that types.

Note: We learned of Peterffy's story from the forthcoming book Automate This.