Accessibility links
This Man Makes Beautiful Suits, But He Can't Afford To Buy One : Planet Money Peter Frew has a rare skill and all the orders he can handle. But making suits by hand is a tough business. 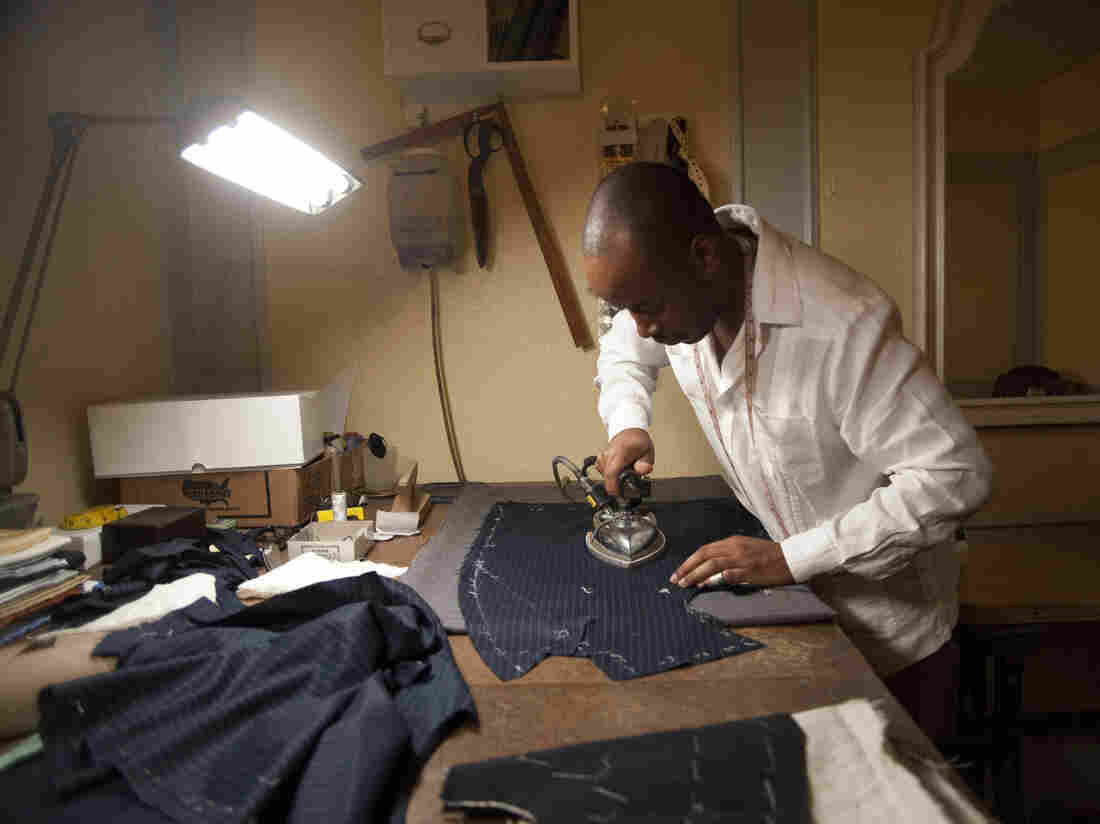 Peter Frew is one of a tiny number of people left in the United States who can — entirely on his own, using almost no machinery — make a classic bespoke suit. He can measure you, draw a pattern, cut the fabric and then hand-stitch a suit designed to fit your body perfectly.

Frew spent more than a decade as an apprentice for a remarkable tailor in his native Jamaica. He now sells his suits for about $4,000. Since New York is filled with very rich people who see their suits as an essential uniform, Frew has all the orders he can handle.

When I first heard about Frew and his remarkable skill, I thought: That guy must make a fortune. I was wrong.

It turns out, all the orders he can handle is not that many orders. It takes him 75 hours to make just one suit. He makes about two suits a month. And after expenses — fine English wool costs a lot — Frew takes home less than $50,000 a year.

That's not even enough for Frew to buy one of his own suits. In fact, Frew doesn't own a suit at all — he can't bring himself to buy a suit off the rack.

Most of us, though, are happy to buy mass-produced suits. They might not be perfect, but they're decent and they keep getting better. The big suit-making factories in China, Bangladesh and Pakistan use advanced sewing machines and chemical applications that are nowhere near as good as bespoke, but are a lot better than they used to be. And every year, they get better.

The traditional methods, on the other hand, don't change. And they cost a fortune. Frew hopes that someday, he'll have a store in Manhattan and a staff of tailors making suits. But he says he's fine if his big dreams don't come true.

He just loves what he does. He loves hand-making perfect suits.