Accessibility links
The iPhone 5 And The Economy: Don't Believe The Hype : Planet Money Will there be a smartphone stimulus this fall? Don't hold your breath.

The iPhone 5 And The Economy: Don't Believe The Hype

The iPhone 5 And The Economy: Don't Believe The Hype 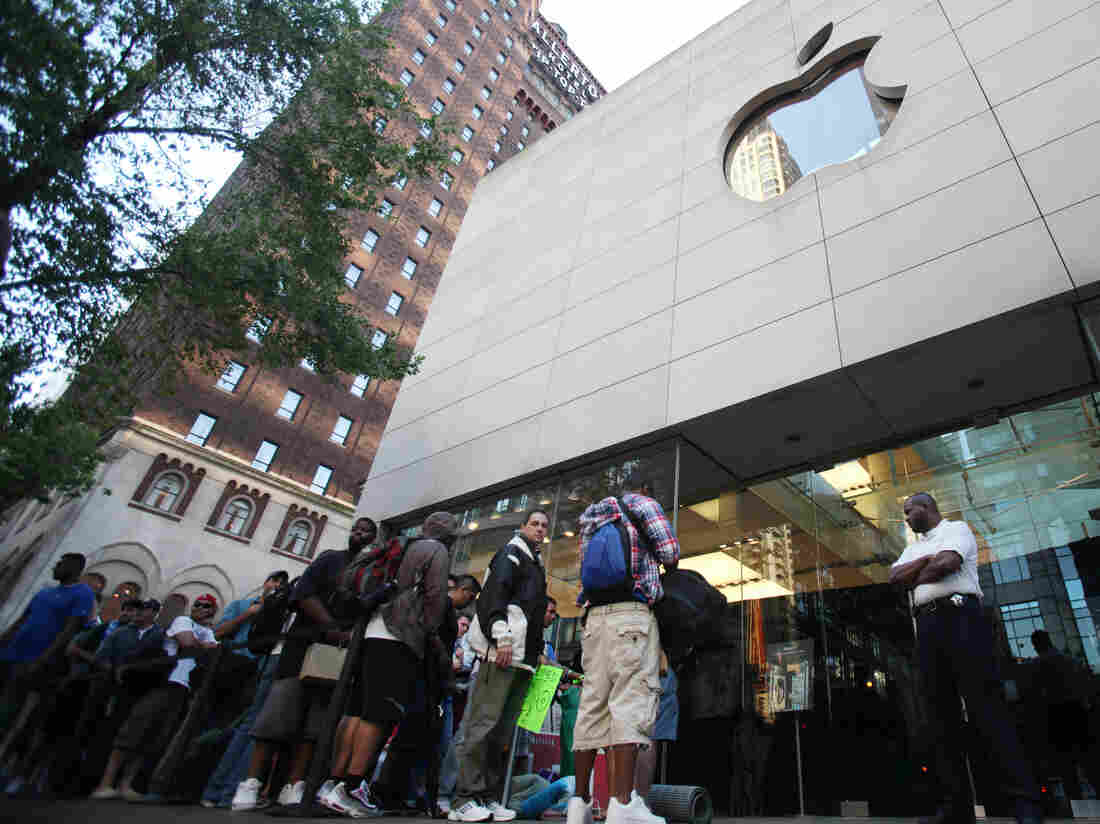 The iPhone 5 will give a nice boost to U.S. economic growth in the last three months of this year, according to a new note from JPMorgan.

Not surprisingly, lots of people are writing about this note. It's a prediction about the iPhone 5! And the economy!

But the prediction is based on a ridiculous assumption.

The JPMorgan note seems very mathy and precise. It starts with the full cost of the new phone, subtracts the value of the imports in each phone (imports are subtracted from economic growth numbers) and estimates the total number of phones likely to be sold in the last three months of the year.

Bottom line, according to the note: The new iPhone could add 0.33 percent to U.S. economic growth. That's actually a lot, when you consider that total economic growth is only about 2 percent.

But to arrive at that conclusion, JPMorgan assumes that every single dollar people spend on new iPhones would not otherwise have been spent on anything else during the last three months of the year.

Say I want an iPhone 5. And to pay for it, I'm going to cut back on other spending.

My wife and I won't get a babysitter one Saturday night. Instead of going out for a nice dinner and a movie, we'll have mac and cheese and watch cable. (Sorry, honey!) Instead of buying my dad a fancy Christmas present, I'll buy him a book. (Thanks for teaching me to love reading, Pop!)

The JPMorgan note doesn't account for this at all. It assumes that no one is cutting back on anything in order to pay for a new iPhone.

There is a useful, if familiar, idea hidden in this report. It's what Keynes called the paradox of thrift. During an economic slump, Keynes argued, everybody starts spending less and saving more. This, perversely, keeps the economy mired in a slump. So, in the short run, the economy will grow more if people start spending more and saving less.