Accessibility links
Can You Patent Yoga Pants? : Planet Money A lawsuit over $98 Lululemon yoga pants feels sort of ridiculous its face. But the case is actually a big deal.

Can You Patent Yoga Pants?

Can You Patent Yoga Pants? 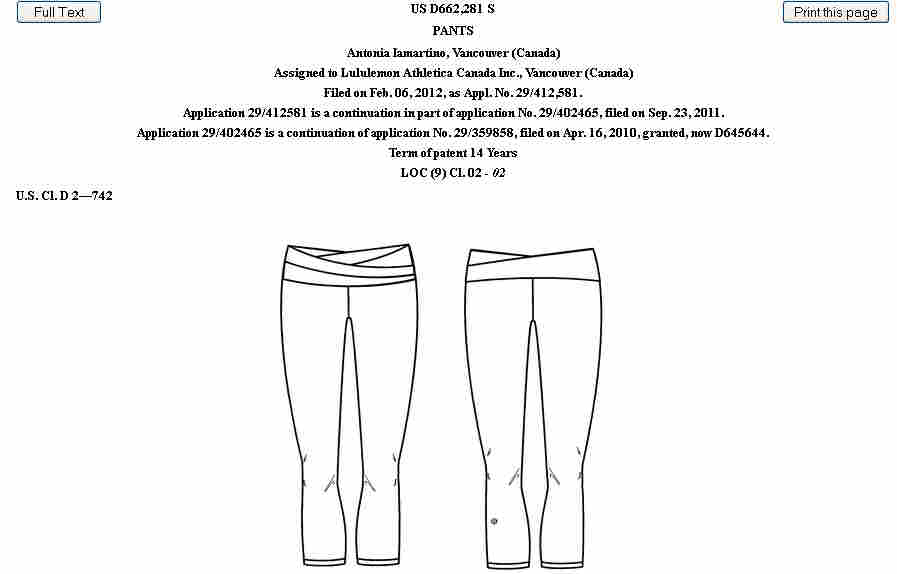 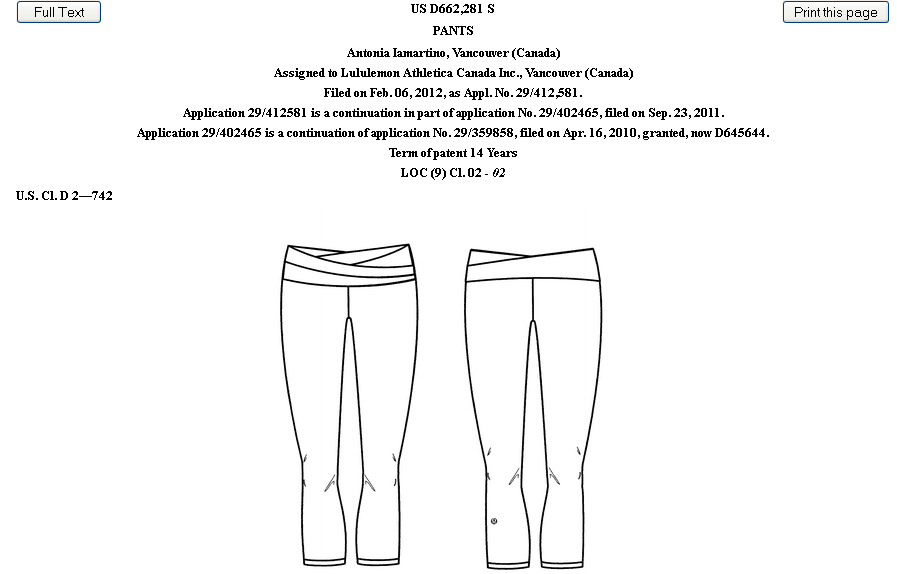 The fashion industry's latest hope for protecting its designs may hang on a slimming pair of yoga pants.

Yoga-apparel maker Lululemon Athletica Inc. is accusing fashion house Calvin Klein Inc. of infringing on design patents for its popular $98 "Astro Pant" in a legal battle that could provide new ammunition for the industry to wield against copycats while bolstering Lululemon's dominant position in high-end yoga apparel.

Lululemon, in a complaint filed in federal court in Delaware last month, claims that Calvin Klein is selling pants that "have infringed and are still infringing" on three patents, including one for a distinctive waistband featuring overlapping panels of fabric. The company was awarded one of the patents last year, and the two others in June.

A lawsuit over $98 yoga pants feels sort of ridiculous its face. But the case is actually a big deal.

Intellectual property has historically only played a minor role in the fashion industry, and this suit may signal an important shift.

But the fashion industry doesn't work like that. Clothing makers copy designs from each other all the time, yet you almost never see lawsuits like this one. In fact, some experts have argued that the industry's historically loose approach to intellectual property has led to more innovation, not less.

Why, when other major content industries have obtained increasingly powerful IP protections for their products, does fashion design remain mostly unprotected - and economically successful? ...

We argue that the fashion industry counter-intuitively operates within a low-IP equilibrium in which copying does not deter innovation and may actually promote it. We call this the piracy paradox. ... copying functions as an important element of and perhaps even a necessary predicate to the industry's swift cycle of innovation.

Recently, though, some big players in the fashion industry have started pushing for more IP protection. They've backed bills in Congress that would make it easier for clothing companies to sue each other for infringement. The Lululemon lawsuit is another step in this direction.

But the "piracy paradox" suggests that tighter IP rules would actually lead to fewer new ideas, not more. That's what's happened in the high-tech world, which is in the middle of a massive patent war, and where most software engineers say the patent system actually hinders innovation.