Accessibility links
The Fed's Other Big Power : Planet Money The Fed has the power to create money. But it has another, critical power: The power of words. 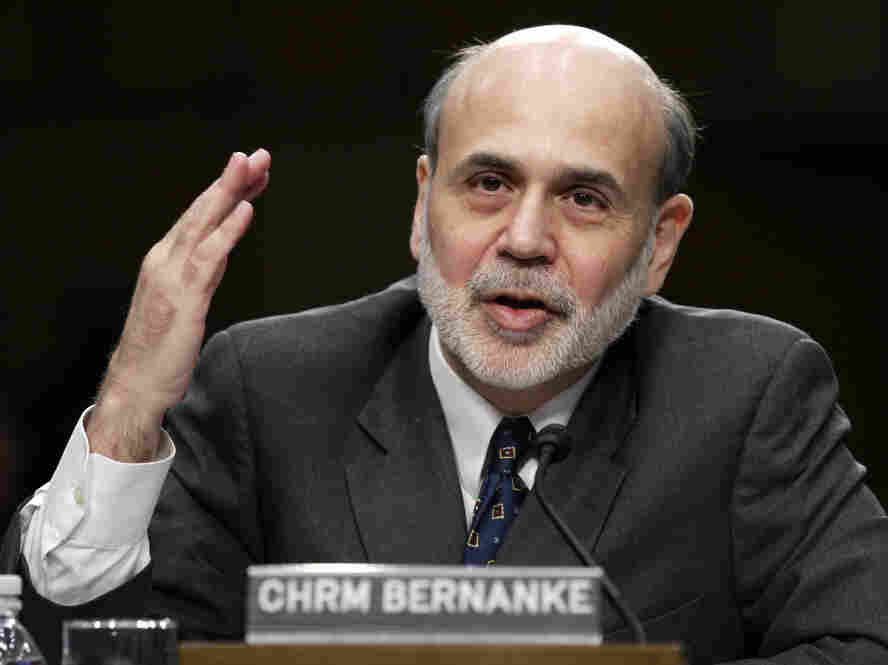 We think of the power of the Federal Reserve as the power of money. After all, the Fed is the one institution that can create U.S. dollars out of thin air.

But recently, Ben Bernanke has argued that the Fed has another, critical power: the power of words. And when you're the chairman of the Fed, a few words can go a long way.

In a speech last month, Bernanke said this: "The Federal Reserve will provide additional policy accommodation as needed to promote a stronger economic recovery ..."

But how does the magic work? How do a few cryptic words get everyone so worked up?

Joe Gagnon, a former Fed economist who now works for the Peterson Institute for International Economics, pointed to a single word in that one sentence: "stronger"

Saying "stronger" recovery is "making it clear that this recovery we've had to date is not strong enough, in their view," Gagnon said. "That's a indication that they feel the need to do more."

It's subtle. But sentences like that provide a signal to investors so they don't get surprised when the Fed wants to do something big. When trillions of dollars are at stake, surprise is bad.

And as cryptic as it might sound sometimes, the Fed is now more clear and direct than its ever been in its history.

Just 20 years ago, the Fed didn't even tell the public what it was thinking or doing. People had to watch money moving in the markets to figure out what the Fed had decided to do.

These days, Ben Bernanke says that communication — just talking, really — is one of the most powerful tools he has.

For instance, last year rather than just say they were keeping interest rate low, the Fed said it expected to keep the rate low for years.

"That was actually a very powerful impact on the markets," says Randall S. Kroszner of the University of Chicago, a former member of the Fed's Board of Governors. "And if you looked at the futures markets for the short term interest rate, they actually moved quite a bit."

The Fed will release a new policy statement this afternoon. Fed officials, if they want to, could simply extend that promise of low interest rates again. But if Bernanke really wants to test the power of talking, he could give a very detailed description of the plans for the future.

The Fed could promise to keep interest rates low until, say, unemployment comes down to a certain level, or until the economy is growing at a certain clip.

It would be a dramatic departure from the more subtle hints and coy language its used in the past. And there is a lot of debate in the economics world about whether or not it would work. But Bernanke may decide that extraordinary times call for extraordinary words to match.