Accessibility links
Even If You're All-Powerful, It's Hard To Fix The Economy : Planet Money What happens if you slash the price of oil, save Europe and force Congress to make a grand bargain? Not as much as you might think. 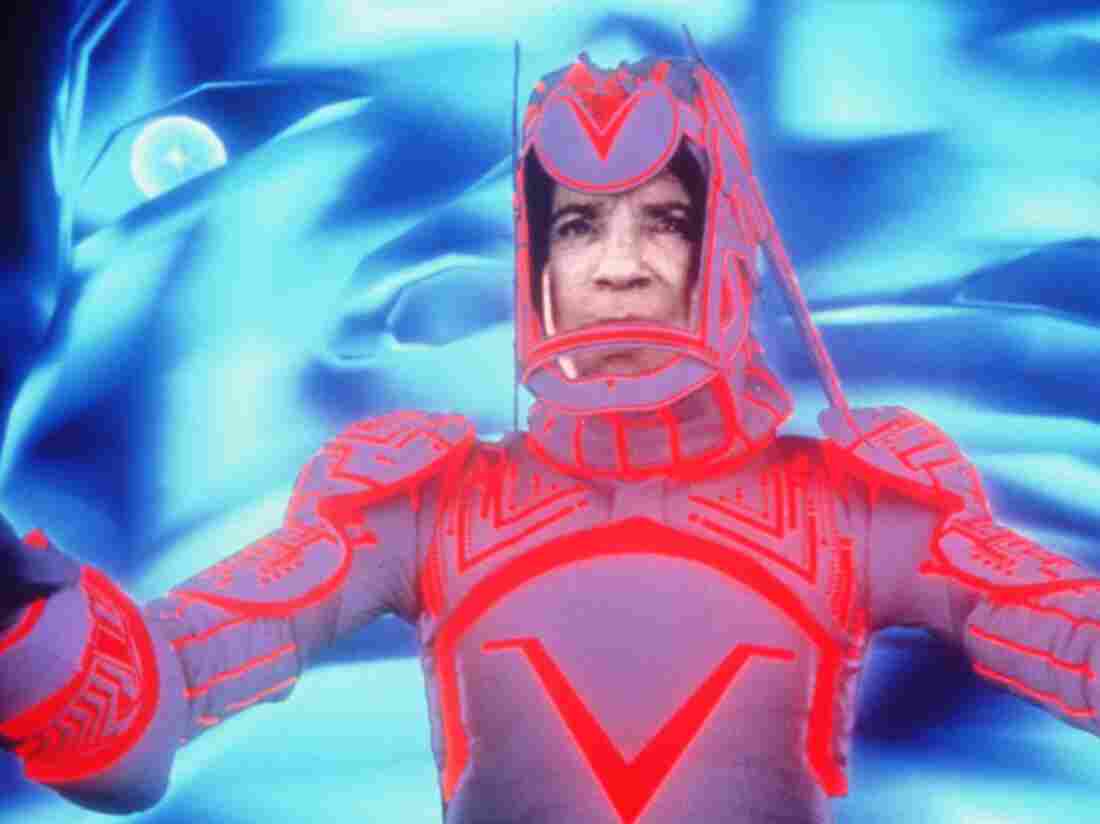 This guy lives in a computer. Can you get him a job? Walt Disney Pictures/The Kobal Collection hide caption

The world inside Mark Zandi's computer model feels pretty familiar. It's full of people who are worried about the economy. Their homes are being foreclosed on. They're paying more for gas. Something like 13 million of them can't find jobs.

Zandi is the chief economist at Moody's Analytics, and he built his model to predict what's going to happen in the real world. When he plugs what he thinks is going to happen in the real world, his model spits out a pretty grim result: Four years from now, the unemployment rate will be 6.6 percent. That's lower than today, but still much higher than the 5 percent rate that was typical before the recession.

I recently sat down with Zandi, and gave him a challenge: Fix the economy in the world inside your computer. Try to ensure that, four years from now, the unemployment rate inside the computer will get back down to 5 percent.

Zandi starts big: He fixes the U.S. government. Republicans and Democrats work together to agree on a long term plan to deal with the country's debt through a mix of tax increases and spending cuts.

The computer chews on this unlikely event for a few seconds, solving equations, calculating some 1700 variables. It tells us that, four years from now, the unemployment rate will be 6.1 percent.

Next up: Gas prices. Zandi brings down the price of a barrel of oil by about $20. The price of gas in the U.S. falls to $3 a gallon.

This, sadly, only reduces unemployment by a tenth of one percent. Zandi's not surprised.

"Gasoline prices are outsized in our thinking," he says. "But when it comes down to brass tacks. still a small proportion."

Let's make sure the euro survives. Inside Zandi's computer, the European economy is going to grow. Not grow like crazy, but grow more than it's growing now. That means more U.S. exports to Europe. And it means that U.S. unemployment four years from now will be 5.9 percent.

Still too high. In fact, It is surprisingly hard to get back to a 5 percent unemployment rate in the world inside Zandi's computer.

But we keep trying. We boost home prices by 10 percent. We make banks lend out more money. We raise consumer confidence. We still can't get to 5 percent unemployment. It's time to get crazy.

We make people not just confident, but super confident. We cut the price of a barrel of oil in half. We give Europe a spectacular recovery. China keeps growing. Africa takes off. 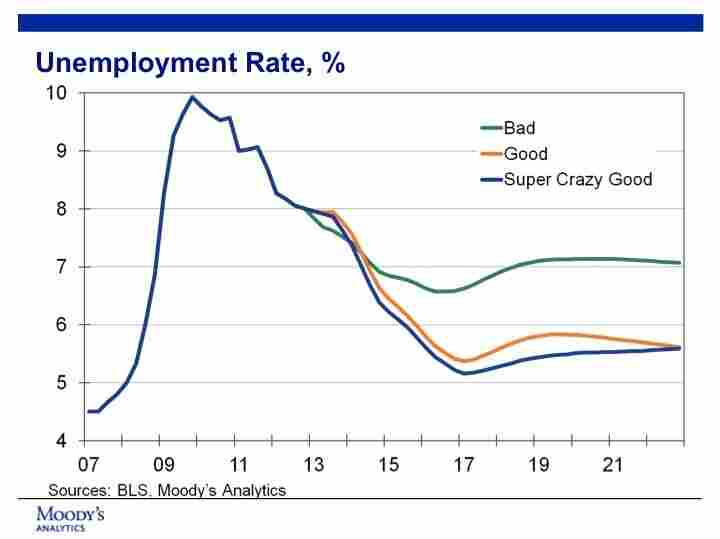 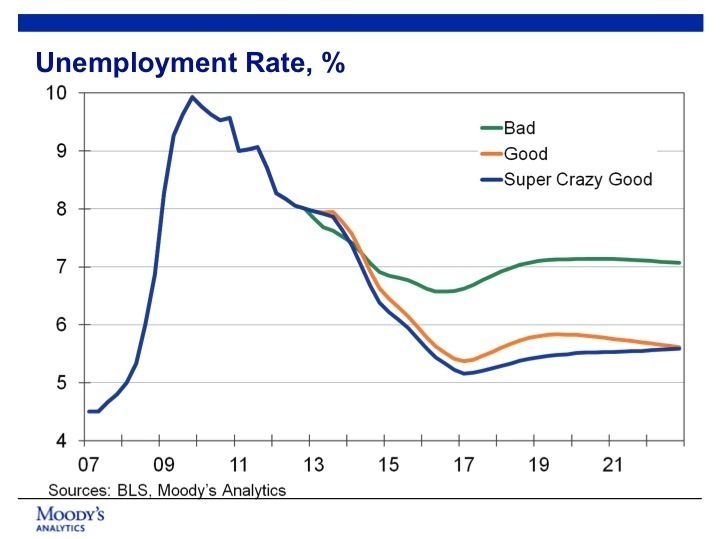 "What's happening is the economy is reaching its new limits," Zandi says.

This is something I hadn't really appreciated before. When you go through a really big, catastrophic recession, it's not always possible to fix things.

Millions of people lost their jobs in the recession. At the same time new high school and college grads started looking for jobs.

The economy just can't grow fast enough to absorb the backlog. Zandi says we'll have an extra million people looking for jobs, and unable to find them.

"We dug ourselves a huge hole," Zandi says, "Its gonna take a generation to get completely out of it."

In the long term, there will be an extra million people looking for jobs and unable to find them, according to Zandi. An earlier version of this story incorrectly said there would be one million to two million people in this position.