Accessibility links
No One Trusts China's Unemployment Rate : Planet Money China's national statistics office works hard, but the country is so big and changing so quickly that it's hard to keep track of what's going on. 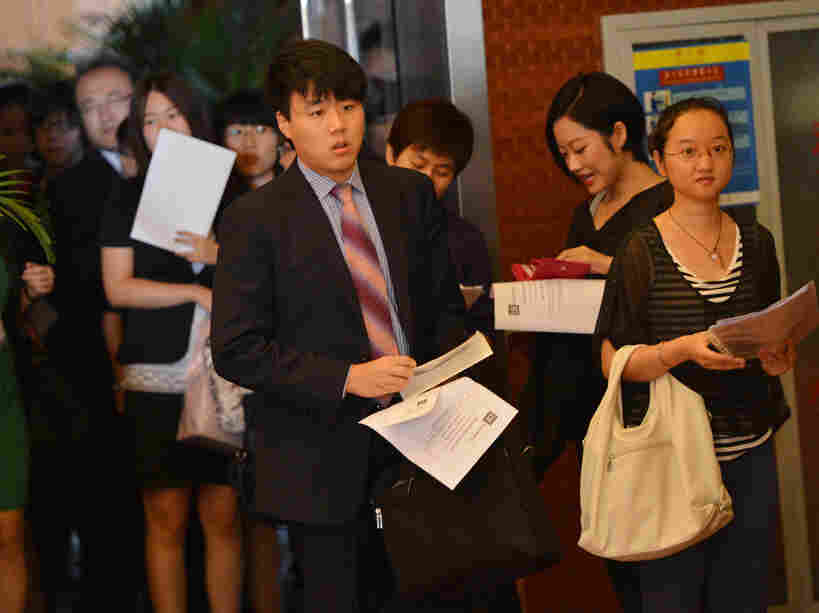 Ask an economist like Eswar Prasad, who used to work at the International Monetary Fund, "So, do you know, what the unemployment rate in China is?"

The official unemployment rate, put out by the government, Prasad says, is 6.5 percent, but according to him, "that number has no credibility at all."

He's not the only dubious one.

"The unemployment rate in China is one of the most useless and ridiculous statistics out there," says macroeconomic researcher Arthur Kroeber of Dragonomics. "No one pays any attention to it, because everyone knows it's a complete fiction."

It's not like China isn't trying. It has a national statistics office that works very hard. But the country is so big, and changing so quickly, that it is actually really hard to keep track of what is going on.

Kroeber suggests proxies. He thinks China should count the number of shipping crates, how many tons of coal being shipped, the amount of electricity production, and floor space being built at any given time. "Those numbers," he says, "are harder to fudge."

Everyone in the world wants to do business in China. And China itself wants to know more about how its own economy is changing. But it takes decades to develop sophisticated statistical models that can give trustworthy figures.

Statistics that apply to an export-only oriented economy aren't good enough to capture the complexity of a place like China. So, the country is still working at figuring out how to count itself.

In the meantime, Western firms have jumped in and started in their calculations, using methods perfected in the United States. But anytime you try to sum up an incredibly complex economy with one number — you're going to have some controversy.