Accessibility links
Ask A Banker: What Do Investment Bankers Actually Do? : Planet Money They're traveling money salesmen. This explains why many of them are so ornery so much of the time.

Ask A Banker: What Do Investment Bankers Actually Do?

Ask A Banker: What Do Investment Bankers Actually Do? 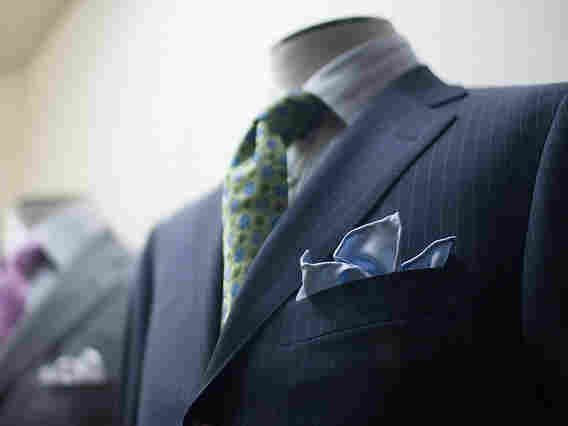 Hi! My name's Matt. I write about the financial industry for a site called Dealbreaker. Before that, I made a living as an investment banker, underwriting convertible bonds and other equity-linked securities and selling equity derivatives to corporate clients. (I know!)

At Dealbreaker I mostly write for an audience of financial industry professionals, the sort of people who would understand (but probably not read) that job description I just wrote. But since these days the workings of the financial industry are of broader interest, the Planet Money team thought it might be fun for me to occasionally answer questions here about how finance works. We'll start with some generic questions; if you have questions you'd like me to answer, please email planetmoney@npr.org and write "ask a banker" in the subject line. Or ask on Twitter (@planetmoney).

Q. What do investment bankers actually do?

I can't put it better than the senior banker who once asked me why I had chosen to "become a traveling money salesman." I've dined out on that phrase ever since, and probably owe him royalties, though I'm not going to sweat it since he's quite rich.

Investment bankers are traveling salesmen (and women), which explains why many of them are so ornery so much of the time. It also explains why, while in popular perception investment bankers are arrogant jerks wearing Hermès ties, actual individual bankers tend to be perceived by their clients as obsequious and needy. Because they're selling something. Specifically, they're selling money to companies.

Say a company wants to get money to build a factory or hire more workers or whatever. It can get that money by issuing stock or bonds. "Issuing bonds" just means "borrowing money from strangers." "Issuing stock" is more existentially complicated, but "giving people partial ownership of your company in exchange for cash" is good enough.

Issuing stocks or bonds requires finding someone to buy them, and most companies aren't good at selling stocks and bonds, so they hire investment bankers as middlemen to help them find people looking to invest money.

When a company decides to issue stock or bonds, investment bankers perform "due diligence" to make sure the company's accountants will say that the company's financial statements say what they say they say. Then they write up a prospectus explaining the risks and benefits of buying the stock or the bond.

Finally, investment bankers hand the prospectus to the sales and trading staffs at their bank, who go out and convince mutual funds, hedge funds, rich people, and moderately less rich people to buy the stocks and bonds, while the investment bankers stand around saying helpful things like "good luck!" and "try to sell more stock!" and "hurry!"

No one reads the prospectus.

In future columns, I'll discuss the other main thing investment bankers do: Mergers & Acquisitions. And I'll talk in more detail about what I actually did in the industry. Let me know what else you'd like me to talk about.