Accessibility links
Why A Hedge Fund Seized An Argentine Navy Ship In Ghana : Planet Money More than a decade after Argentina refused to pay back $100 billion in debts, the country's assets are still vulnerable to being impounded by the repo man. 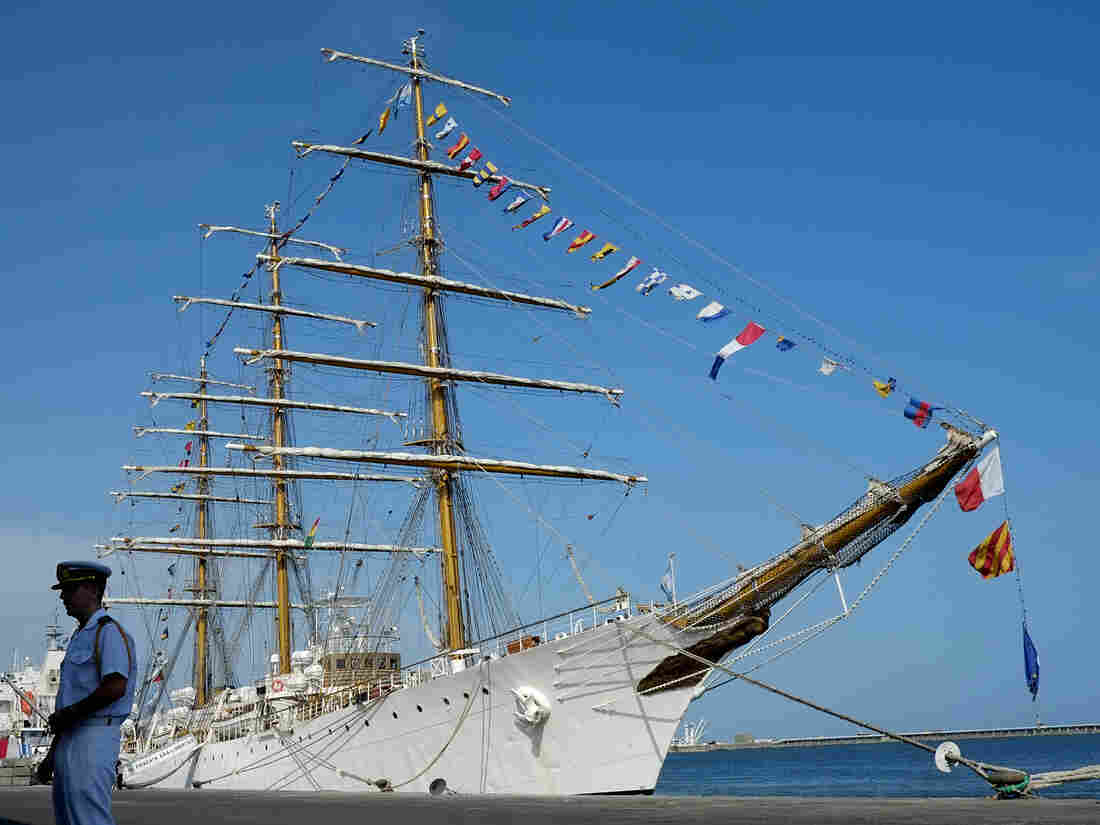 The Libertad is being held in port near Accra, Ghana. Michael A. Mariant/AP hide caption

The Libertad, a ship owned by the Argentine Navy, set sail across the Atlantic a few months ago. It was being tracked, via the Internet, by a U.S.-based hedge fund called NML Capital.

The Libertad is a tall-masted sailing ship used for training sailors. NML Capital owns over $1 billion of Argentine debt that the country has refused to repay.

The Libertad was supposed make a stop in Nigeria. But, because of worries over piracy, the ship docked instead in Ghana. That's when NML Capital filed suit in court in Ghana, asking for an injunction to seize the ship as partial repayment for the debt.

A judge granted the injunction a few weeks ago and ordered that the ship be prevented from refueling until Argentina posts $20 million with the court, which would be used to repay NML Capital.

This, not surprisingly, has been a huge deal in Argentina, which has refused to pay. The chief of the Argentine navy resigned because of the scandal. This weekend, the country evacuated most of the ship's crew, but the captain and a skeleton crew are still aboard.

The fight over the ship goes back to 2001, when Argentina defaulted on roughly $100 billion in national debt — the biggest sovereign default of all time. The move was arguably good for the country's economy. But, clearly, it also created some long-term trouble.

Between 2005 and 2010, Argentina cut deals to discharge 93 percent of its unpaid debt. Bondholders took huge losses, accepting 30 cents on the dollar. But the people who hold the other 7 percent of the debt are still fighting to get the money they're owed.

This means that any assets Argentina holds overseas — including, apparently, a tall-masted navy ship docked in Ghana — are vulnerable to being impounded by the repo man.

For More: Listen to "The Price Of Default," our show from last year on Argentina's default and the efforts of creditors to seize Argentine assets.