Accessibility links
Foreclosures Are Falling In States Where It's Easy To Foreclose : Planet Money And they're rising in many states where it's hard to foreclose. States face a tradeoff between protecting homeowners and getting through the foreclosure crisis. 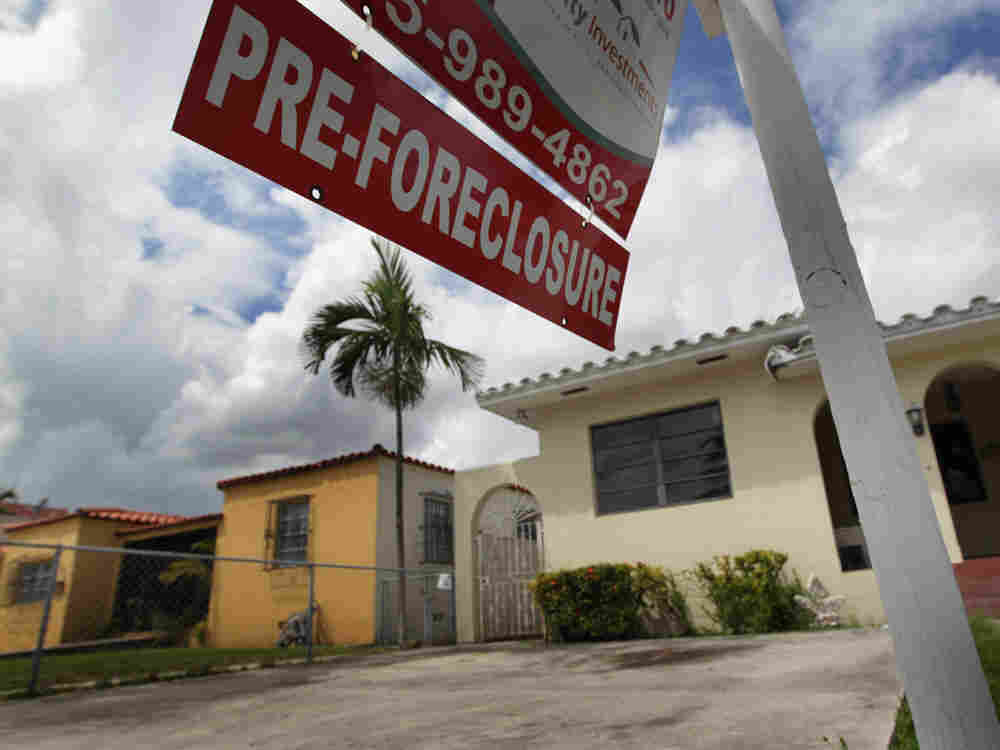 In New York, it takes an average of about three years for a bank to foreclose on a house.

In Texas, it takes about three months.

That's a huge, huge difference, and it's largely by design. About half the states in the country, including New York, require foreclosures to go through the courts. This slows down the process, and is intended to reduce the risk of someone being wrongly foreclosed on. In the other half of the country, including Texas, a third-party trustee can foreclose without going through the courts.

As we've noted before, foreclosed houses tend to sell for significantly less than similar houses that haven't been foreclosed on. And the massive wave of foreclosures that followed the housing bust has been a drag on home prices for years now.

This isn't true for every state — some non-judicial foreclosure states are seeing rising foreclosure rates, and vice versa. But according to Darren Blomquist, a VP at RealtyTrac, the tradeoff is clear. "A longer foreclosure process is prolonging the pain and the path to recovery for distressed properties," he says.