Accessibility links
The Candidate Is Fake; The Consultants Are Real : Planet Money Yesterday, we had economists create their dream presidential platform. Today, we seek professional help to launch our fake presidential candidate.

When our series began yesterday, we brought together five economists from across the political spectrum and had them create a platform for their dream presidential candidate. It's a platform — Get rid of a tax deduction for homeowners! Raise the price of gas! — that would sink any real candidate.

But we aren't creating a real candidate. We're creating a fake candidate. And to help us, we talked to two veteran political consultants — Hank Sheinkopf and Kim Alfano.

"You have a radical plan which will bankrupt families," Alfano told us. "You're insane."

"I think you should move to another country," Sheinkopf said.

And after they both finished laughing at the economists' ideas, the consultants agreed to help us create a campaign for our fake candidate.

Sheinkopf's first piece of advice: Don't be so brainy.

Take, for example, our economists' plan to eliminate the mortgage-interest tax deduction. We shouldn't mention that getting rid of the deduction would cost middle-class homeowners money, Sheinkopf said. Off the top of his head, he sketched out a possible TV ad:

"A bold economic plan to protect America's future," he said. "Get rid of deductions for the rich. ... Tax deduction for homeownership takes millions of dollars away from people in need, reduces services, takes money away from the places we need to spend it. From education. From health care. For our children, for our future ... reform the tax system."

You'll note the ad doesn't appeal to logic. It doesn't ask people to give up anything valuable. It says: Soak the other guy.

Alfano said the ad shouldn't get bogged down in the details. Because once you give specifics, your opponent can use them against you. Sell images, not specifics.

One thing you should never see in any political ad, according to Alfano: an economist. 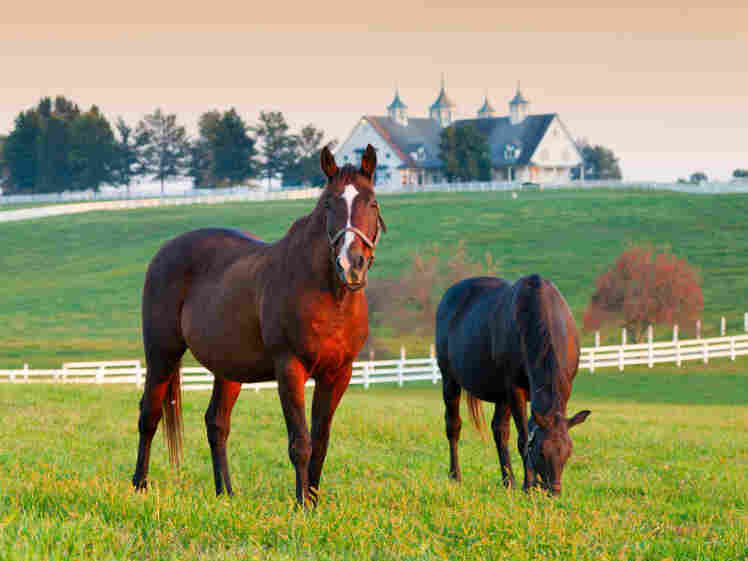 One consultant's vision for our political ad: "I see a horse." iStockphoto.com hide caption