Accessibility links
NYT Excerpt: What Rust Belt Voters Really Need : Planet Money Rust Belt voters would be better served if the next president could persuade American businesses to stop complaining about China and instead focus on making goods that Chinese consumers want to buy. 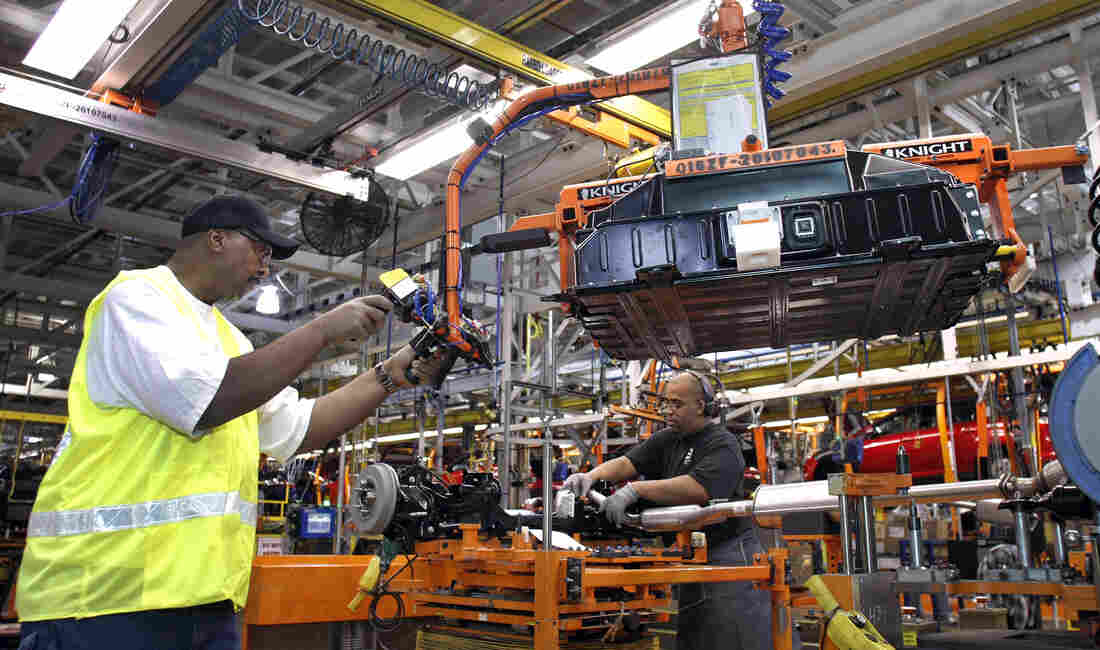 "As this political cycle comes to a close, it's clear that the U.S. has entered a new economic chapter," Adam Davidson writes in his latest New York Times Magazine column. "By the next election, the upheaval of the past few years will have (hopefully) settled, and we'll be looking at a clearer vision of our future.

It's a future in which the U.S. economy will no longer be the center of the world.

It's useful to consider the framework of Ian Bremmer, president of the Eurasia Group, a political consultancy. American power during the past half century, Bremmer says, has been based on a strong military and an enormous market — one that can reward and punish. And while the former has maintained its standing, the rest of the world is becoming much less fixated on the latter. Romney and Barack Obama can promise to punish China all they want ... but their statements merely suggest either that they don't realize America's economic power has diminished or (more likely) that they're just too afraid to say it out loud. And that's too bad. Those Rust Belt voters would be better served, Bremmer says, if the next president could persuade American businesses to stop complaining about China and instead focus on making goods that its consumers want to buy. For decades, Chinese businesses studied the American market. Now it's time to play catch-up.