Accessibility links
Americans Bet $211 Million On The Presidential Election — In 1916 : Planet Money A hundred years ago, political prediction markets thrived on Wall Street — until the government worried that people might try to sway the election by betting

Americans Bet $211 Million On The Presidential Election — In 1916

Americans Bet $211 Million On The Presidential Election — In 1916 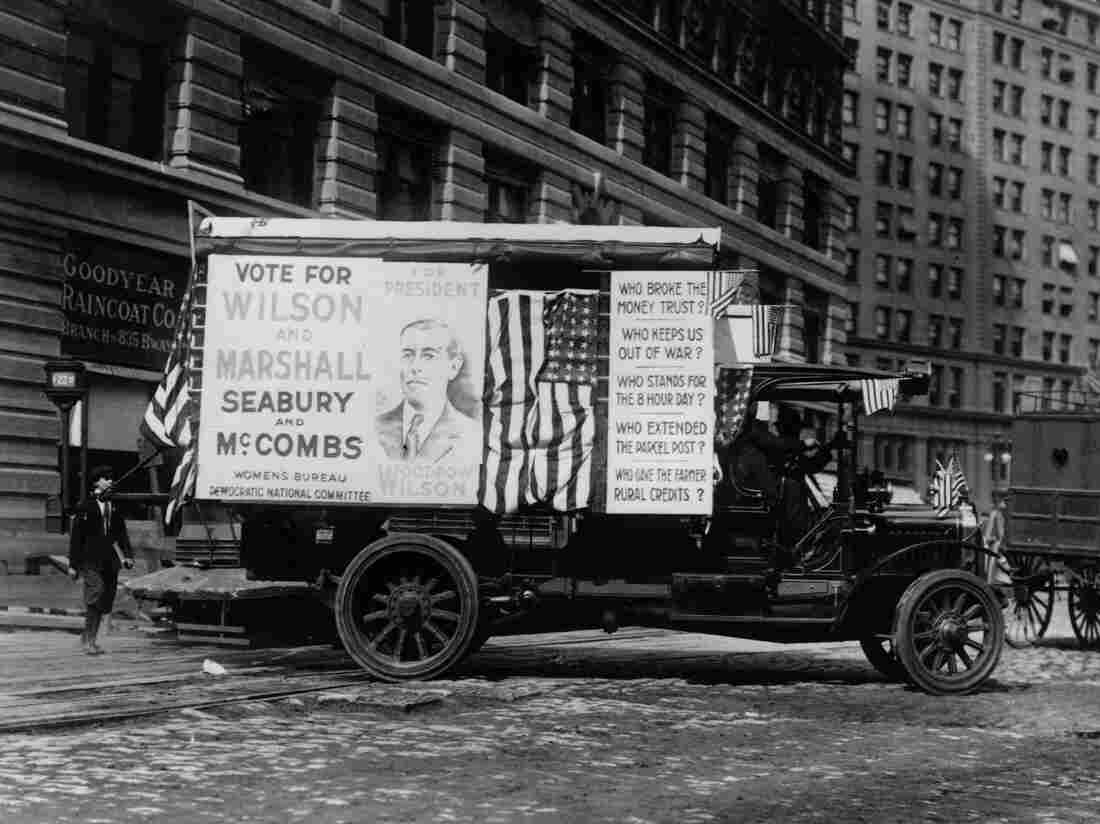 American political observers were building betting pools as early as the Lincoln Administration, according to economists Paul Rohde and Koleman Strumpf. By the 1890s, Wall Street supervised the betting, and newspapers reported the latest odds in the next edition. "In presidential races in 1896, 1900, 1904, 1916, and 1924, The New York Times, Sun, and World provided nearly daily quotes from early October until Election Day," Rohde and Strumpf write. One hundred years before Nate Silver, the Times was reporting on election odds.

These markets were proto-Intrades. Adjusted for inflation, tens of millions of dollars were invested, topping out at an absurd $211 million (in today's dollars) for the down-to-the-wire Wilson-Hughes race of 1916. Moreover, the markets were quite predictive. "The capacity of the betting markets to aggregate information is all the more remarkable given the absence of scientific polls," Rohde and Strumpf write. Crowd-sourced wisdom didn't need formalized data—just gut feel. ...

By World War II, betting markets had all but disappeared. Spooked by the potential for people to rig the election with their bets, New York's state government cracked down on electoral gambling.

Here's the Rohde and Strumpf paper.