Accessibility links
Energy Independence Wouldn't Make Gasoline Any Cheaper : Planet Money If you don't believe me, just ask Canada. They produce more oil than they can use — and they pay just as much as we do. 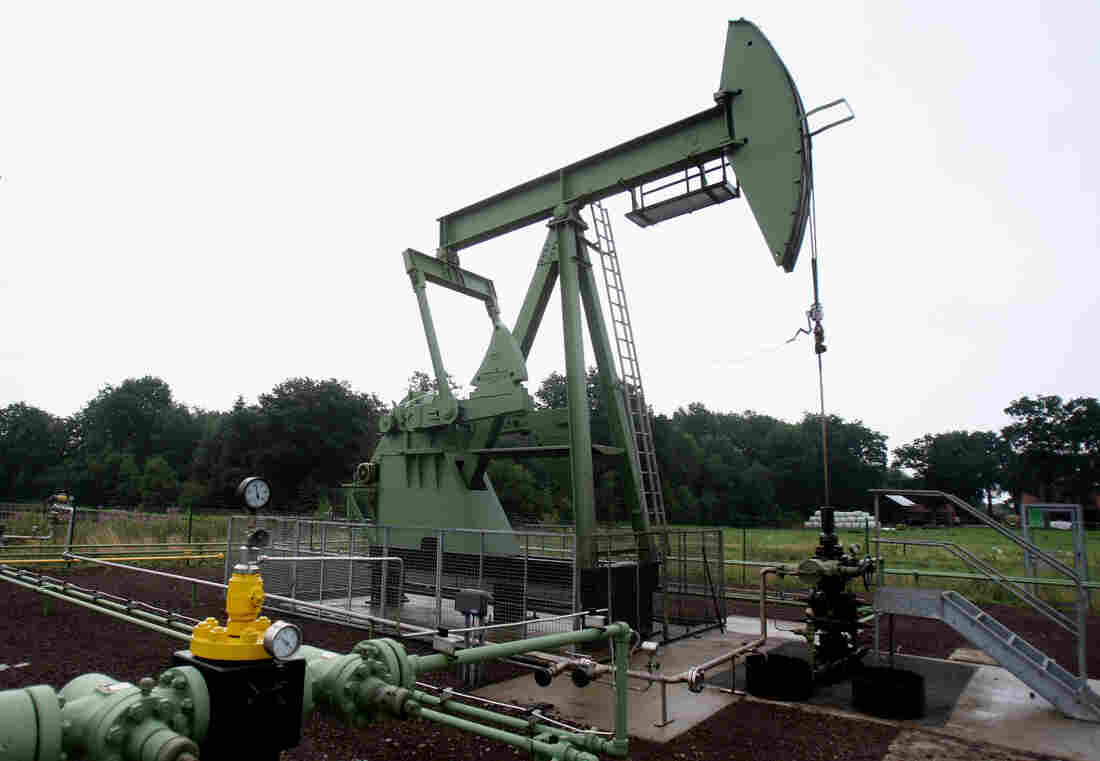 Just about every president since Richard Nixon has set energy independence as a goal, and both major candidates have brought it up the current campaign.

As it turns out, there is a place, not so far from here, that has achieved energy independence: Canada.

Canada produces far more oil than it consumes. They're not dependent on the Middle East! They've got all the oil they need!

I called Stephen Gordon, a professor of economics at Université Laval in Quebec City, to ask him about what energy independence means for his nation.

Really? I asked him what gas station he used to fill up his car.

Ultramar. Corner of St. Olivie and St. Jean Baptiste. I called the station and (with the help of a colleague who speaks French) learned that they Charge $1.37 per liter, in Canadian dollars.

Do all the conversions, adjust for taxes, and you get something around $4 per gallon — about the same price as we pay in the U.S. right now.

Energy independence does not mean cheaper gasoline. It doesn't even mean that prices are more stable. Gas prices in Canada went up this summer just like they did in the United States. Prices in Canada are sensitive to conflict in the Middle East, or increased demand from China.

There is a global market for oil. That means there is basically one price, whether you are a net exporter (Canada) or the world's biggest importer (the U.S.).

It is good for Canada's economy to export oil to the rest of the world. Oil is money sitting there in the ground. But it doesn't make gas any cheaper at the pump.