Accessibility links
Why Economists Love Price Gouging, And Why It's So Rare : Planet Money Like millions of other people, I stocked up on canned food this weekend. Why didn't grocery stores raise prices to take advantage of the pre-hurricane rush?

Why Economists Love Price Gouging, And Why It's So Rare

Why Economists Love Price Gouging, And Why It's So Rare 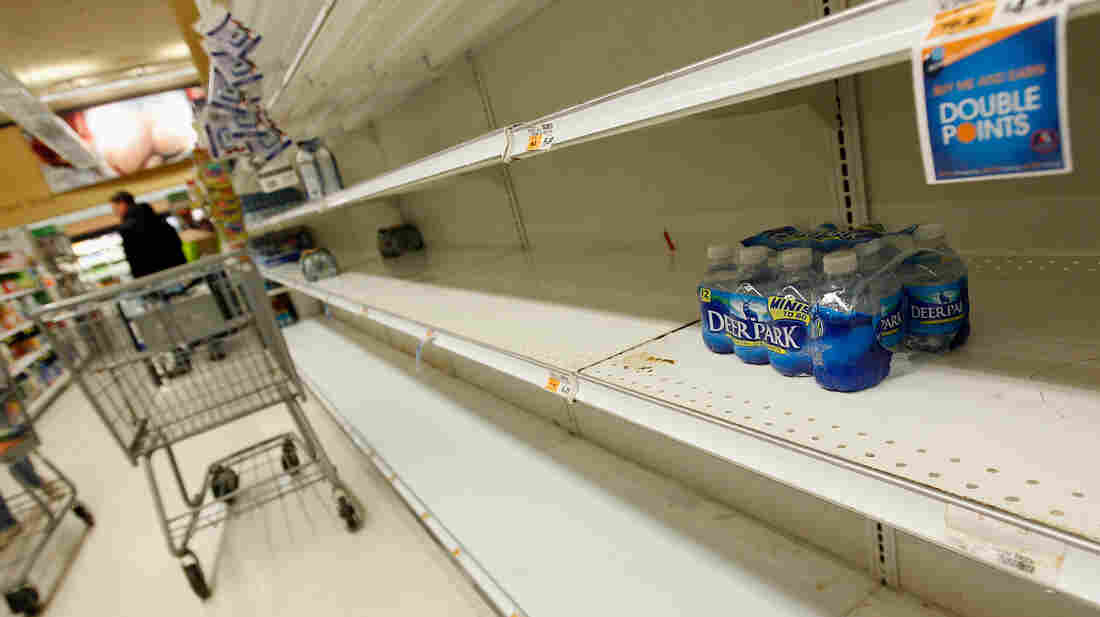 I'm holed up in my Brooklyn apartment right now with my wife and our two young daughters. Even if we lose power and get stuck inside for a few days, we'll be OK; like millions of other people up and down the East Coast, we stocked up this weekend on peanut butter and crackers and powdered milk and bottled water and cans of beans and tomatoes and tuna.

The prices for all those things were the same as they always are. But if the grocery store had doubled or even tripled its usual prices in response to the pre-hurricane rush, we would have bought the food anyway. We needed it, and we didn't have time to shop around.

As far as most economists are concerned, it would be totally reasonable for a grocery store to raise prices the day before a hurricane. In fact, that's what's supposed to happen. If prices don't go up when demand increases, you wind up with shortages. To an economist, empty shelves at grocery stores are evidence that prices were too low.

In a famous study, the Nobel Laureate Daniel Kahneman and his co-authors asked ordinary people lots of questions about pricing and fairness. One question described a hardware store that raises the price of snow shovels from $15 to $20 the morning after a snowstorm.

The higher price sends a signal to the world that says: Send more snow shovels! Someone who runs a hardware store an hour away might be inspired to put a bunch of shovels in the back of a truck and bring them to town, easing a potential shortage and, perhaps, driving prices back down.

But, not surprisingly, 80 percent of people surveyed said raising the price of snow shovels after a storm would be unfair. Presumably, those people would also say it's unfair for a store to double prices on canned food the day before a hurricane.

People feel so strongly about this that they've passed price gouging laws in many states, banning merchants from raising prices during hurricanes or other natural disasters. Today, governors and and other officials are warning merchants against price gouging; after the storm passes, there's a good chance we'll hear about some guy getting arrested for selling generators or bottled water or canned food at inflated prices.

But that story will be the exception. Even in states without price gouging laws, most stores won't raise prices for generators or bottled water or canned food. Which raises a question: Why? Why doesn't price go up when demand increases? Why don't we see more price gouging?

The people Kahneman surveyed said they would punish businesses that raised prices in ways that seemed unfair. While I would have paid twice the normal price for my groceries yesterday, I would have felt like I was getting ripped off. After the storm passed, I might have started getting my groceries somewhere else.

Businesses know this. And, Kahneman argues, when basic economic theory conflicts with peoples' perception of fairness, it's in a firm's long-term interest to behave in a way that people think is fair.

So when my grocery store reopens after the hurricane, the price of a can of beans will probably be the same as it was last week, even if there's a line out the door and empty shelves inside.