Accessibility links
Episode 415: Can A Poor Country Start Over? : Planet Money On today's show, a North American economist and the chief of staff to a foreign president fall in love with the same idea. It's an idea they think can solve one of the oldest, hardest problems in economics: How can poor countries get richer? 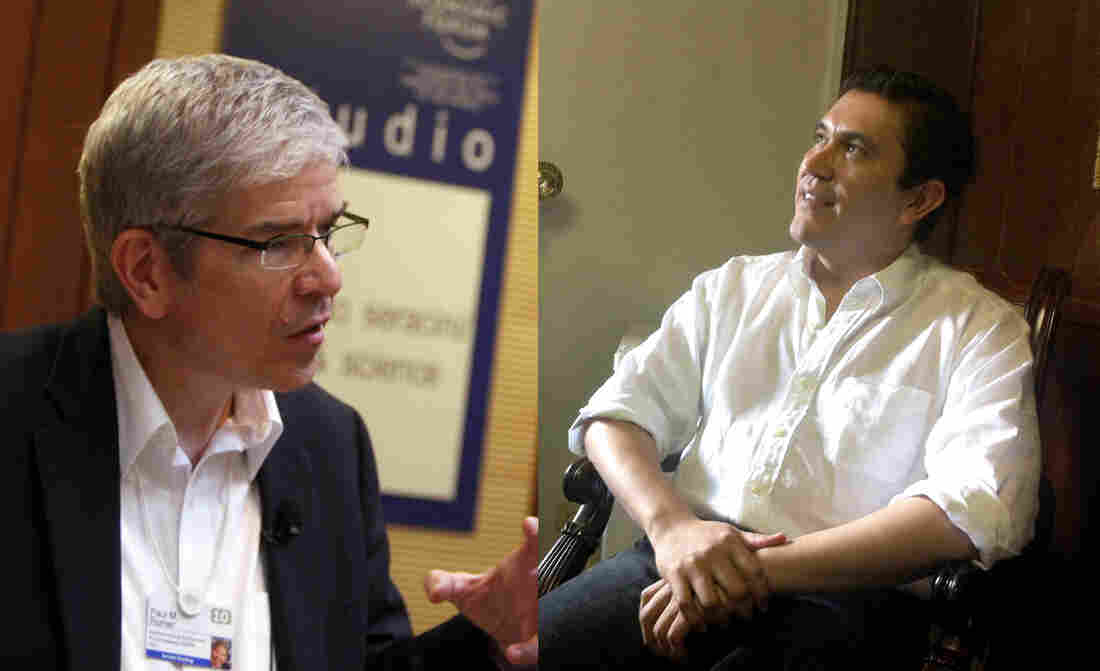 Today's show is the story of two men and one big idea.

The big idea is that a poor country should take a small, empty part of its territory and say: We're going to build a new city here. And in this new city, we're going to get rid of our existing laws and rules, and bring in the best laws we can find from around the world. Get help from foreign countries. Maybe the UK could serve as a court of appeals. Maybe Canada could send in a few Mounties to help set up a police force.

The two men are Paul Romer, a world famous North American economist, and Octavio Sanchez, chief of staff to the president of Honduras.

They think their big idea could be the answer to one of the oldest, hardest problems in economics: How do poor countries get richer?

And they seem like a perfect match. Paul is a famous economist who can sell the idea around the world. Octavio has the ear of the president in a poor country looking for a change.

On the show, we find out what happens when they try to make their idea a reality.