Accessibility links
Death Takes A Policy, Cont'd : Planet Money An attorney who profited from a scheme involving the terminally ill has pleaded guilty to identity theft and wire fraud. 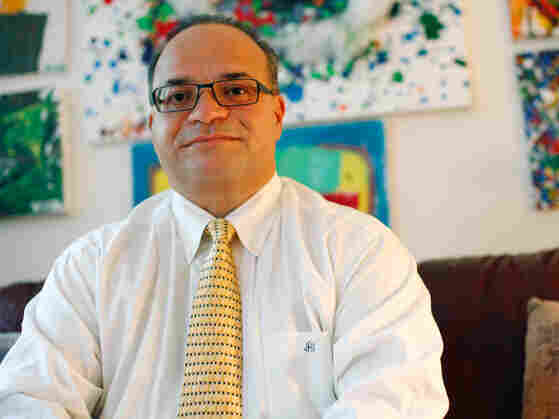 Earlier this year, we partnered with ProPublica for a story on This American Life:

An estate attorney in Rhode Island discovers the investor's Holy Grail: a financial scheme that guarantees only reward and no risk. All upside with no downside. The only catch? You have to die in order to get the money. ... Alex Blumberg from Planet Money and Jake Bernstein from ProPublica tell the story of how the attorney, Joseph Caramadre, figured out how to get someone else to die instead.

Now, the attorney and his former employee have pleaded guilty to identity theft and wire fraud. ProPublica reports:

As part of the plea deal, prosecutors will not ask for more than 10-year sentences for each man. Ultimately, it will be up to the judge's discretion how much prison time they receive. Sentencing is scheduled for Feb. 8.

As part of the plea agreement, Caramadre and Radhakrishnan agreed that the object of the scheme was to defraud the insurance companies and bond issuers. The two men did so by obtaining the identity information of terminally ill individuals through false explanations as to why their signatures were required. They also took steps to prevent the terminally ill from understanding the documents they were signing. In some cases, the signers never even saw the full documents to which Caramadre attached their signatures.