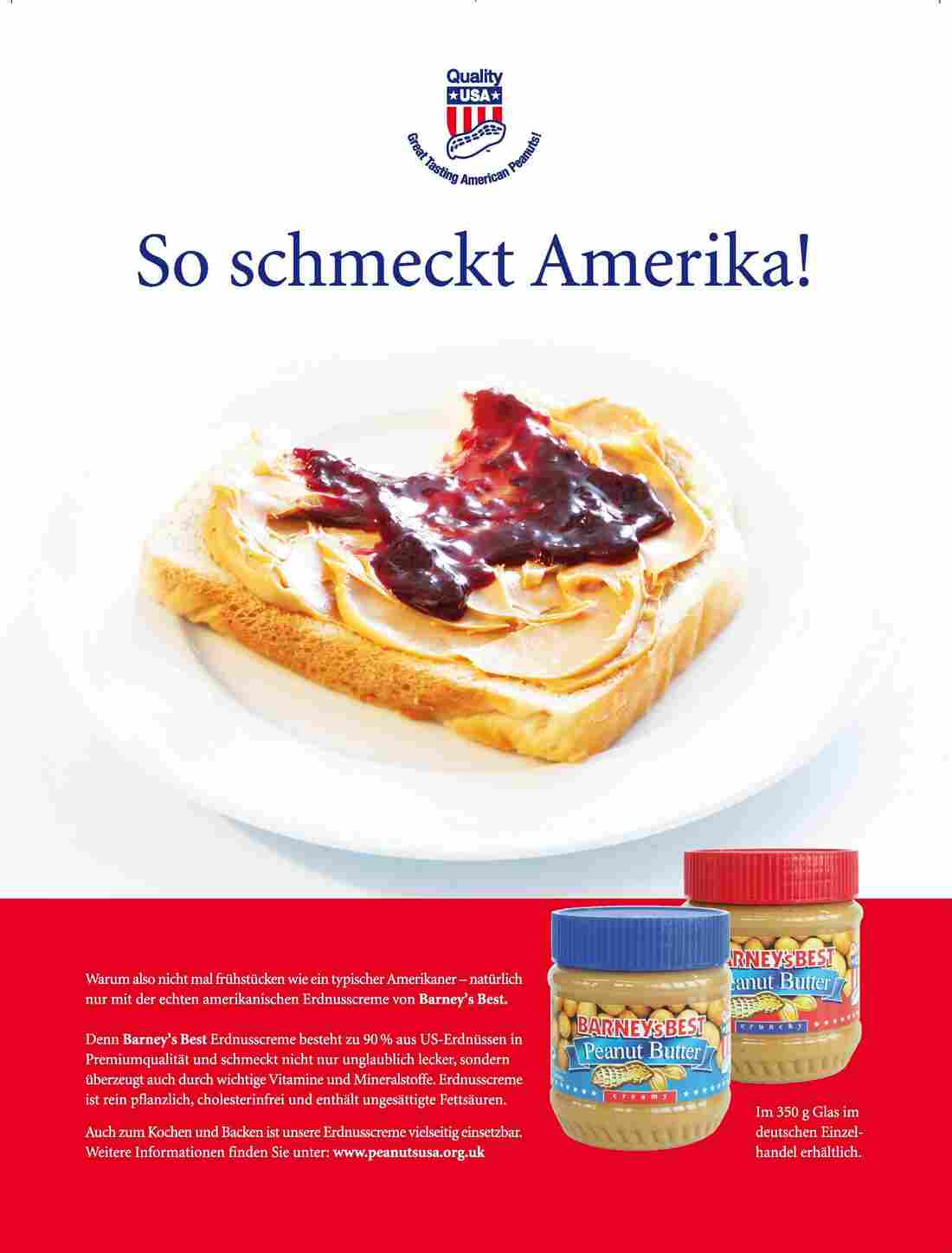 "This is how America Tastes!" American Peanut Council hide caption

This is a particular bummer for the farmers right now, because they're sitting on a peanut glut. This year's harvest was nearly twice as abundant as last year's (over 6.1 billion pounds), and the majority of those nuts are a variety (runner peanuts) that are often used for peanut butter.

As a result, peanut butter prices are likely to fall in the U.S. next year. If only the Europeans would eat peanut butter the way they eat Nutella, or whatever it is they eat instead of peanut butter!

In fact, for more than 20 years, U.S. peanut farmers have been running ads to try to get Europeans to try peanut butter, according to Patrick Archer, president of the American Peanut Council.

There's been some growth, especially in the Netherlands, UK, and Germany, Archer told me. But the EU is still a tiny, tiny market for U.S. peanut butter. The average European still eats less than one tablespoon of U.S. peanut butter in an entire year. That's not nearly enough to make a dent in the glut.