Accessibility links
Episode 426: 'The Rest Of The Story' (2012 Edition) : Planet Money We look back at the stories we've done in 2012 and tell you how everything turned out. 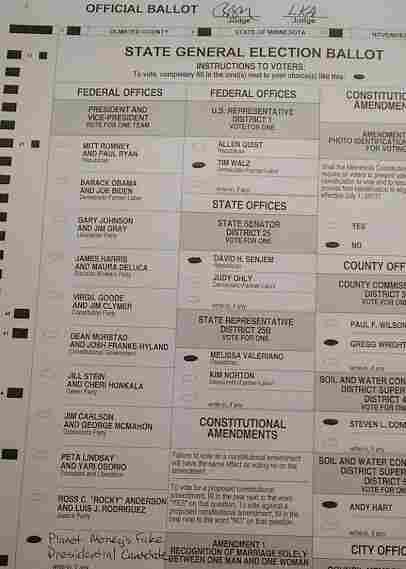 On today's show, we take a page from radio newscaster Paul Harvey and tell you "the rest of the story."

We look back at the stories we've done in 2012 and tell you what we got right, what we got wrong and how everything turned out in Belize. Plus, we try to to figure out whether that Facebook ad did anything to help Pizza Delicious.

Planet Money's Fake Presidential Candidate
What Can We Do With Our Shell Companies?
Why It's Illegal To Braid Hair Without A License
Facebook: Now What?
How Do You Decide Who Gets Lungs?