Accessibility links
The Fiscal Cliff: A Love Story : Planet Money Wonks from across the political spectrum look at the upside of the cliff. 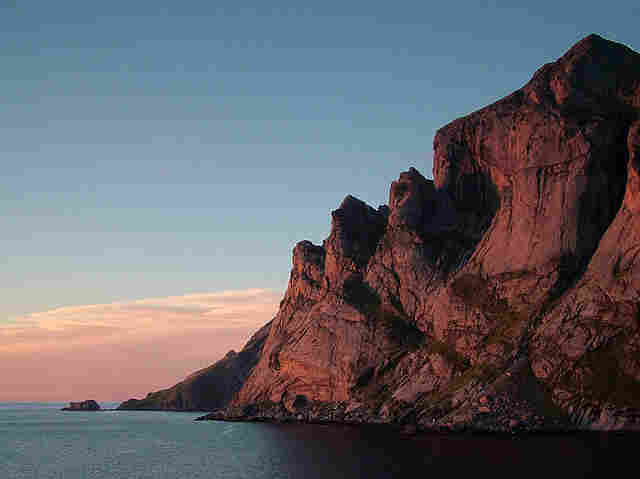 America, if you're scared by all the talk you've been hearing about the fiscal cliff, take heart: There are reasons for people across the political spectrum to love the cliff.

There's a lot for liberals to like in the fiscal cliff, says Matthew Yglesias, who writes wonky articles about economics for Slate.

Take the spending cuts. Entitlement programs like Social Security and Medicaid that liberals generally support are left unaffected, while a large share of the cuts fall on the military, which many liberals would be happy to reduce anyway.

The combination of tax hikes and spending cuts could eventually send the country into recession. But that probably won't happen, Yglesias says, because at some point in the next few weeks Congress will probably agree on a compromise.

That's partly because going off the cliff will let Congress sell a tax increase as a tax cut. Simon Johnson, an economist at MIT, walked me through how that works.

A big part of the fiscal cliff is the expiration of temporary tax cuts. So, for example, the 33 percent tax bracket will rise to 36 percent on Jan. 1.

Conservatives who worry that the government is borrowing too much money should love the cliff for a simple reason: It will cut the deficit.

The federal government spends over $3.5 trillion every year — on health care for the elderly, drones for the military, bridges, etc. But the government only brings $2.5 trillion in tax revenue. We borrow the remaining $1 trillion, and we're going to have to pay it back eventually.

"It forces taxpayers to realize what they're paying, and I think that's a good thing," Russ Roberts, a libertarian economist at Stanford's Hoover Institution, told me.