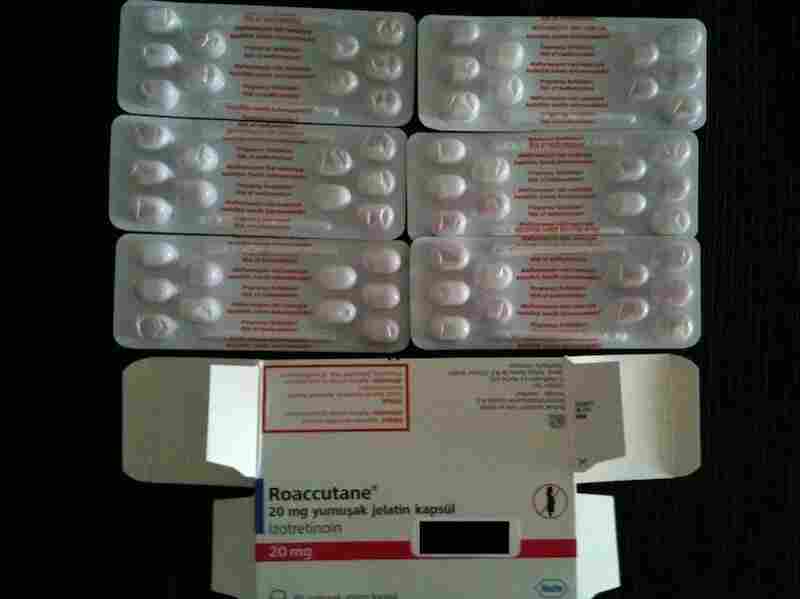 An apparent feud between two black market pharmacies has shed light on a shady global industry.

"Rx-Promotion and SpamIt probably are responsible for upward of 50 or 60 percent of spam that you and I got in our inboxes over the last five years," said Brian Krebs, a cyber-security reporter who chronicled the alleged feud on his website. "It's just a ridiculous amount of problems that these two guys cause for everybody."

As part of a dispute between the pharmacies' owners, the digital files of both companies — once two of the largest black market pharmacies in the world — were hacked and ended up in Krebs' hands.

This information offered a unique look at an industry that's typically shrouded in secrecy. Overwhelmed by the amount of information, Krebs shared the data with academic researchers, including Stefan Savage, a professor of computer science and engineering and University of California, San Diego.

Savage used this data to analyze the industry's business model and co-wrote a research paper this summer with his findings.

At the center of these operations are these international pharmacies, often in countries like Russia.

Because these sites operate in the black market, selling prescription drugs without prescriptions, they've historically turned to spam and other shady advertising practices to get the word out about their medications.

"We wouldn't call what they're doing legitimate; it's illegal in this country," said Savage. "But the fundamental practice is, they are trying to advertise this product."

The spammers are typically independent contractors paid on commission by the pharmacy for the sales they generate — something like 30 or 40 percent of the purchase price.

But once a customer goes to the pharmacy site and chooses his or her drug of choice, the pharmacy takes over. It finds someone to process the credit card payment, which is difficult given the nature of the transaction. Then, it has to get the drugs to the customer.

"They don't actually typically warehouse any drugs themselves," Savage said. "So they'll contract with third parties who have access, usually, to generic drug manufacturing in India and China."

In the course of Savage's research, he and his team placed over 800 test orders and typically received their chosen medications in a timely fashion.

"We've maybe only had one time where we didn't get anything," said Savage. They tested some of the drugs they received, and all had the proper amount of the active ingredient.

Savage says the vast majority of customers are ordering erectile dysfunction drugs. Others order painkillers or stimulants for recreational use. But up to 15 percent of orders come from people seeking medications to treat chronic health conditions, likely because they can't afford to purchase them through legal avenues.

Dave Keck turned to an online pharmacy when he was dropped from his parents' insurance and decided his acne needed prescription-strength help from a medication called Accutane. He researched different international pharmacies and chose one in Latvia that didn't require a prescription.

"I called Walgreens, and they said it was going to be about $600 for a month's supply of what I researched is what I should take," said Keck. "And on this online pharmacy, I think it was like $40 for the same amount, so that was a no-brainer."

Keck knew the risks, both of taking a very strong anti-acne drug without a doctor's supervision and of ordering drugs from abroad. It's technically illegal in the U.S., and he worried it might be a scam. But he decided to place an order. He watched his credit card for extra charges, and then three weeks later he received a padded yellow envelope from Turkey.

"What I got from this pharmacy was in kind of a binder," said Keck. "And they included one [box] of the actual medicine, but the rest was taped down to the inside of this binder. It looked pretty suspicious."

But the pills were all in sealed blister packs with branding that looked more legitimate, though the writing was in Turkish. Keck decided to try taking the medication. He figured it was either real Accutane or a sugar pill.

"After I'd taken it for about a week, I was 100 percent sure it was the real deal, just based on the side effects," said Keck.

His skin dried up, his lips got really chapped, and his acne went away.

Not all online pharmacies operate in the black market; the Food and Drug Administration says Americans should only order from sites that are licensed and located in the U.S. Otherwise, there may not be proper oversight or quality control on these medications. And if these drugs wind up making customers sicker in the long run, it's actually not such a bargain.