Accessibility links
'Give Me The Money Or I'll Shoot The Trees' : Planet Money A pristine rainforest in Ecuador sits on top of the equivalent of millions of barrels of oil. Ecuador has offered a deal to the rich countries of the world: Pay us billions of dollars, and we'll leave the rainforest untouched. 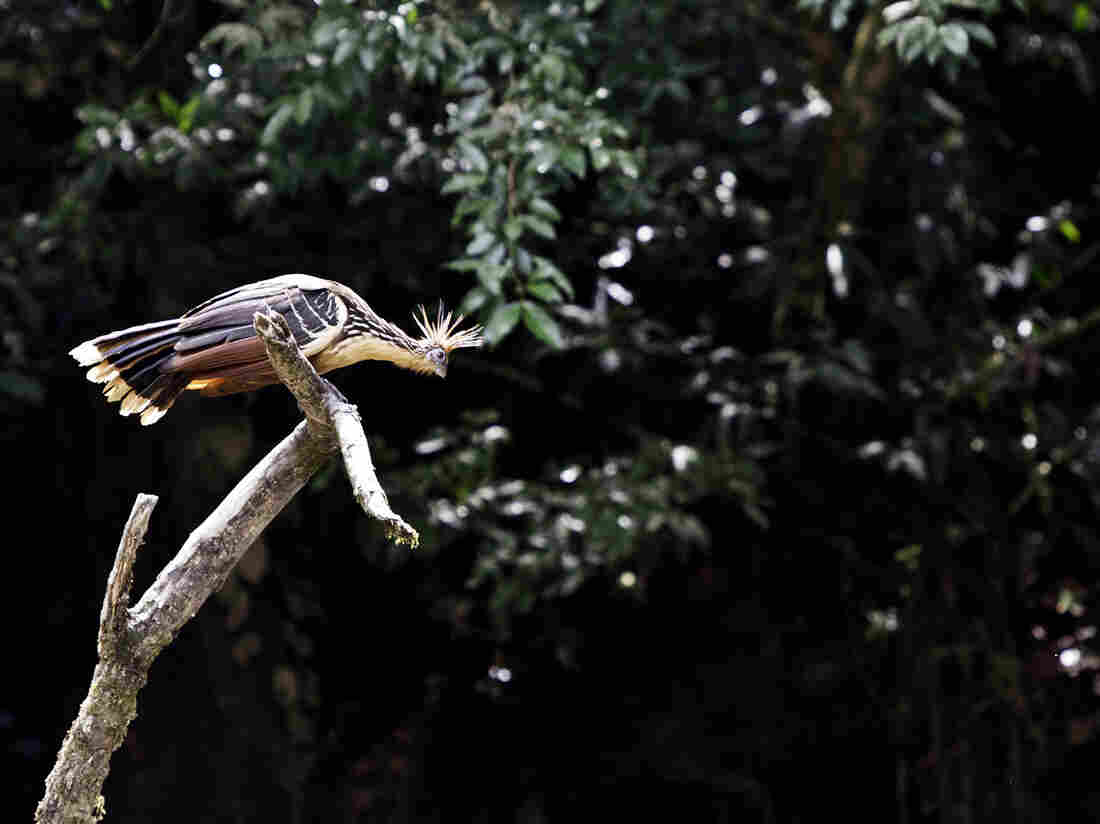 Pay up, or the bird gets it. (A hoatzin perches on a branch in Yasuni National Park.) Pablo Cozzaglio/AFP/Getty Images hide caption 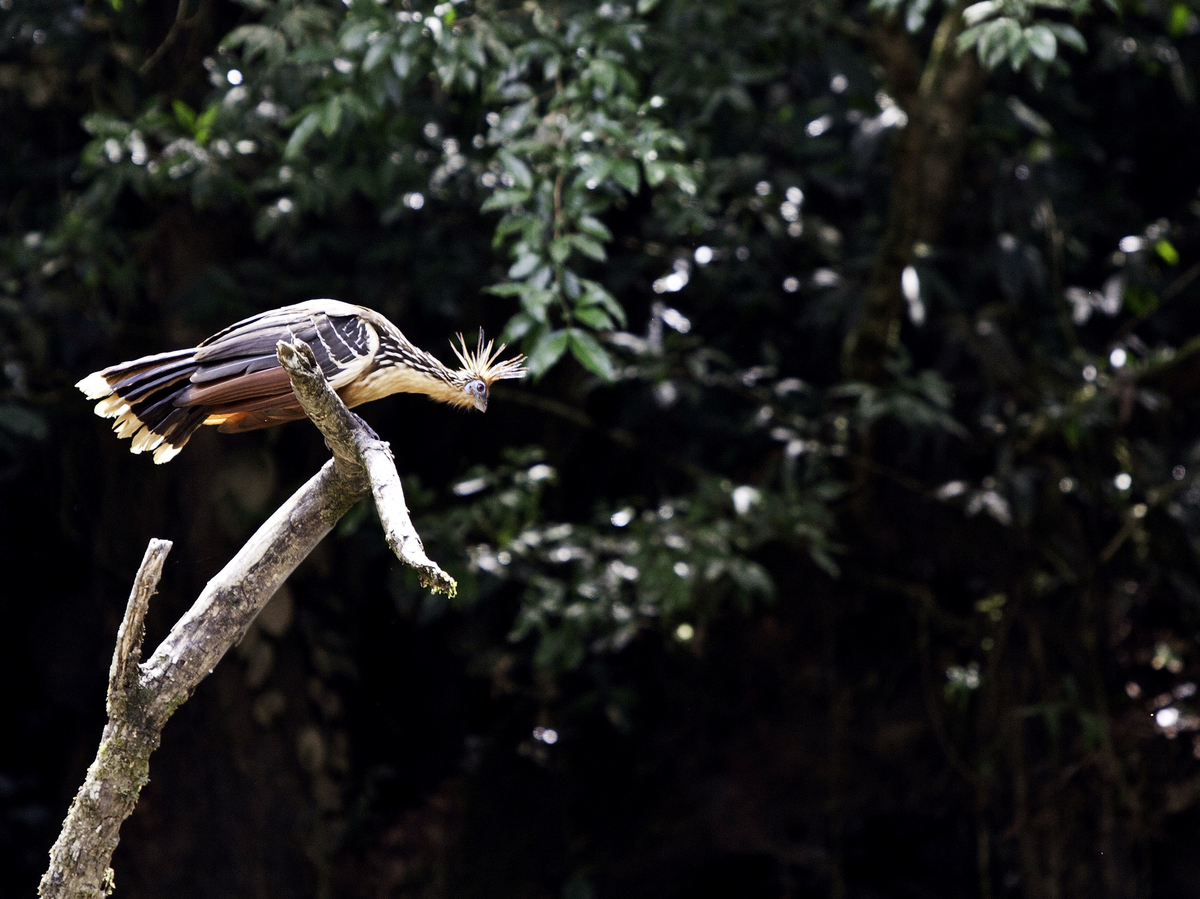 Pay up, or the bird gets it. (A hoatzin perches on a branch in Yasuni National Park.)

Ecuador's Yasuni National Park is one of the most diverse ecosystems on Earth. But there's a complication: The park sits on top of the equivalent of millions of barrels of oil.

This creates a dilemma.

Ecuador prides itself on being pro-environment. Its constitution gives nature special rights. But Ecuador is a relatively poor country that could desperately use the money from the oil.

In 2007, Ecuador's president proposed a way around the dilemma: Ecuador would promise to leave the forest untouched if countries in the developed world would promise to give Ecuador half the value of the oil — $3.6 billion.

"He proposed that we want to keep the oil there," says Ivonne A-Baki, who works for Ecuador's government. "What we need in exchange is compensation."

These days, A-Baki is traveling the world, asking for contributions. She chooses her words carefully. Still, the pitch runs the risk of sounding a bit like blackmail.

"The joke we always used to always talk about was, you know, 'Give me the money or I'll shoot the trees,' " says Billy Pizer, a former deputy assistant secretary for environment and energy under President Obama.

Pizer says he'd love to keep the park safe. But he says the proposal worried him as a potential precedent that would encourage other countries to threaten to destroy their own forests unless the world pays up.

Ecuador pressed ahead. In 2010 it set up a fund through the United Nations, and some countries started handing over checks. But so far, there is only $350 million in the fund — a tenth of the amount Ecuador has asked for.

If the country doesn't reach its goal, A-Baki says, it may eventually drill under the park.