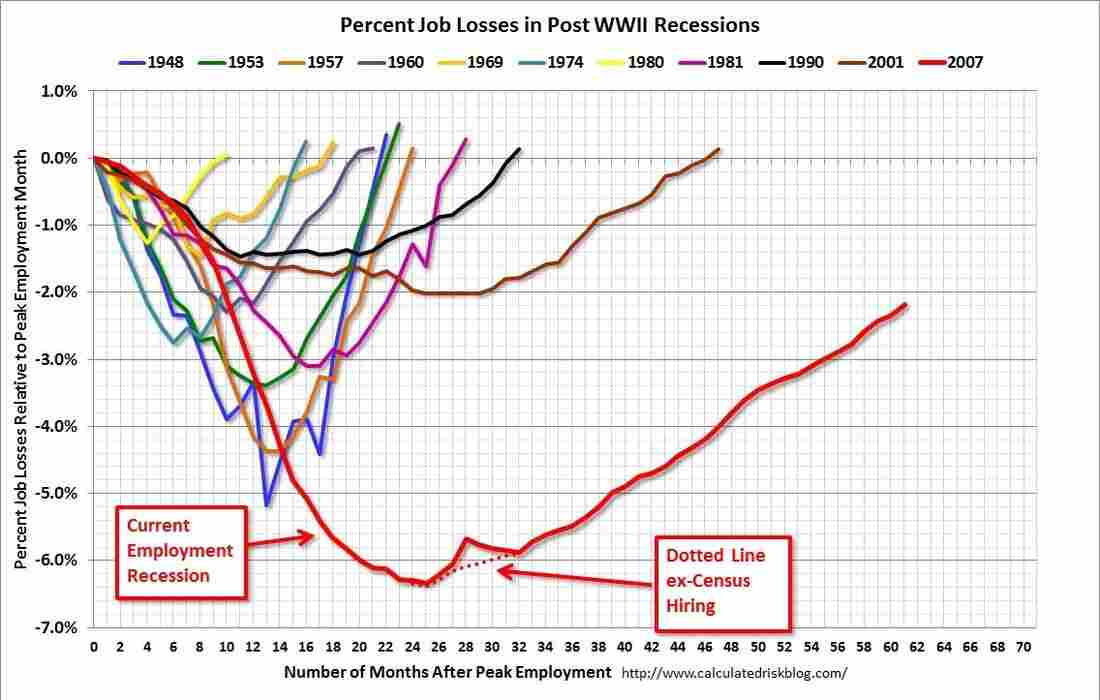 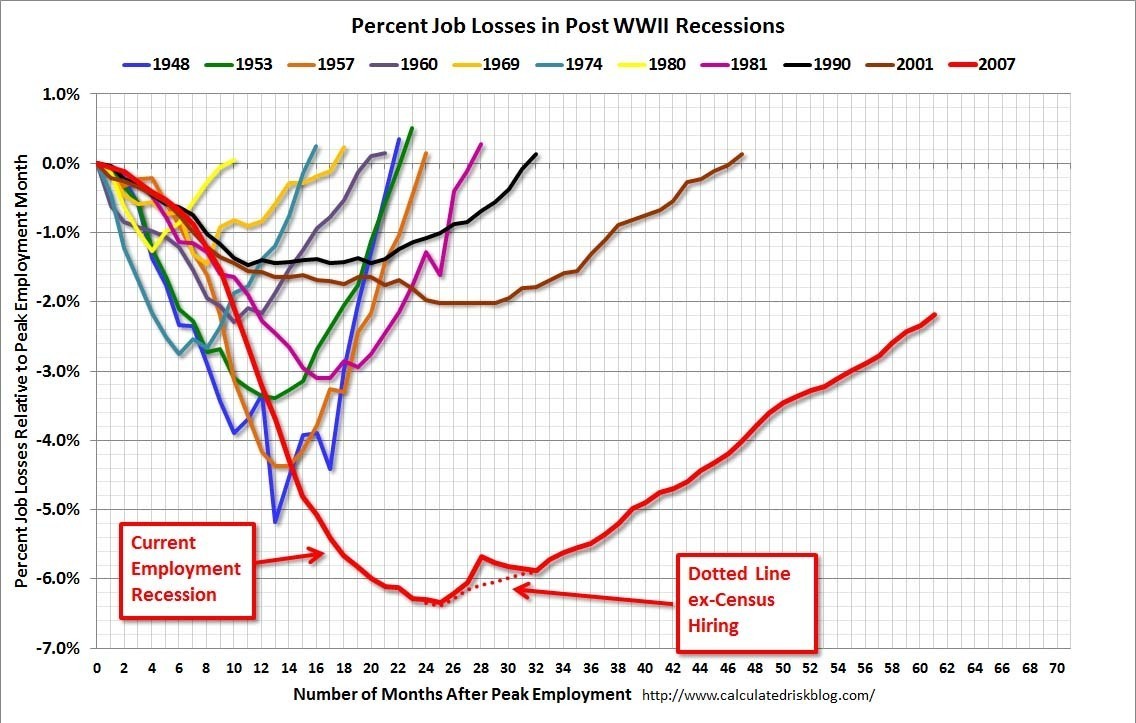 The chart cuts off when employment gets back to its previous peak. But, because of population growth, getting back to where we were five years ago isn't enough. To get back to full employment, we need to have millions more jobs than we had then.

This led us to wonder: What would Scariest Jobs Chart Ever look like if you compared the past five years with comparable periods for all of the other postwar recessions. How much worse is it this time?

Recessions and Recoveries Since 1948

In previous postwar recoveries, the number of jobs was about 7 percent above its previous peak by this point, on average.

In other words, if this had been a typical recession and recovery, the U.S. economy would now have roughly 10 million more jobs than it did at the previous peak. In fact, there are now three million fewer jobs.

There was a bit of good news in the jobs report that came out this morning: The U.S. added 236,000 jobs last month. But, as these charts make clear, there's still a long, long way to go.

Note: This graph was updated on Friday, March 8 to reflect the release of a new jobs report.