Accessibility links
A Computer Fit For The Amish : Planet Money The key selling point is all the things it doesn't do. No Internet, no video, no music.

A Computer Fit For The Amish

A Computer Fit For The Amish 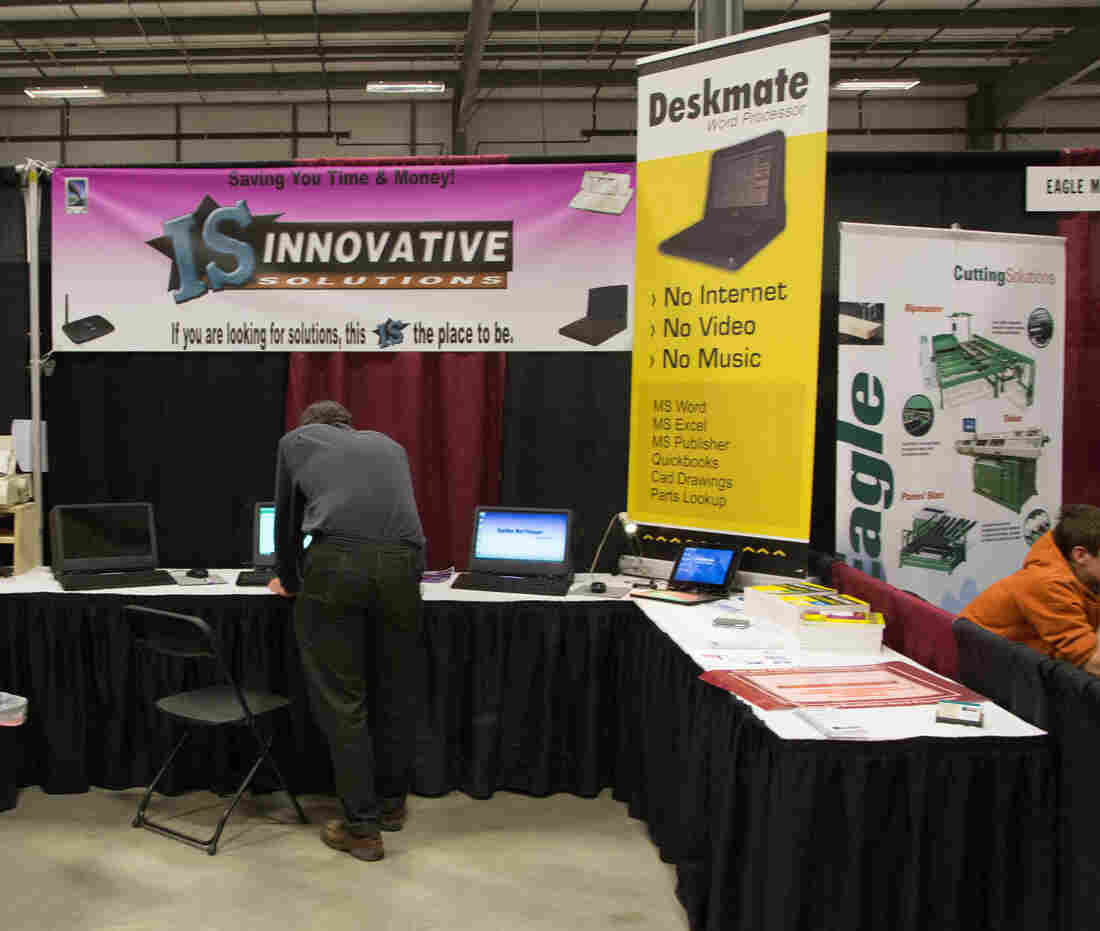 Last week, I had a story on an Amish trade show. It was mostly about power tools, but there was another other thing that we didn't mention in the online version: The booth selling computers to the Amish.

The key selling point, perhaps not surprisingly, is all the things the computer doesn't do. Like the sign says: No Internet, no video, no music.

It's '80s-era technology that lets you do basic word-processing, spreadsheets and accounting. It's the kind of thing some (but not all) Amish people would find acceptable to use for work.

In general, the Amish are more willing to adopt new technology if they can justify it for business reasons and they can keep it out of the home. I met an Amish businessman who gave me his business card with a phone number on it.

I asked if he had a phone and he said yes — but he kept the phone in a separate building outside his home and factory. It had an answering machine they would check every couple of hours. But they couldn't hear it ringing.