Accessibility links
The Last Time Congress Built A Doomsday Machine : Planet Money The U.S. has been through sequestration before. Here's what happened the first time. 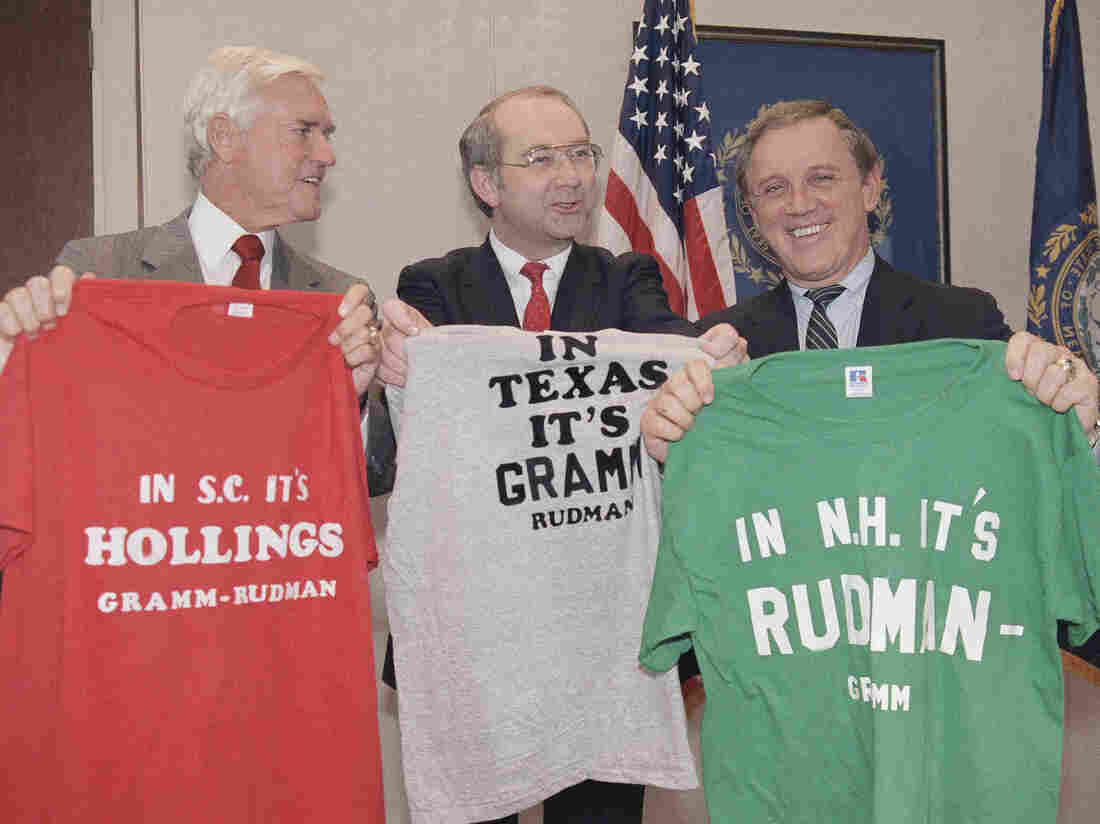 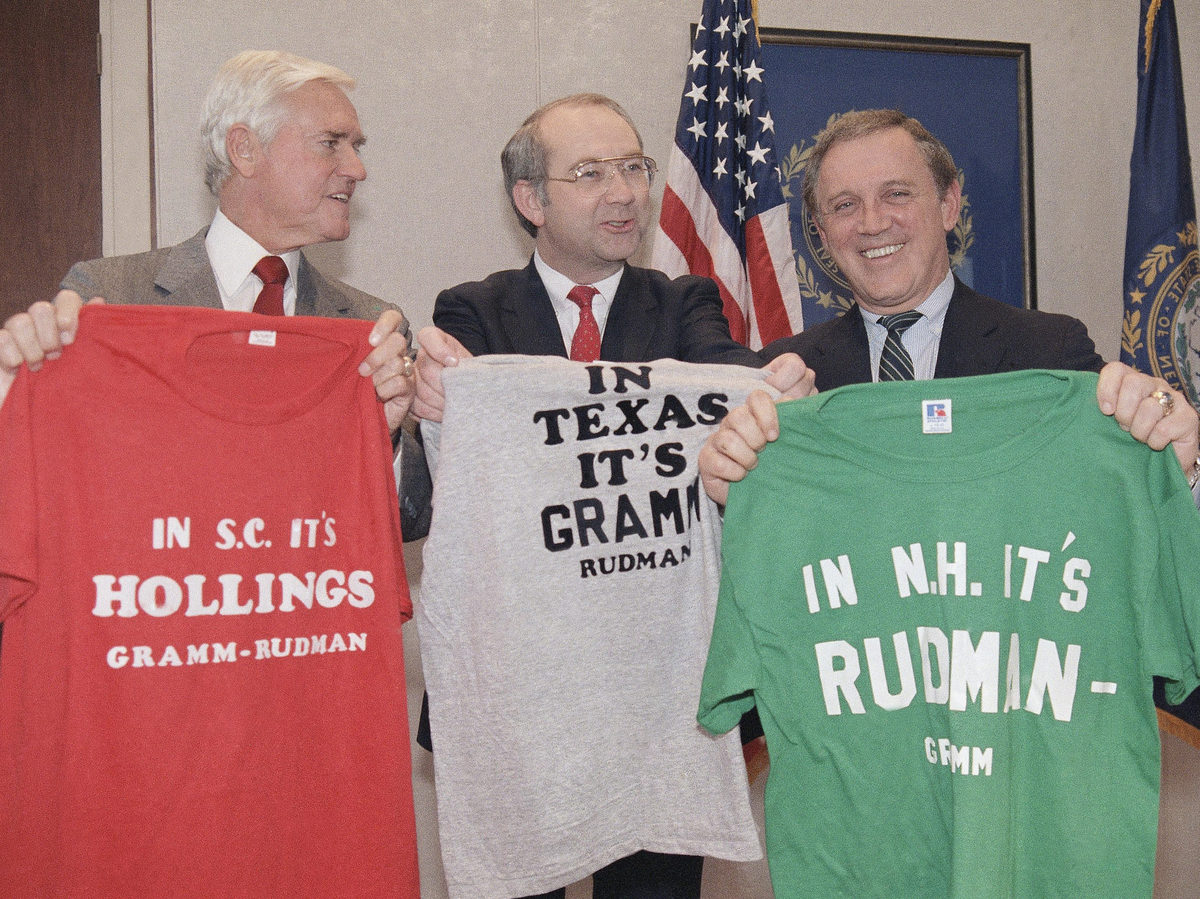 After years of tax cuts and a big hike in defense spending, deficits were rising. Then came a bitter battle over the debt limit. Three senators came up with a plan: Unless Congress and the White House could get the deficit under control, this thing called "sequestration" would do it for them.

The Doomsday machine was called the Gramm-Rudman-Hollings Act, named for the Senators who sponsored it. After it passed, people had high hopes that its effects would be so bad and unreasonable that it would force politicians to come up with a reasonable, bipartisan alternative.

But it didn't work.

By 1988, Congress and the White House still couldn't agree on how to cut the deficit. And, thanks to Gramm-Rudman-Hollings, that meant sequestration. So, to avoid that, they agreed to cook the books — to make the deficit look smaller than it really was.

"They would shift funding around in appropriations, use emergency declarations, disaster declarations,", says Mike Solon a long-time adviser to Senator Gramm. "All these sort of things to game it."

Sen. Hollings recently told me that he finally went onto the Senate floor and said, "I want a divorce from Graham-Rudman-Hollings. Y'all just call it Gramm-Rudman."

Washington continued to fudge the numbers, finding ways to wriggle out of the legislative trap it had set for itself. It wasn't until the early 1990s that lawmakers replaced Gramm-Rudman with a series of agreements that made smarter, targeted cuts that ultimately helped balance the budget.

This time around, it may not be so easy for the government to use gimmicks to dodge the sequester.

"The alternatives, the lifeboats away from the sequester were either burned or holes were drilled in the bottom of them," Solon says. "So we don't have the options we used to have."

What's more, the cuts in this sequester are much bigger than the ones the country faced in the '80s.

"What we're looking at today in no way parallels the kind of things that we had in the '80s under Gramm-Rudman," says Scott Lilly, another congressional staffer who worked on the bill. "No one would have suggested that we have cuts of the magnitude that are included in this sequester."