Accessibility links
The Dow Isn't Really At A Record High (And It Wouldn't Matter If It Were) : Planet Money After adjusting for inflation, the Dow is still below its earlier peaks. (Also: The Dow is a pretty random measure of the market.) 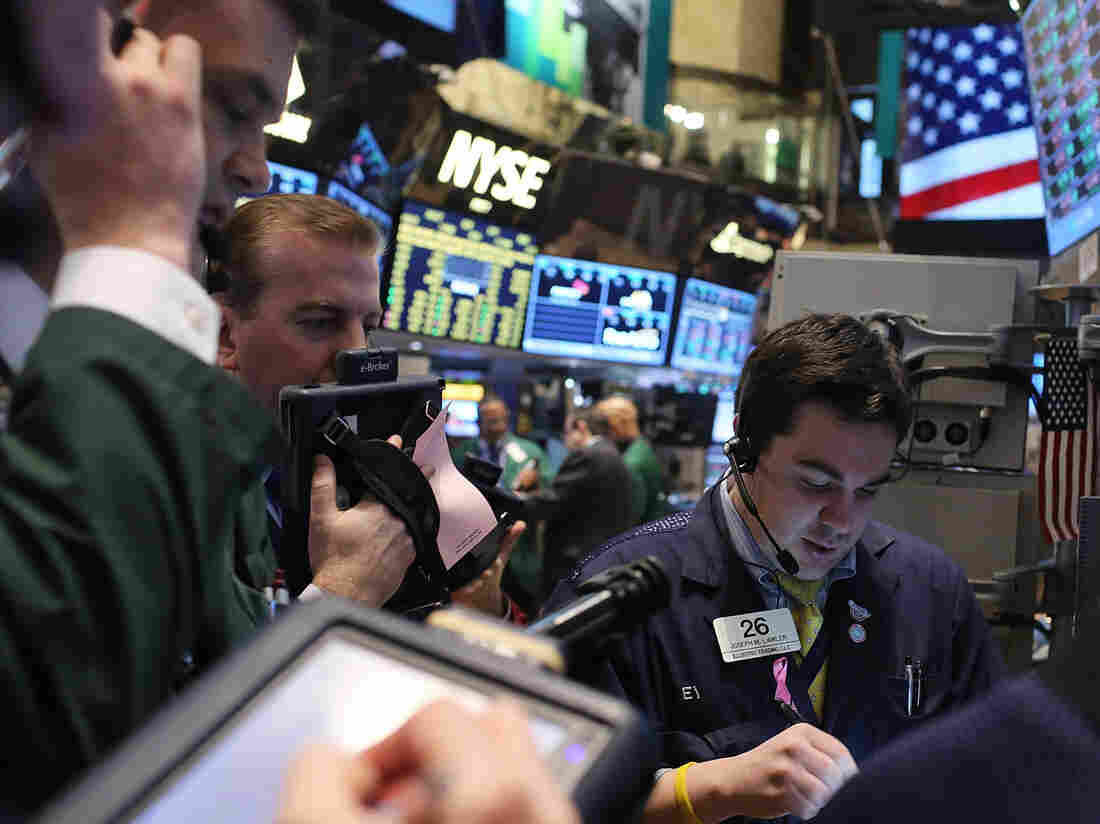 Related: The floor of the New York Stock Exchange is increasingly irrelevant to the stock market. But a picture of a room full of computers would be super boring. Spencer Platt/Getty Images hide caption 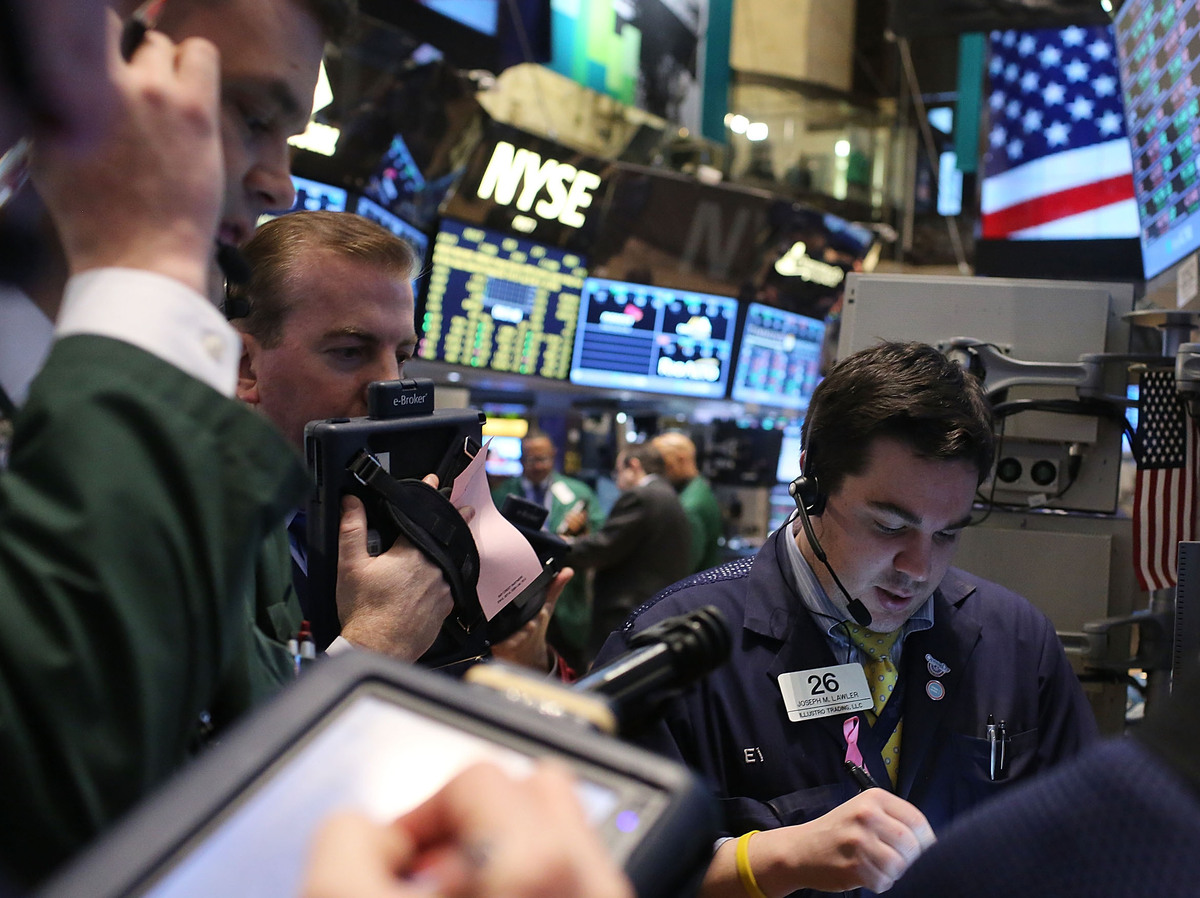 Related: The floor of the New York Stock Exchange is increasingly irrelevant to the stock market. But a picture of a room full of computers would be super boring.

Just a quick, cranky reminder: Despite what you may have read, the Dow Jones industrial average did not hit a new high today in any meaningful sense.

After adjusting for inflation, the Dow was higher in 2000 than it is today. It was also higher in 2007. It would need to rise another 10 percent or so to hit an all time high in real (i.e., inflation-adjusted) terms.

It's equally meaningless for the Dow. And even if the Dow did hit a real, inflation-adjusted, all-time high, it wouldn't mean much anyway. As our colleague Adam Davidson wrote last year:

The Dow average, drawn out to two decimal places, may seem like some perfectly scientific number, but it's far from it. A small committee selects 30 big companies — I.B.M., G.E., McDonald's, Disney and so forth — and then adds up the price of their stocks. Then the analysts divide it by the Dow Divisor, a misleadingly precise-seeming number formulated to account for things like dividends and splits that right now is, well, about 0.132129493. The resulting figure is repeated throughout the country.

And those are the least of the Dow's problems. More troubling is that it ignores the overall size of companies and pays attention to only their share prices. This causes all sorts of oddities. ExxonMobil, for example, divides its value into nearly five billion lower-cost shares, while Caterpillar has around 650 million more expensive ones. Therefore ExxonMobil, one of the largest companies in history, pulls less weight on the Dow than a company less than a fifth its size.

There are other, less arbitrary indexes of the U.S. stock market, such as the S&P 500, which tracks 500 (rather than just 30) big U.S. companies. The S&P 500, for what it's worth, is below it's all-time highs in both nominal and inflation-adjusted terms.