One jobs number gets all the attention: The number of jobs lost or gained in the previous month.

That number is important. But focusing too much on the net change in jobs can be misleading. It gives the impression that a job is like a widget — it's something that gets made in a factory somewhere, and that we hope exists forever.

There's a little-known jobs report that shows all this creation and destruction. It's called the Job Openings and Labor Turnover Survey, though it typically goes by the catchy acronym JOLTS.

The latest JOLTS report came out this morning, and it showed that 4.25 million people got new jobs in January, and 4.1 million quit or got fired. In other words, every 1.6 seconds, some one got a job and someone else left a job.

It's a reminder that the U.S. really isn't a single economy that's either doing well or doing badly; it's lots and lots of little economies, some of which are coming back, and some of which are still struggling. 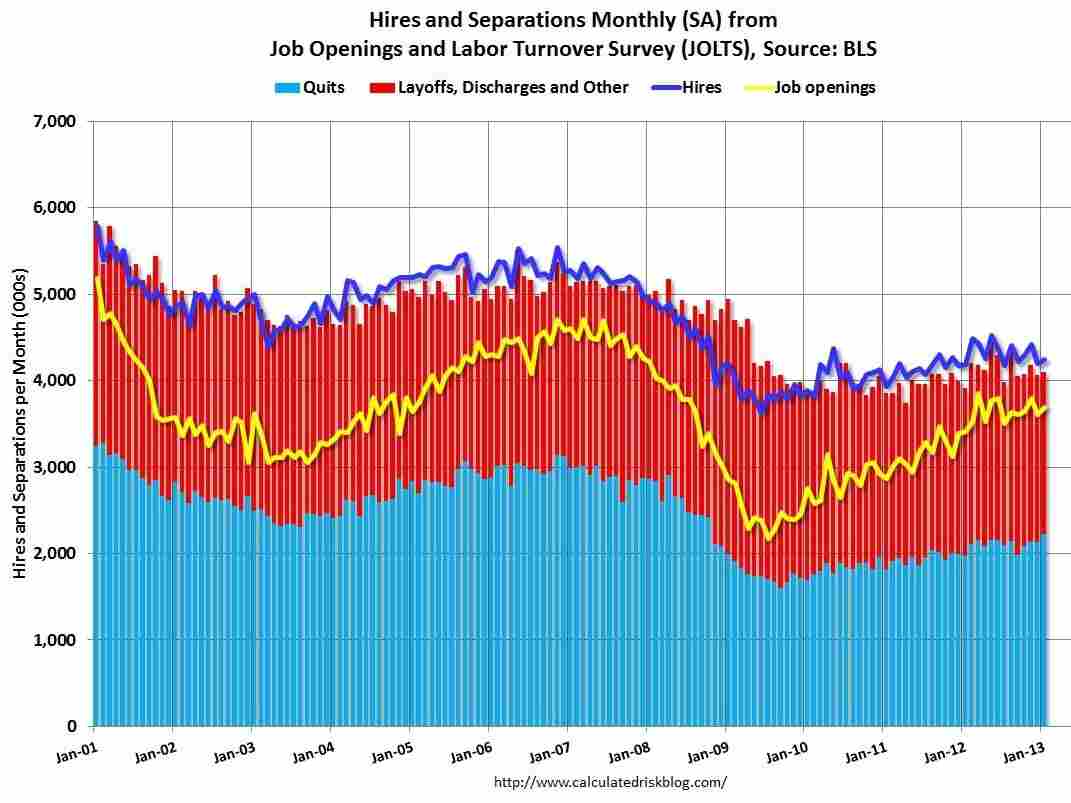 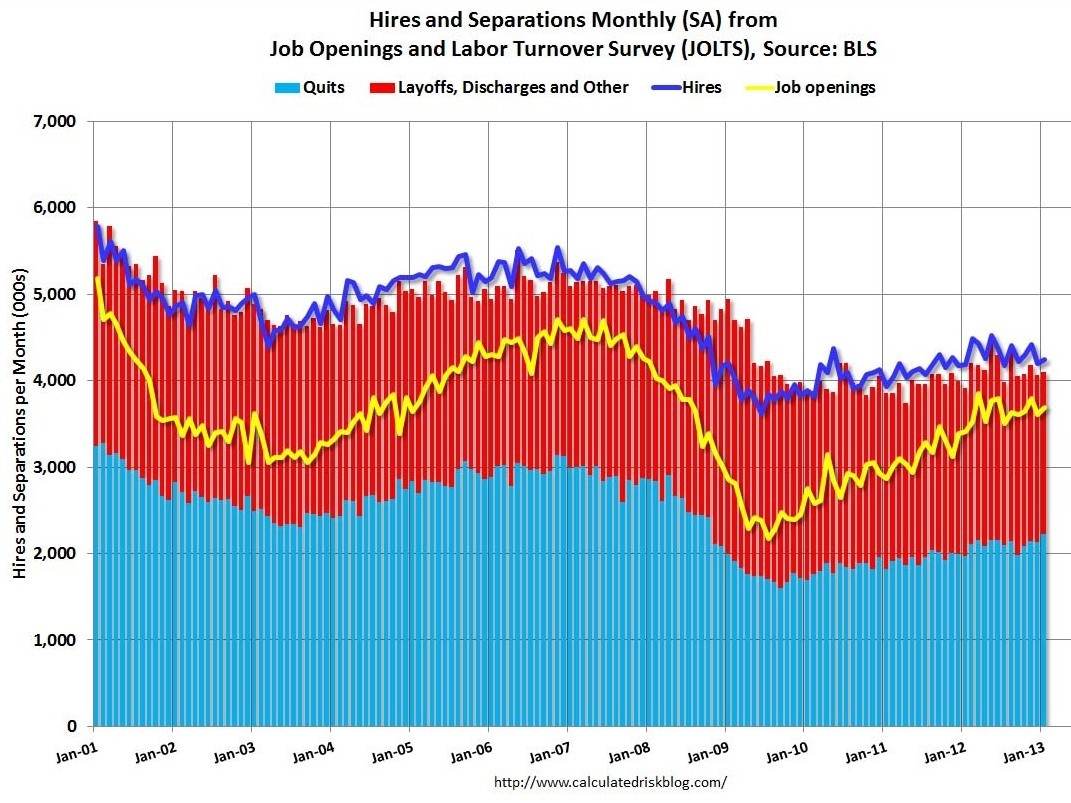