Accessibility links
Where The Bank Really Keeps Your Money : Planet Money A bailout in Cyprus provides an unsettling, potentially dangerous reminder: The bank doesn't really have your money.

Where The Bank Really Keeps Your Money

Where The Bank Really Keeps Your Money 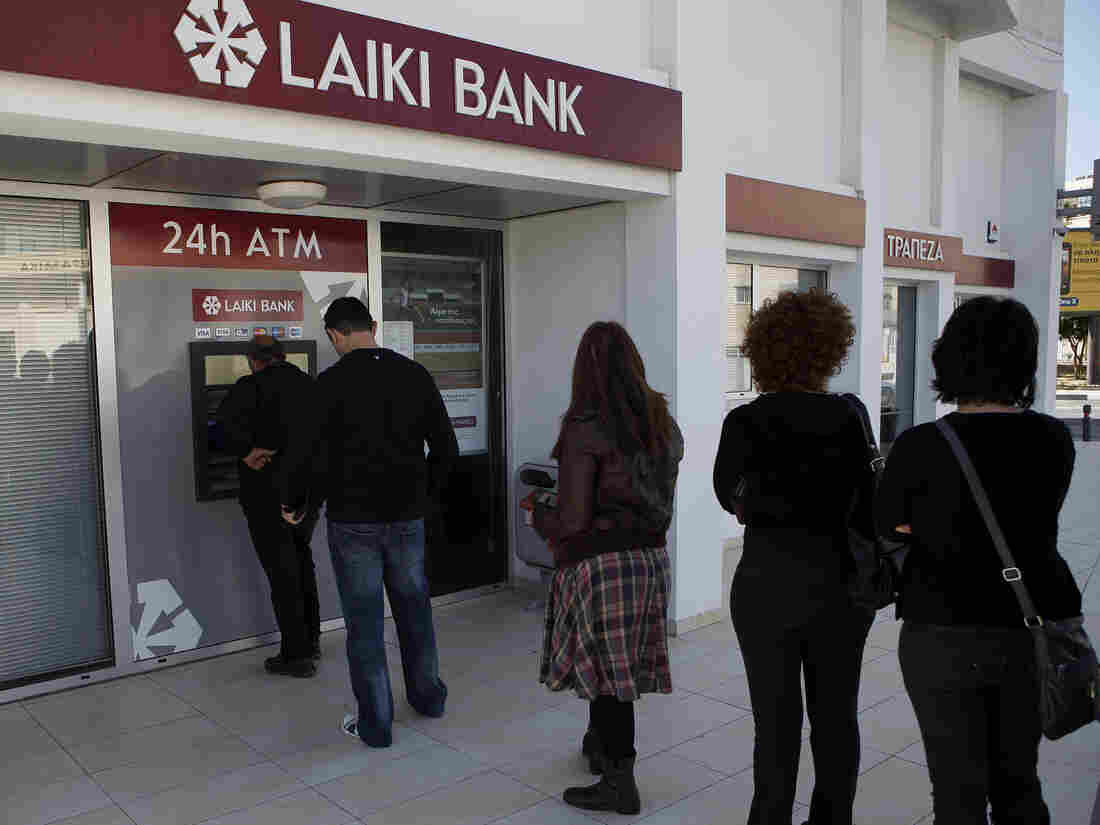 People queue to use an ATM outside of a Laiki Bank branch in Larnaca, Cyprus, on Saturday. Many rushed to cooperative banks after learning that the terms of a bailout deal with international lenders includes a one-time levy on bank deposits. Petros Karadjias/AP hide caption 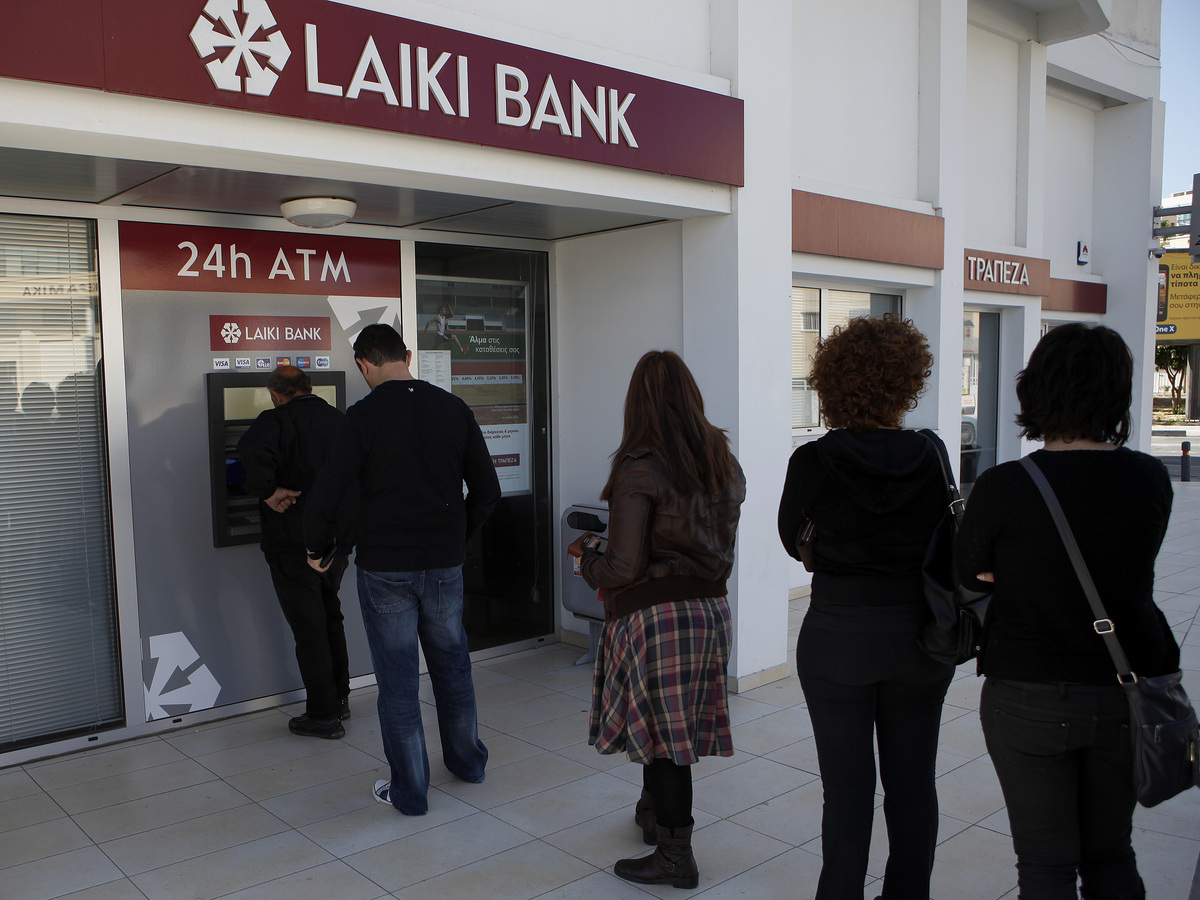 People queue to use an ATM outside of a Laiki Bank branch in Larnaca, Cyprus, on Saturday. Many rushed to cooperative banks after learning that the terms of a bailout deal with international lenders includes a one-time levy on bank deposits.

Cyprus has about as many residents as the Bronx. All Cypriot banks combined are smaller than the 30th-largest U.S. bank. So why is the country's financial system front-page news today?

The answer, in large part, comes down to two words: Deposit insurance. Deposit insurance is one of those boring-sounding finance terms that's central to the way the world works today. Everybody is freaking out over Cyprus because the country just called into question the sanctity of deposit insurance.

Deposit insurance was invented because of a frightening fact. Even the most boring, safe, neighborhood bank is in a crazy, risky business. A bank takes money people put in checking and savings accounts — money those people are allowed to withdraw at any time — and lends it out to other people, who don't have to pay it back for 30 years.

Astonishingly, for the past several decades, this assumption has proved true in the U.S. and throughout much of the developed world. That's thanks to deposit insurance. Banks pay for deposit insurance, but at its core it's basically the government promising that if the bank runs out of money, the government will step in, take over the bank, and make sure ordinary people with checking and savings accounts get their money back.

As part of a bailout agreement with the EU, the government of Cyprus announced a plan to take 6.7 percent from every insured bank account, and 9.9 percent from accounts with more than 100,000 euros. (The plan has to be approved by the Cypriot parliament, and there are reports today that it's still in flux.)

In other words, ordinary people who put their money in the bank are not going to get all of their money back. It would be like waking up, logging into your bank account, and seeing that a chunk of it had vanished.

Under the deal, ordinary people in Cyprus are getting hosed. Ordinary people in other troubled EU countries may see what's happening in Cyprus and think, my money's not be safe in the bank. If this prompts Spaniards and Italians and Portuguese people to start pulling money out of their savings accounts, it could disrupt the whole European financial system (again).

Now, the banks in Cyprus are fundamentally different from the banks in most other European countries. Over the past several years, Cyprus became a sort of offshore banking haven, largely for Russians. Money laundering may have been involved. Tons of money flowed into Cypriot banks. Then the banks turned around and loaned a lot of that money to the Greek government and Greek businesses. So Cyprus wound up with a broken banking system that threatened to take the whole country down with it.

There's a good chance that people in other European countries will see Cyprus as a one-off that doesn't have anything to do with the rest of the eurozone, and there won't be a run on Spanish or Italian or Portuguese banks. There's also a good chance that the deal will be modified to reduce or eliminate the hit to insured deposits.

Still, the past few days have provided an unsettling, potentially dangerous reminder: When you put your money in the bank, there's no guarantee that you'll get it back.