Accessibility links
Is It Legal To Sell Your Old MP3s? : Planet Money A new Supreme Court ruling may provide a boost to a company that wants to be like a used record store for MP3s.

Is It Legal To Sell Your Old MP3s?

Is It Legal To Sell Your Old MP3s? 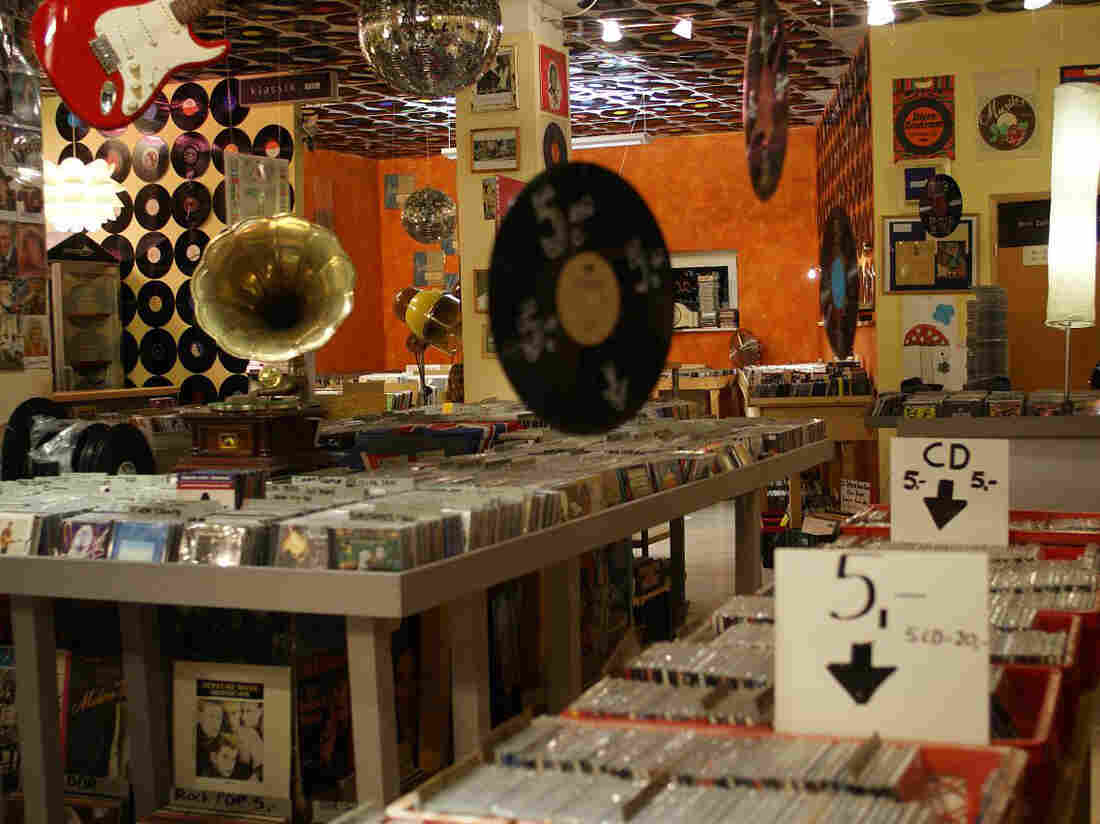 A company called ReDigi wants to be the used record store of the digital age. uitdragerij/Flickr hide caption

Say you buy a textbook in another country, where textbooks are cheap. Then you bring the book back to the U.S. and sell it at a profit. Did you break the law?

No, you didn't. In a ruling that came down yesterday, the Supreme Court ruled in favor of a student who had his friends and relatives buy textbooks in Thailand which he later re-sold in the U.S. on eBay.

The ruling was a key moment in something called the "first sale" doctrine, which says that, if you buy something that's copyrighted, you're allowed to "sell or otherwise dispose" of it without the permission of the copyright owner.

The publishing industry was, not surprisingly, unhappy with the decision. The Association of American Publishers put out a statement that said:

The Court's interpretation of the 'first sale' provision of US copyright law will discourage the active export of US copyrighted works. It will also reduce the ability of educators and students in foreign countries to have access to US-produced educational materials, widely considered the world's gold standard.

The ruling means "you can't have the ghost of copyright following the object around and policing it, " said Jason Schultz, a law professor at UC Berkeley who filed an amicus brief on behalf of the student. When I talked to him yesterday, he told me the case has important implications for interpreting "first sale" doctrine in the digital world.

A literal case in point: If you buy a song off of iTunes, can you turn around and sell it to someone else?

There's a company called ReDigi that's basically a digital version of a used record store. You can sell them your old mp3s, and you can buy "used" mp3s that other people have sold.

Capitol Records is suing ReDigi for copyright infringement. The complaint alleges that "ReDigi makes and assists its users in making systematic, repeated and unauthorized reproductions and distributions of Plaintiffs copyrighted sound recordings."

ReDigi says what it's doing is perfectly legal under the "first sale" doctrine.

The company argues that you own the songs, and you should be able to resell them just like you can a physical CD. It says its technology can ensure compliance with copyright law, first by verifying that you legally own a song, and then by removing all traces of the song from your computer and synced devices once you decide to sell it.

Yesterday's Supreme Court ruling only covers physical copies of copyrighted works, and its implications for digital resale are unclear. But Schultz says the ruling could sway the judge in the ReDigi case.

"The decision says first sale is really important and has always been part of law. I think it will push him to find a way for ReDigi to work, to find a way forward for them that copyright allows," Schultz said.

Of course, Redigi isn't the only company planning for the new digital resale future. Both Apple and Amazon recently applied for patents which would allow users to resell digital content like e-books, music and movies to other users. According to the NY Times, both patents call for the seller to lose access to the file after the transfer has occurred.

For more about the textbook case, check out this report from our colleague Nina Totenberg.