Accessibility links
The Trick To Selling Fancy Wine From New Jersey: Don't Say It's From New Jersey : Planet Money Instead, say it's from the "Outer Coastal Plain." (It's part of a plan to kick the state's reputation for making cheap wine.) 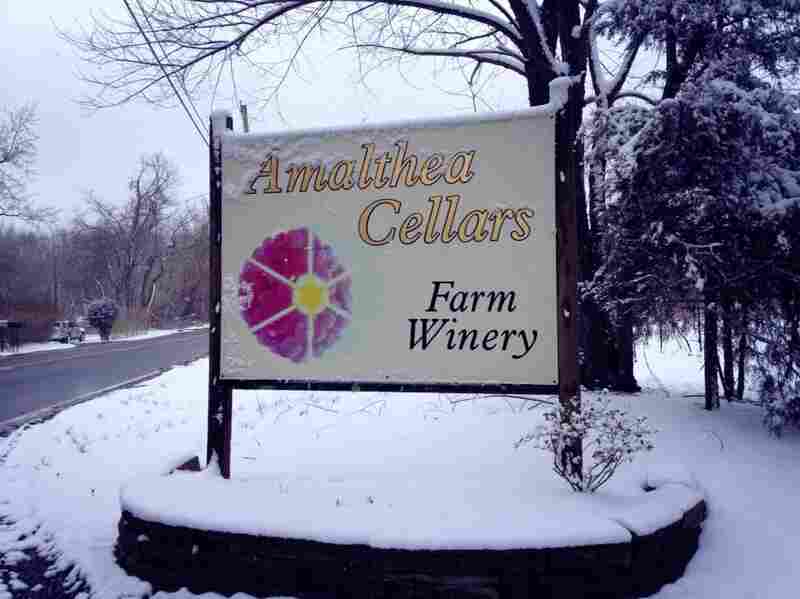 Halfway between the New Jersey Turnpike and the Atlantic City casinos is a little slice of France: Amalthea Cellars. There's an old farmhouse, and a field full of grapevines.

Lou Caracciolo, who founded Amalthea, is walking through the field. "Here's something I put in the ground in 1976," he says. "You have to have a feel for it, and after 30 years I have a pretty good feel for it."

Caracciolo calls himself a hopeless romantic. And, really, you have to be a romantic to try to make a $33 bottle of cabernet sauvignon blend in New Jersey.

Amalthea Cellars has to overcome not only the jokes about Jersey, but also the reputation of other New Jersey wines.

There are dozens of winemakers in New Jersey. But many of them make a very different kind of wine — wine that's cheaper and much sweeter. Just down the road from Amalthea is the Tomasello Winery, whose sweet wine is sold all around the country. "It goes very well with cheesecake," Charlie Tomasello says.

There's nothing wrong with a $10 cheesecake wine. But it creates a challenge for winemakers who want to make the fancy, dry, French-style wine.

Caracciolo and some of the other wine growers in the state want Jersey to be the next Napa Valley. He wants wine collectors, tasting tours, destination weddings. He needs to change people's minds.

The winery's first step has been to start with the label. Even though the fancy winemakers are in New Jersey, they want to separate themselves from Jersey. They petitioned the government for a special geographic designation — like, say, Napa Valley. So now the fancy wines say they're from the "Outer Coastal Plain."

"I mean, it does sound fancier than New Jersey," Caracciolo says.

But a label only gets you so far.

"The wine business in the state has got to kick that reputation," says George Taber, a wine journalist who used to live in Jersey. "And you don't kick it by having 80 percent of the wines in the market be those sweet wines."

So Caracciolo has been on a mission. He visits the sweet winemakers and tells them to keep making the sweet stuff — but make a few fancy, dry wines on the side.

Some of them have responded. Charlie Tomasello, of sweet wine fame, is now selling a $48 bottle of cabernet. "It has nice cassis and forward fruit and a little bit of leather and chocolate in there," he says.