Accessibility links
What Saved Deno's Wonder Wheel Amusement Park? : Planet Money It wasn't insurance or federal relief that brought Coney Island back to life. It was something much smaller and closer to home. 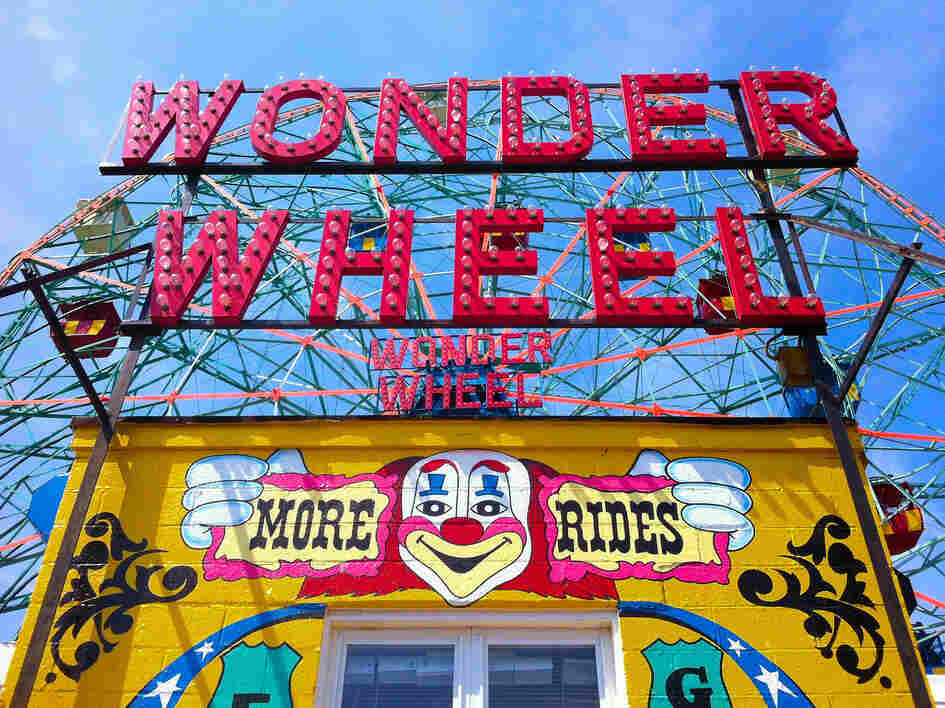 The park flooded during the storm, and when I visited it was still covered in sand. The story I reported that day sounded almost like an obituary. It was hard to imagine the rides ever moving again.

A couple weeks ago, I went back and found that things at the park were shockingly normal.

The owners of the amusement park didn't have insurance. They didn't get assistance from the federal government. Instead, they recovered by tapping into their network of friends and family.

"We did have some money saved up, and a lot of it is coming out of everybody's personal accounts, " Deno Vourderis, whose family owns the park, told me.

"Informal insurance means you draw on those networks, you draw on the trust to bring in resources, " Daniel Aldrich, a political scientist, told me. "That is often a much more effective way for people to get resources after a disaster than the formal networks of ... FEMA and so forth which are much slower."

But it wasn't just informal insurance that saved the Wonder Wheel. Dino and his family also relied on a more familiar financial tool: the credit card.

Dino told me they paid for a lot of the repairs with an American Express card.

Those bills and the debts owed to family and friends will have to be paid back, so Dino and the other businesses on Coney Island are still hoping that formal help will arrive.

Sen. Chuck Schumer has told the city's coastal businesses to save their receipts, suggesting that federal assistance may eventually come. But if these businesses hadn't tapped their own networks, you wouldn't have that feeling you have on Coney Island today: The feeling that summer is almost here.