Accessibility links
Has The Cupcake Bubble Finally Popped? : Planet Money Crumbs Bake Shop's stock price hit a high of more than $13 a share after its IPO in 2011, but it's been on a steady decline since then. Yesterday, the company's share price hit a new low of $1.29 a share.

Has The Cupcake Bubble Finally Popped?

Has The Cupcake Bubble Finally Popped? 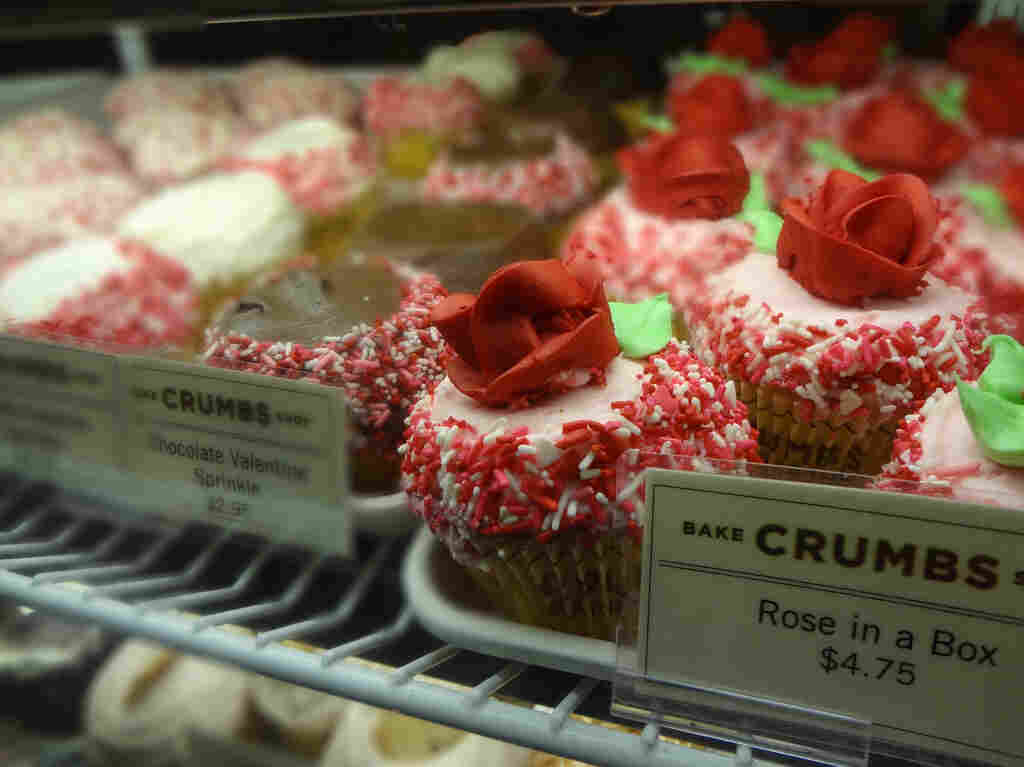 Back in 2010, our own Jacob Goldstein called the cupcake craze a "bubble of historic proportions." He called it too early.

Maybe some broader trend is at work here, and cupcakes aren't just over-hyped tiny cakes, like I thought. Maybe they're the core of some huge social shift that will give rise to as yet unimagined innovations, that will mint new billionaires and transform the way we eat desserts.

Crumbs stock price hit a high of more than $13 a share after its IPO in 2011, but today it looks like Jacob's prediction is finally becoming reality. The company's share price hit a new low of $1.29 a share yesterday.

And as the WSJ reports, that's not the only bad news for the brand:

Crumbs last week warned that it now expects 2013 sales to reach about $57 million, sharply off its previous estimate of $73 million.

Crumbs in part blamed store closures from Hurricane Sandy, but others say the chain is suffering from a larger problem: gourmet-cupcake burnout.

Crumbs now has 67 locations, nearly double the number it had less than two years ago. "These are singularly focused concepts," says Darren Tristano, executive vice president at Technomic Inc., a Chicago research and consulting firm that specializes in the food industry. "You're not going to Crumbs every day."

"It's a short-term trend and we're starting to see a real saturation," he adds. "Demand is flat. And quite frankly, people can bake cupcakes."

Spot the Bubble: If cupcakes are out, what's next?