Accessibility links
Feds: Lance Armstrong 'Was Unduly Enriched At The Expense Of The United States' : Planet Money Armstrong made $18 million riding for a team sponsored by the U.S. Postal Service. The government wants its money back (and then some).

Feds: Lance Armstrong 'Was Unduly Enriched At The Expense Of The United States'

Feds: Lance Armstrong 'Was Unduly Enriched At The Expense Of The United States' 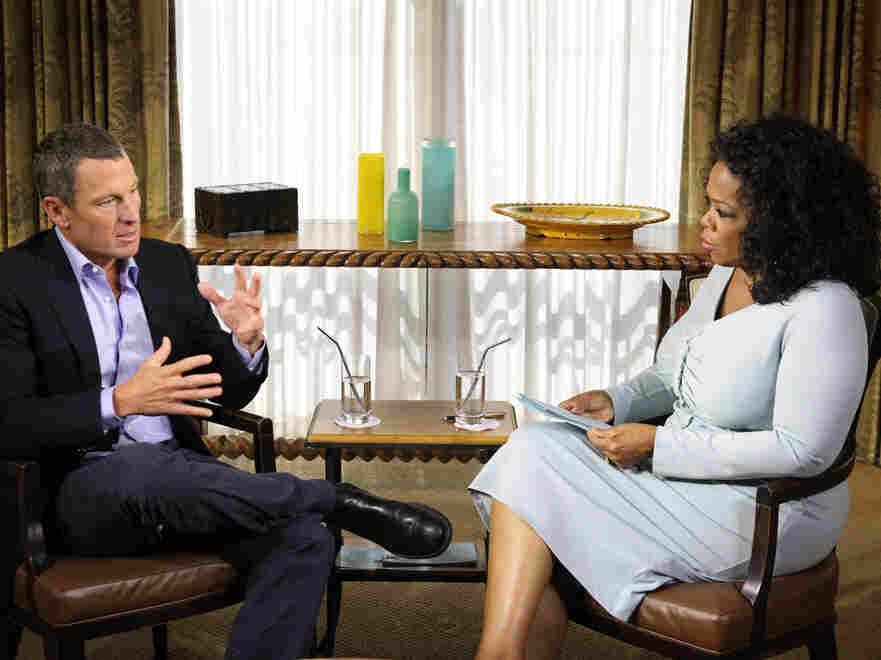 Between 1998 and 2004, Lance Armstrong's cycling team paid him nearly $18 million. Most of the team's money came from sponsorship fees paid by the U.S. Postal Service.

Because Armstrong used a bunch of banned, performance-enhancing drugs during that time, the USPS didn't get its money's worth out of the sponsorship — and Armstrong was "unduly enriched at the expense of the United States," according to a complaint the Department of Justice filed this week in federal court.

As we reported earlier this year, lots of lawyers were likely watching Armstrong's big Oprah interview, wondering if he would help build their cases against him. Apparently, they think he did. The DOJ complaint says:

In an interview with Oprah Winfrey televised on January 17 and 18,2013, Armstrong admitted that he used banned substances and methods, starting in the mid-1990s and continuing until his retirement in 2005. In particular, he admitted having engaged in banned practices during each of the seven Tour de France races in which he competed from 1999 to2005, including the six in which he raced as a USPS rider.

The complaint, which joins a whistleblower suit filed by one of Armstrong's former teammates, also names the company that owned the team and the former team manager as defendants. In all, the USPS paid $40 million in sponsorship fees to the team between '98 and '04, according to the complaint.

The government says it wants its money back, plus lots more in penalties, damages, interest, etc.

This is just one of several lawsuits Armstrong is facing. The AP reports:

Armstrong is also fighting a lawsuit from Dallas-based promotions company SCA to recover about $12 million it paid him in bonuses, and a lawsuit from the London-based Sunday Times, which wants to get back $500,000 it paid him to settle a libel case.