Accessibility links
We're Making T-Shirts. Lots And Lots Of T-Shirts. : Planet Money Thanks so much to everybody who backed the Planet Money t-shirt. We can't wait to start telling the story of your shirts. 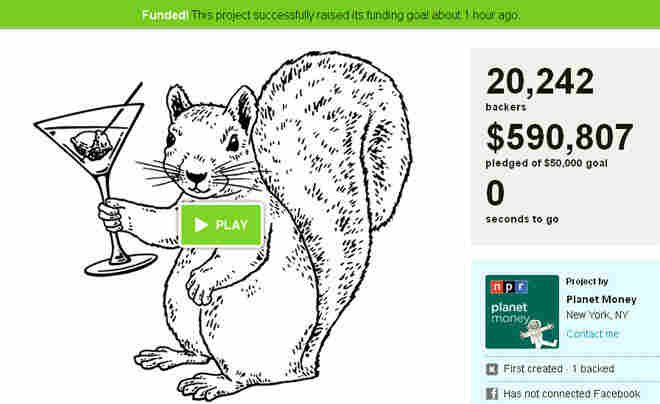 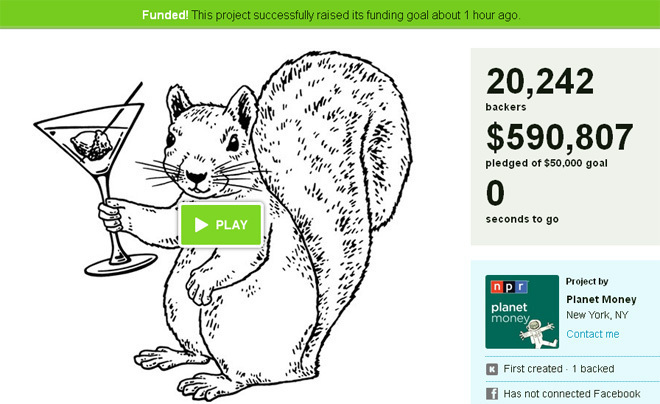 Two weeks ago, we launched a Kickstarter campaign to make a t-shirt and tell the story of how it was made. As we wrote on our Kickstarter page:

We'll meet the people who grow the cotton, spin the yarn, and cut and sew the fabric. We'll ride on the cargo ships that bring our t-shirt from factories in Bangladesh and Colombia to ports in the US. And we'll examine the crazy tangle of international regulations which govern the t-shirt trade the whole way.

We used Kickstarter because it helped us answer a very important question: How many t-shirts should we make? And, for that matter, were there even enough people who wanted a Planet Money t-shirt to make the project viable? If we were going to make the shirts, we needed at least 2,000 backers at $25 a piece, for a total of $50,000.

When the Kickstarter project went live two weeks ago, we took an internal poll of the Planet Money team to see how everybody thought we'd do. There was a huge range of guesses based on different methodologies (and we're using "methodologies" very, very loosely here). But even the highest guess — from Adam Davidson, who guessed $530,000 — was too low.

By the time the project closed yesterday, 20,242 people had backed the project. Their contributions added up to $590,807.

We are overjoyed and overwhelmed by the support. Thanks so, so much to everybody who backed the project.

Now it's our turn. Soon we'll start traveling the world to tell the story of how your t-shirt is being made — and what every step in the process tells us about the global economy.

From Paid Content: Planet Money and Kickstarter: Is web-based crowdfunding the future of public media?

From 10,000 Words: Why Was Planet Money's Kickstarter Campaign So Successful?