Accessibility links
Demand For Ammunition Is Up. Why Aren't Prices? : Planet Money Demand increased recently, leading to widespread shortages. An economics textbook would say ammo sellers should have raised prices rather than have empty shelves. But that hasn't happened. 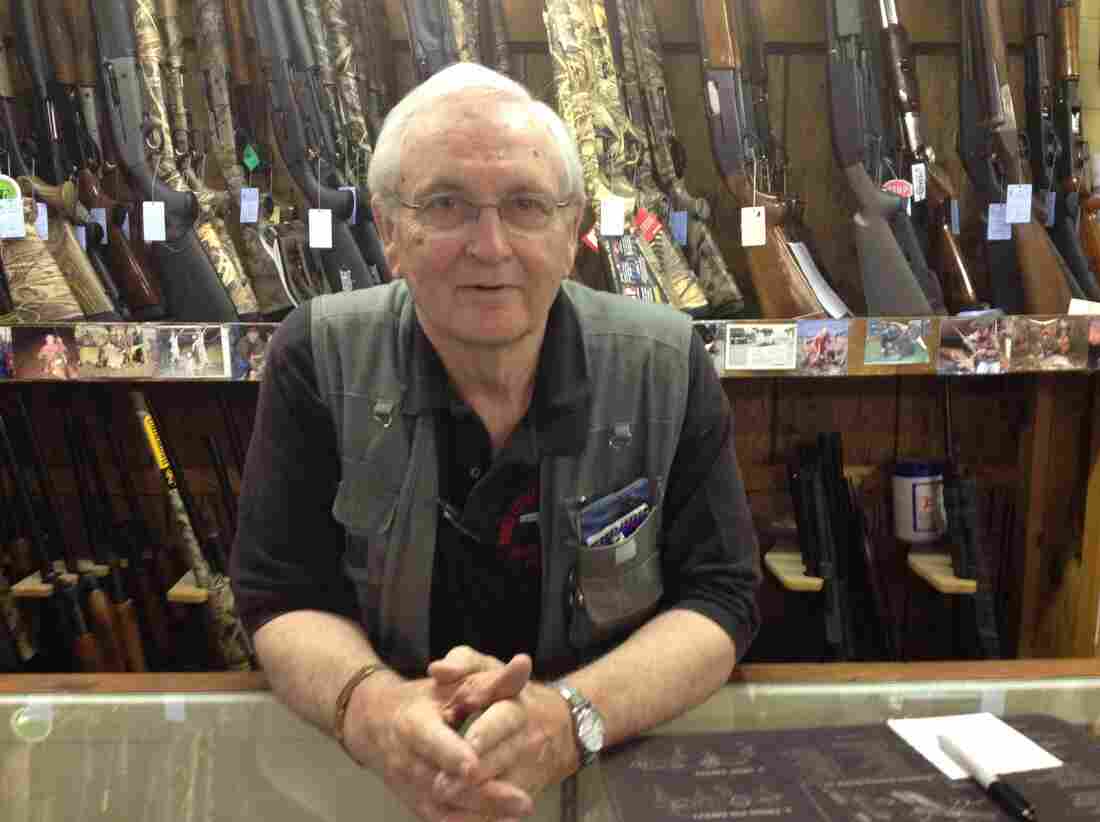 Sales of guns and ammunition rose after President Obama took office in 2008, and they went through the roof starting late last year, when a school shooting led to a push for new gun control measures. That's led to a prolonged ammunition shortage, even with manufacturers running at full capacity.

A gun owner in Florida told me he has had a hard time finding .380 ammo for a small handgun for the past six months. Customers at Bob's Little Sport Shop in southern New Jersey told me it's hard to find ammo for some rifles and for the popular 9 mm. Even .22 rounds, the small ones, have been hard to come by.

An economics textbook would say this shouldn't happen. It would say that Bob Viden, who has run the shop for almost 50 years, should respond to the increase in demand by raising prices. And some stores and online sellers have done just that. But, Viden told me, "We don't want to do that. We want to be fair."

Apparently so do some of the best-known ammo sources across the country. At the sporting goods store Cabela's and at Wal-Mart, shelves are empty but prices are mostly flat. During my conversations at Bob's Little Sport Shop, the word "fair" came up about two-dozen times. Or, as one customer put it, "There's no reason to make a profit off of our misfortune."

To a traditional economist, a shortage is evidence prices are too low. But Viden predicts if he raises his prices, his customers won't come back because they'll think he ripped them off.

"Traditional economic theory doesn't really have room for fairness perceptions," Margaret Campbell, a marketing professor at the University of Colorado, Boulder, told me. But about 30 years ago, she says, "people started noticing that there were these kind of quirks."

In a famous study, the Nobel Laureate Daniel Kahneman and two colleagues found that people's ideas of fairness are so strong that, even if it makes short-term sense to raise prices during a shortage, many retailers don't. Campbell says that's because when prices go up, consumers actually care about the reason behind the increase — the retailer's motive.

"If a consumer sees a price go up in an unexpected fashion, they want to know, 'Why? Why has it gone up?' " she says.

There are lots of reasons consumers approve of (if the price the store is paying for the goods has increased, for example). But research has consistently shown that a sudden increase in demand is not one of them. So rather than raise prices, Bob's Little Sport Shop and other stores are rationing ammo in order to keep their customers' loyalty.

There is at least one place where classical market forces seem to be in effect here: Some people have been buying ammo at low cost and selling it at a higher price online. Essentially, they're scalping bullets. Scalpers don't care about return customers. And their customers don't expect them to be fair.

Update: This story was updated to note that some stores and online vendors have raised prices, though many have not.