Accessibility links
President Obama Wants To Tackle The Patent Problem : Planet Money One of the proposals put forward by the president aims to address an issue we discussed in our recent story about patent litigation. The president wants to make it easier for companies being sued to find the real owner or "ultimate parent entity" of a patent.

On this week's This American Life, we took a close look at a patent lawsuit involving the online backup company Carbonite. Carbonite was sued for patent infringement by a shell company called Oasis Research. According to Carbonite, Oasis was seeking $20 million in damages.

Carbonite and another company sued by Oasis, EMC, fought the lawsuit and eventually won, but other companies sued by Oasis over the same patents weren't so lucky. Many of them settled and paid rather than going to court. Tom Ewing, an intellectual property lawyer who studies patent infringement cases, told us Oasis could have made "in excess of $100 million" from these patents.

The problems of excessive patent litigation have been widely reported in the past few years, but solutions have been hard to come by.

Now President Obama is proposing new legislation aimed at helping companies deal with suits brought by "patent assertion entities," aka patent trolls — companies that the president says "don't actually produce anything themselves," and instead exist "to essentially leverage and hijack somebody else's idea and see if they can extort some money out of them." 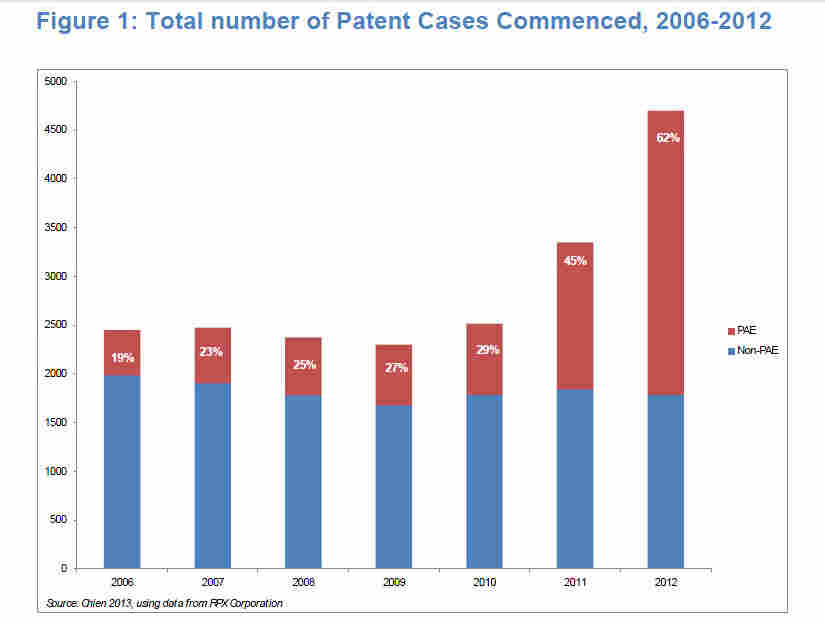 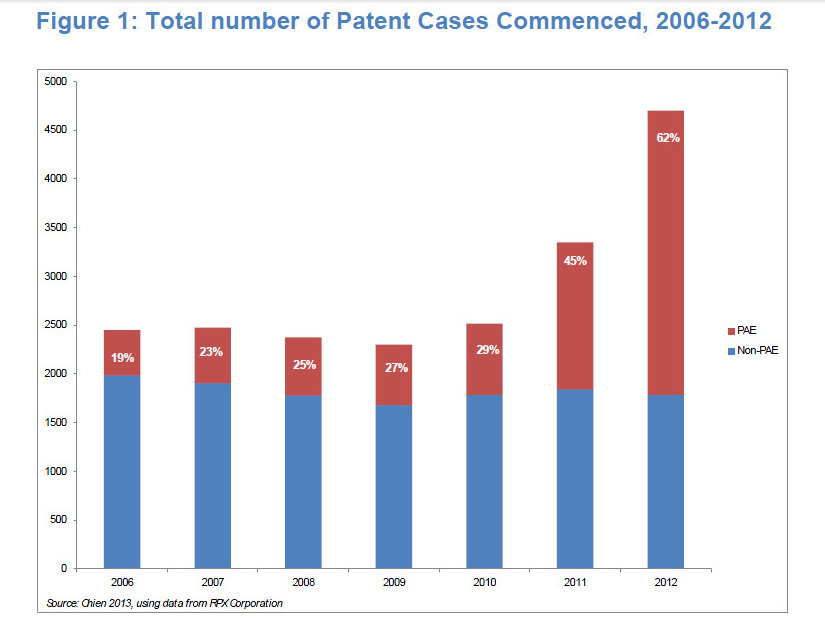 One of the proposals put forward by Obama aims to tackle a problem Carbonite faced in fighting its patent suit — finding the real owner of a patent.

The president's proposal calls for requiring "patent applicants and owners to regularly update ownership information when they are involved in proceedings before the PTO, specifically designating the 'ultimate parent entity' in control of the patent or application."

In Carbonite's case, the patents the company was accused of violating were registered to a man named Chris Crawford, but controlled by a company called Oasis Research. Oasis Research never returned any of our many phone calls. When we visited the address listed as its office, in the middle of a workday, we found what seemed to be a locked, empty office.

Obama also proposed sanctioning "abusive court filings" by giving judges the ability to require some companies who sue for patent infringement to pay the legal fees of the company they have sued.

In addition, the Obama administration wants to tackle a problem we presented in our recent episode about patent litigation in the podcast world. In that show we talked about litigation involving end-users, people who use products containing patented technology. A company claiming to have the patent on podcasting is sending threatening letters to podcasters like Marc Maron and Adam Carolla.

Obama has proposed protecting "off-the-shelf use by consumers and businesses by providing them with better legal protection against liability for a product being used off-the-shelf and solely for its intended use."

Episode 462: When Patents Hit the Podcast

Patent Assertion and U.S. Innovation, a report from National Economic Council and the Council of Economic Advisers