Accessibility links
Episode 465: Myanmar Opens Up : Planet Money On today's show, we meet two businessmen in Yangon. One is launching a startup. The other works for Coca-Cola — which is going back into Myanmar after a 60-year absence. 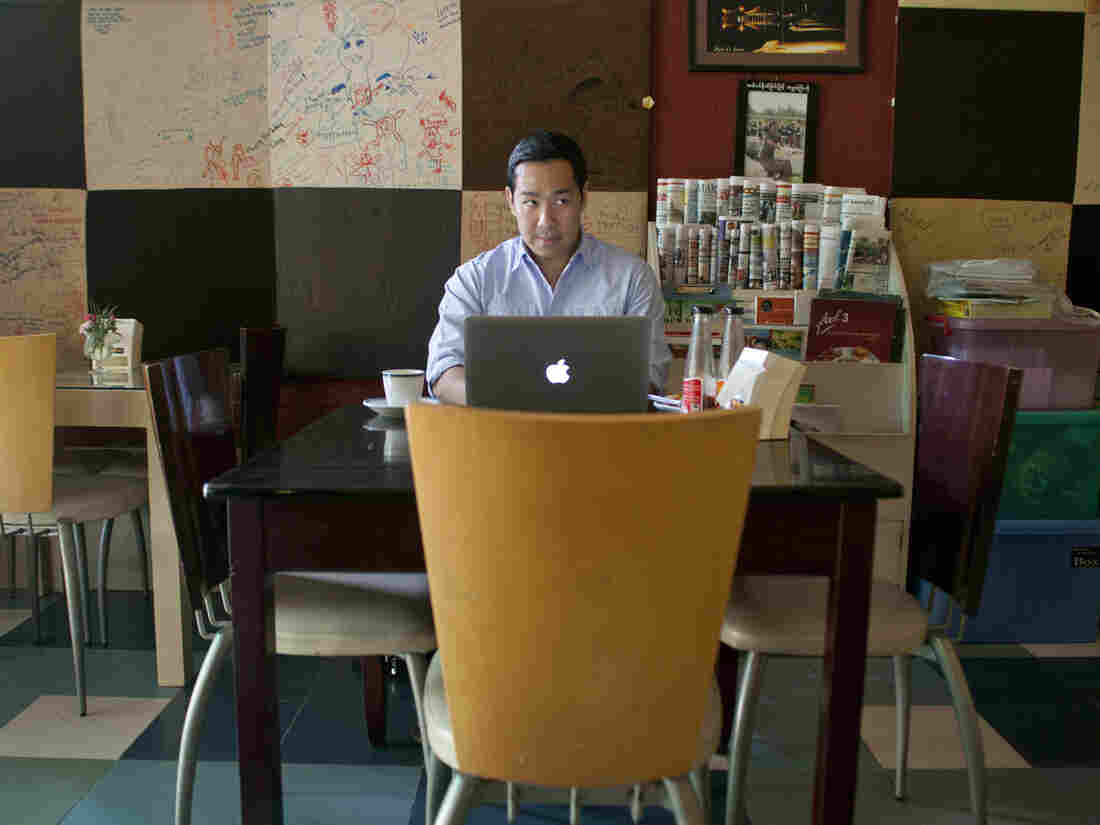 Nay Aung, founder of a tech startup in Yangon, Myanmar, sits in Taste Cafe, which served as his unofficial office for his first few months in the country. (It was one of the few places in town with a stable Internet connection.) Lam Thuy Vo /NPR hide caption

After decades of isolation, Myanmar is reconnecting with the rest of the world. On today's show, we meet two people who are trying to take advantage of the changes going on there.

One is launching a tiny startup. The other works for Coca-Cola — a company that left Myanmar decades ago, and only returned to the country last year.

For more, see our stories "Can This Man Bring Silicon Valley To Yangon?" and "How To Sell Coke To People Who Have Never Had A Sip."