Accessibility links
Episode 466: DIY Finance : Planet Money Mike Smith has thousands of dollars stashed around his house in different accounts. Tamara Bullock is part of an informal savings club. Miguel Rada has a whole bank in his pocket — he takes deposits from some people and lends to others. 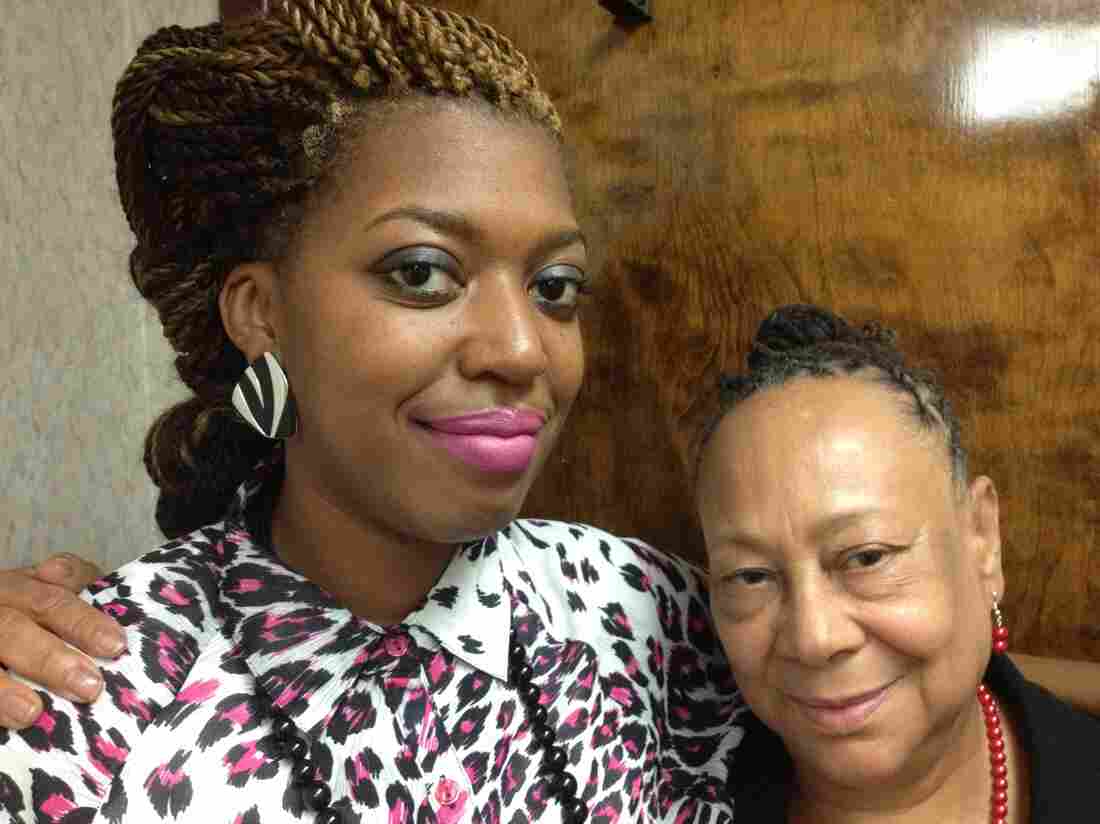 Harlem funeral directors Tamara Bullock and Patricia Hamilton are going to spend their next savings-club payout on a sky-diving trip (unless Bullock can get out of it). Marianne McCune/NPR hide caption

Mike Smith lives by himself in a small house in a small town in Kentucky, near the Ohio River. He makes about $1,000 a month, owns his house outright, and doesn't carry any debt. He suspects that his brother and at least one but maybe all of his three grown children have stolen money from him.

Over a period of about a year he made exactly six transactions that cost him over $100 — a property tax bill, an insurance payment, a couple big-ticket repairs. And there was the $109 he spent on a pet lizard, which he planned to use as an investment by breeding it and selling its offspring.

On today's show, we look at how people create their own financial systems from scratch.

Mike has thousands of dollars stashed around his house in different "accounts." Tamara Bullock and Patricia Hamilton are part of an informal savings club. Miguelo Rada has a whole bank in his pocket — he takes deposits from some people and lends to others.

Mike's story comes to us via the U.S. Financial Diaries Project. (His name isn't really Mike Smith, by the way; the project gave him a pseudonym so he could remain anonymous.