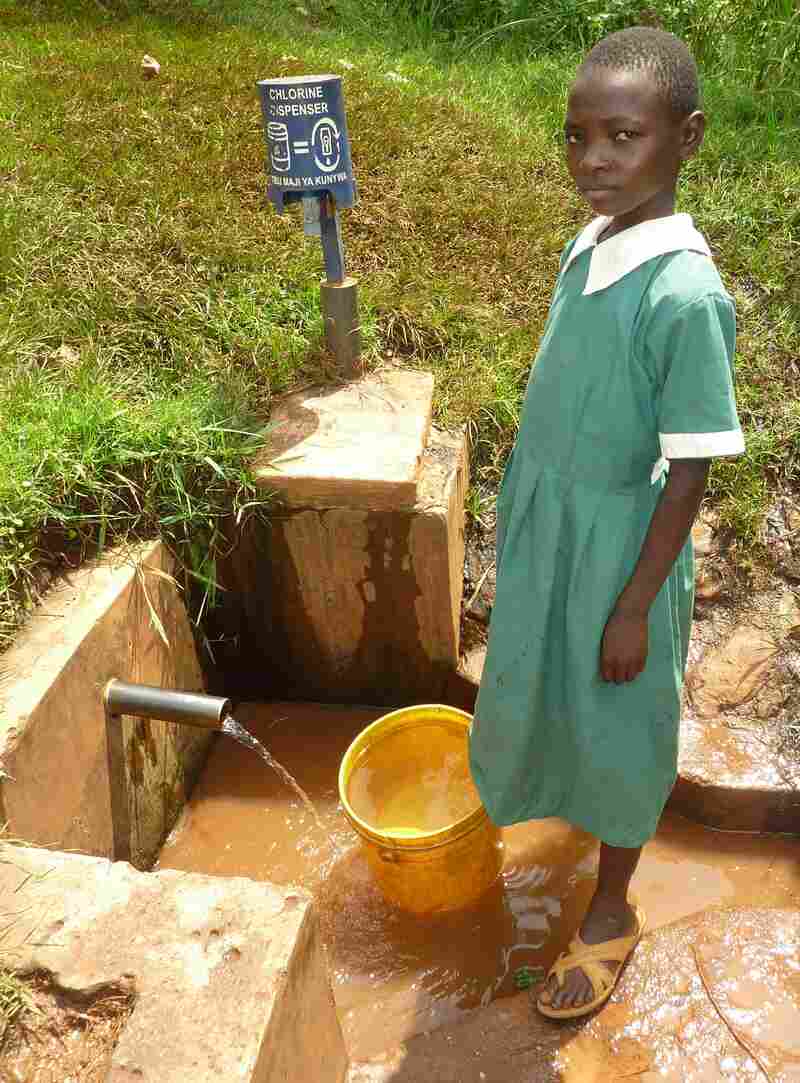 Rodan Gatia gets water from a spring. A chlorine dispenser is behind her. Jacob Goldstein/NPR hide caption 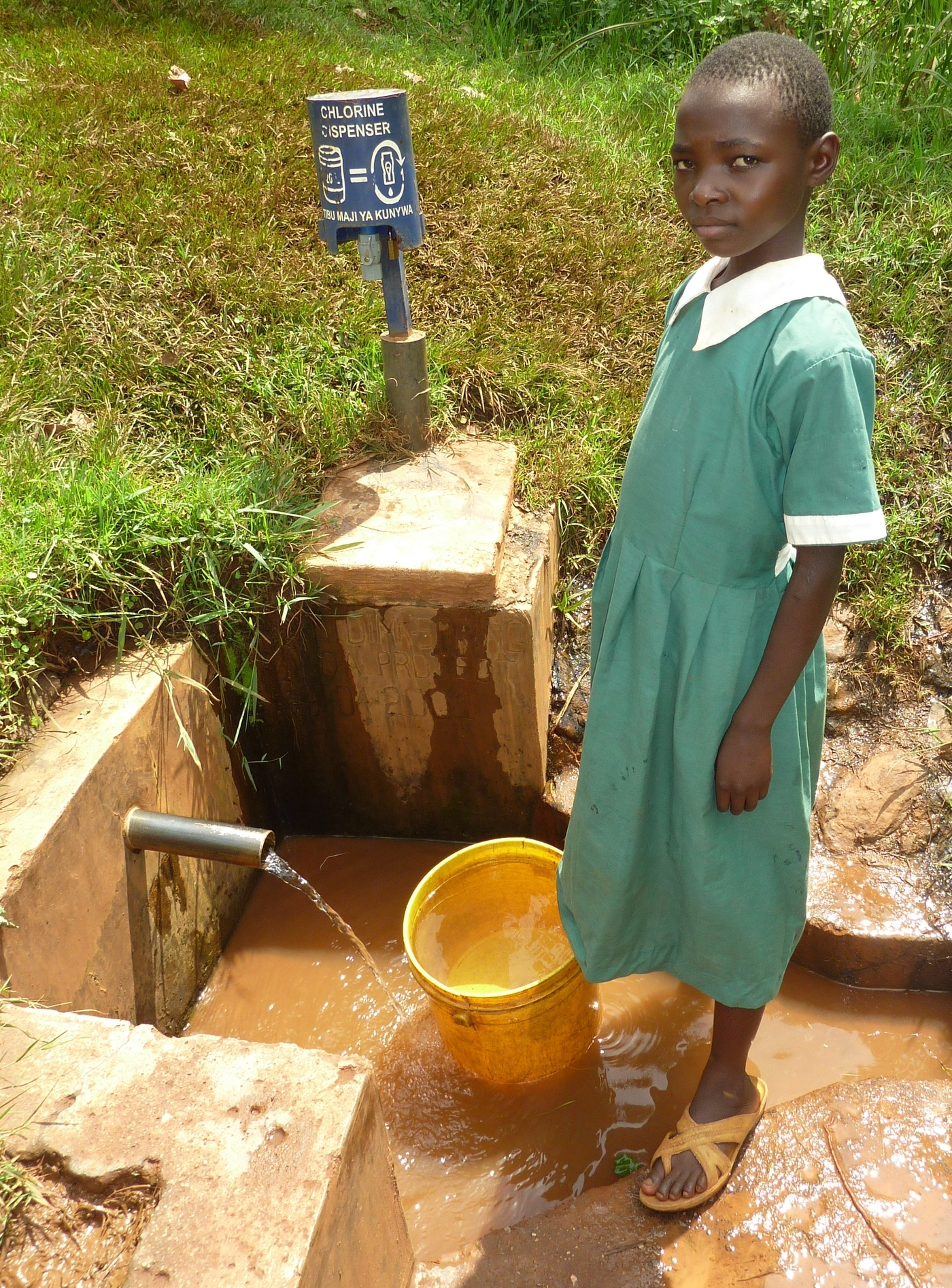 Rodan Gatia gets water from a spring. A chlorine dispenser is behind her.

In many parts of the developing world, drinking a glass of water can be deadly — especially for young children, who can die of diarrheal diseases contracted from dirty water.

So getting clean water to people in the developing world has been a top priority for aid groups for a long time. But it's been a surprisingly hard problem to solve.

For a while, aid workers largely treated clean water as an engineering problem: If there's no clean water in a village, dig a well. But when researchers actually tested the water in the homes of people who got water from clean wells, they often found contamination.

"It was a surprise," says Alex Mwaki of Care Kenya, who worked on one of the studies that found contamination. "My reaction, I would say, was, well, we still need to do more. We have not done much."

There are lots of ways water can get contaminated between the time it comes out of the well and the time someone actually drinks it. Maybe the container the family used to fetch the water wasn't clean. Or the container was clean, but the cup people used to scoop the water out wasn't. Or the water got stored in a big clay pot at the house, and kids stuck their hands in it.

All of those problems can be solved by adding just a tiny bit of chlorine, which keeps water free of germs for days. So aid workers started trying to get people to use chlorine. In Kenya today, you can buy little bottles of chlorine, made just for purifying water, for pennies.

"If only it were that easy," says Evan Green-Lowe, who works in Kenya for a group called Innovations for Poverty Action. Surveys show that only a small percentage of people in Kenya buy the chlorine, even though it's cheap and widely available.

"Getting it to happen in every household every time proved to be an extraordinarily difficult task," he says.

So here's the latest iteration for helping families in rural areas get clean water: chlorine placed right next to the spring or well. It's basically an upside-down bottle of chlorine with a dispenser that releases a measured amount into the containers people use to carry water. A tiny bit is enough for 20 liters of water. It's free to use.

"It's very simple," says Green-Lowe. "A lot of its success is in its simplicity."

Success, though, is a relative term. It turns out that if you test the water in people's homes in villages where the dispensers have been installed, only 40 percent test positive for chlorine.

This would be frustrating, says Green-Lowe, if it weren't so familiar.

"I've had malaria five times now, he says. "I have a bed net hanging above my bed, and I don't use it."

People everywhere — in rural Kenya, in New York, wherever — just don't always do all the things we're supposed to do. The developed world has solved the water problem by essentially taking people out of the loop: We pipe clean water to everyone's houses. But it's going to be a long time before that happens in rural Kenya.