Accessibility links
Three Ways Brush Factories Are Surviving In America : Planet Money The cheapest place to make brushes these days is China. But there are still people pressing bristles into brushes in a factory in the Bronx, and in small plants across the country. 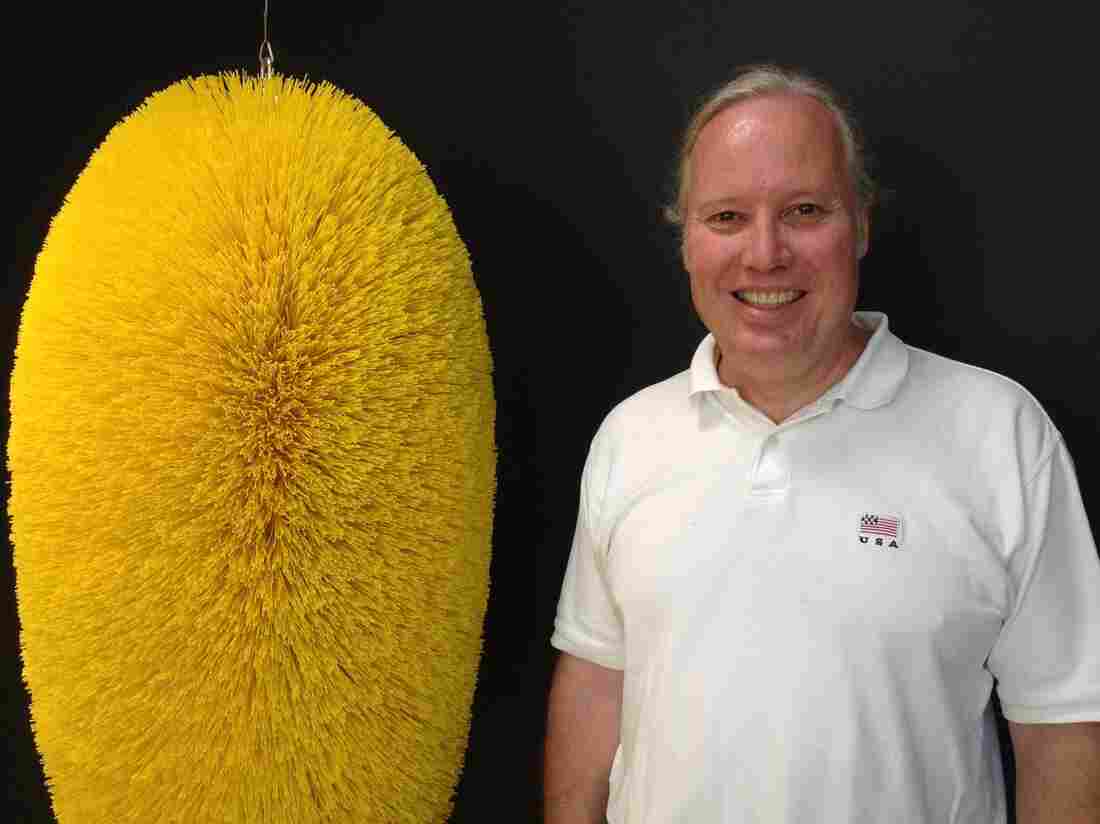 Fourth-generation owner of Braun Brush, Lance Cheney, stands next to a special-order brush his company made for the artist Richard Artschwager. Marianne McCune/NPR hide caption 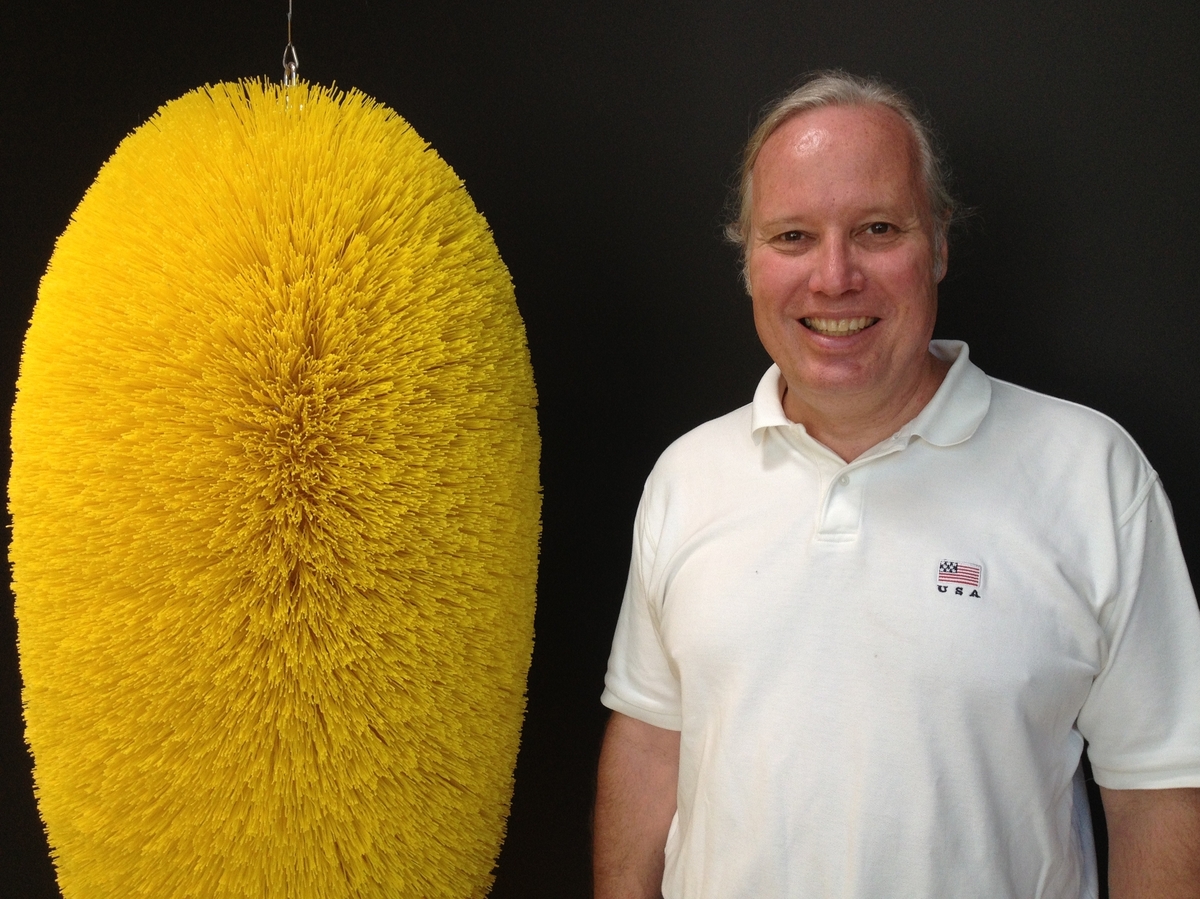 Fourth-generation owner of Braun Brush, Lance Cheney, stands next to a special-order brush his company made for the artist Richard Artschwager.

Brushes are pretty simple: a bunch of flexible fibers sticking out of something stiff. Not surprisingly, Chinese manufacturers have grabbed a big share of the U.S. brush market. But several hundred small U.S. brush factories are still hanging on. Here are three strategies they're using to survive.

In an old-fashioned factory building in the South Bronx, Izzy Kirschner's half dozen employees are making paintbrushes. They're stuffing bristles from slaughtered boars into metal casings, using machines that once belonged to Kirschner's dad. But unlike his dad, these guys try to make every brush perfect.

"My father was more interested in mass production," Kirschner says.

When Kirschner took over the business about 15 years ago, he saw he wouldn't survive if he made mediocre brushes whose bristles came out in the paint. Chinese factories could make the same brushes much more cheaply.

Instead, Kirschner decided to sell expensive brushes to high-end, professional painters who are willing to pay a premium to get exactly the brush they want.

"We're making brushes now for the top of the Freedom Tower to keep pigeons out," says Lance Cheney, the fourth-generation owner of Braun Brush on Long Island. His company also made a tiny brush for NASA's Mars Rover, to sweep away the Martian dirt.

"That's the key to being able to manufacture in this country," Cheney says. "If you have a machine that spits out all the same thing over and over and over again, that's right for China. For us, the machine has to be able to be extremely flexible. So it's still automation, but I'm gonna make one brush in the morning, another brush between the lunch and the break, and then a completely different brush the rest of the day on the same piece of equipment."

This allows Cheney to set prices based not on how much the bristle and block cost, but on how much time and effort went into it and how much it's worth to the customer.

While Cheney keeps building relationships with the next generation, many of Kirschner's clients are from the past. Kirschner's daughter Deborah says they love her dad because he's a constant.

"They can all get my dad on the phone," she says.

But Kirschner is 69. What happens when he and his customers start to retire?

"I do think that there's probably a little danger in that," Deborah says. "There's a lot of loyalty, and that dies out with people and companies."