Accessibility links
Kid Rock Takes On The Scalpers : Planet Money Kid Rock says he's "tired of seeing the old rich guy in the front row with the hot girlfriend." For his latest tour, he's got a plan to get more of his tickets into the hands of true fans. 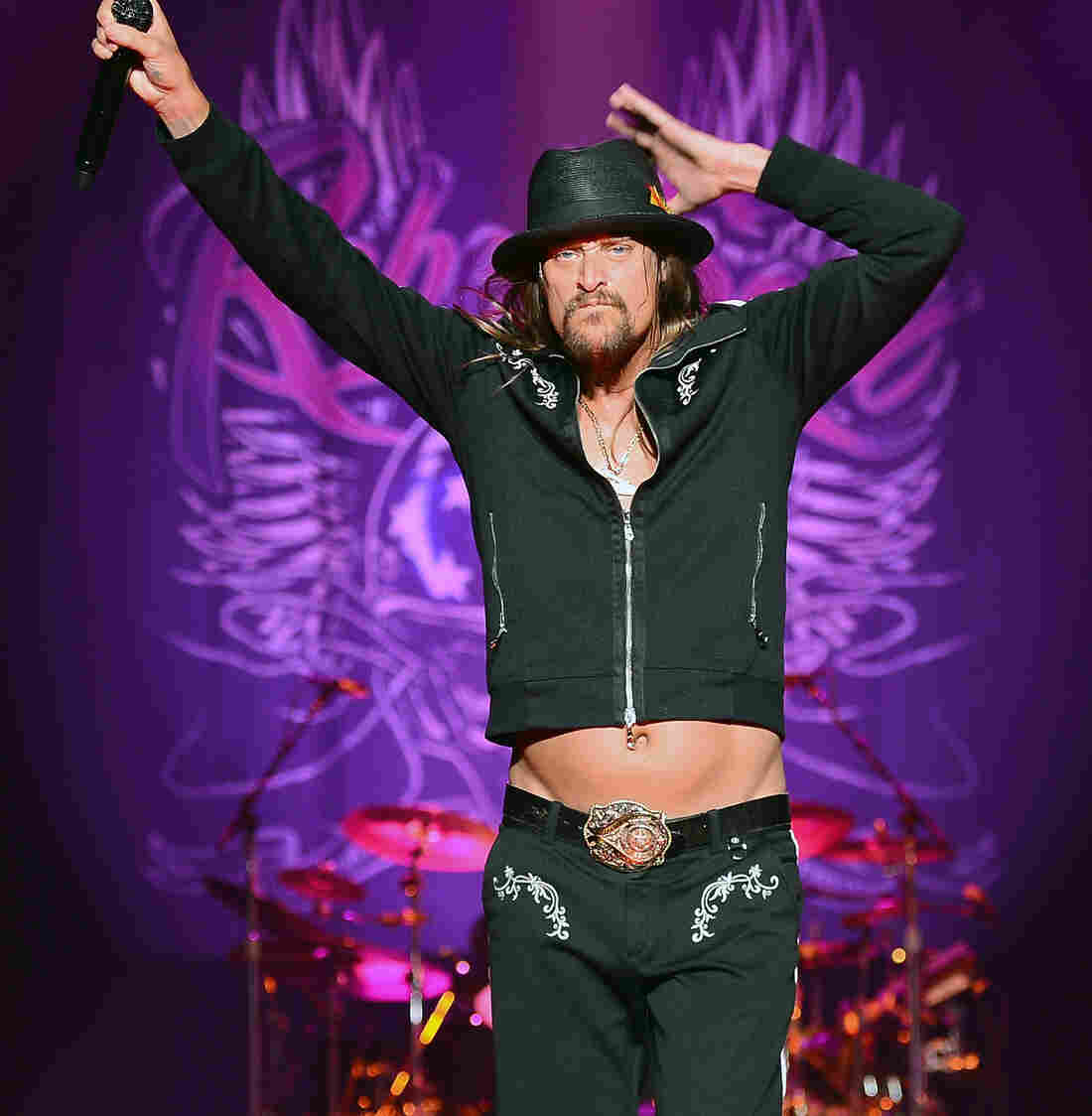 Kid Rock is tired of scalpers taking tickets away from his biggest fans.

One way to stop that: Raise ticket prices. If Kid Rock charged more for his tickets, scalpers wouldn't be able to sell them at such a big markup.

"I don't want to break you by coming to see me, " he says. "I want to make as much money as I can, but I don't need to drive around in a tinted down Rolls-Royce or Maybach and hide from people because I felt like I ripped them off."

Kid Rock wants his tickets to be affordable, and he's lowered his prices. On his latest tour, you can get a ticket for $20 (plus $9.25 in fees). It sounds great — but he knows a fan-friendly ticket price is appealing to scalpers too.

"My tickets are cheap. That's right. That's why the secondary market would work," he says.

So Kid Rock's got a couple tricks up his sleeve to keep tickets out of the hands of scalpers:

1) More shows. For scalpers to make money, there needs to be more demand than supply. Kid Rock's upping the supply by doing more shows. He is doing eight nights in Detroit alone.

2) Beat the scalpers at their own game. Scalpers want the best seats in the house. Kid Rock's raised the prices on these, and he and the folks at Ticketmaster are constantly adjusting prices based on what they see happening in the secondary market.

3) Go paperless. To sit in these really good seats, the pricey platinum seats, you have to show ID and the credit card you bought them with at the venue.

"They are not for sale, " Kid Rock says. "I'm tired of seeing the old rich guy in the front row with the hot girlfriend. And the hot girlfriend, you know, with her boobs hanging out,with her beer in the air, just screaming the whole time. The old rich guy is standing there like he could[n't] care less. It's a very common theme at Kid Rock concerts."

Being able to keep tickets cheap isn't just a good deal for the fans. It's a good deal for Kid Rock, too. On his current tour, he gets a cut of all the beer and merchandise sold inside the venue. Cheaper ticket prices mean fans will have more money to spend on this other stuff.

"If you give people a fair price, I think they'll feel better about spending their money," Kid Rock says. "They might spend just as much because they don't feel like someone is trying to get one over on them."

So is it working? Jared Smith of Ticketmaster North America says there's an unusual way to tell. In this case, a show that isn't totally sold out is actually a good sign.

"If you underprice all your inventory at the time the tickets go on sale, there is a huge incentive for other people, who are buying with the intention to resell, to gobble up as many as they can as quickly as they can, " says Smith. "If you get closer to market-based pricing, it slows down that incentive... I think the fact there are still a few tickets out there in some premium places is indicative ... that we are closer to market-based pricing."

For more, listen to our latest podcast: Episode 468: Kid Rock Vs. The Scalpers.