Accessibility links
How To Spend $442 On A 15-Minute Cab Ride : Planet Money The price of a ride in a New York City pedicab is notoriously unpredictable. "The whole business is based on hustling," one driver says. That's about to change.

Say you're in Midtown Manhattan at rush hour. You need to go a mile uptown, and you can't find a cab. A pedicab, a taxi-bicycle hybrid (like the one in the picture) may not be a bad option. 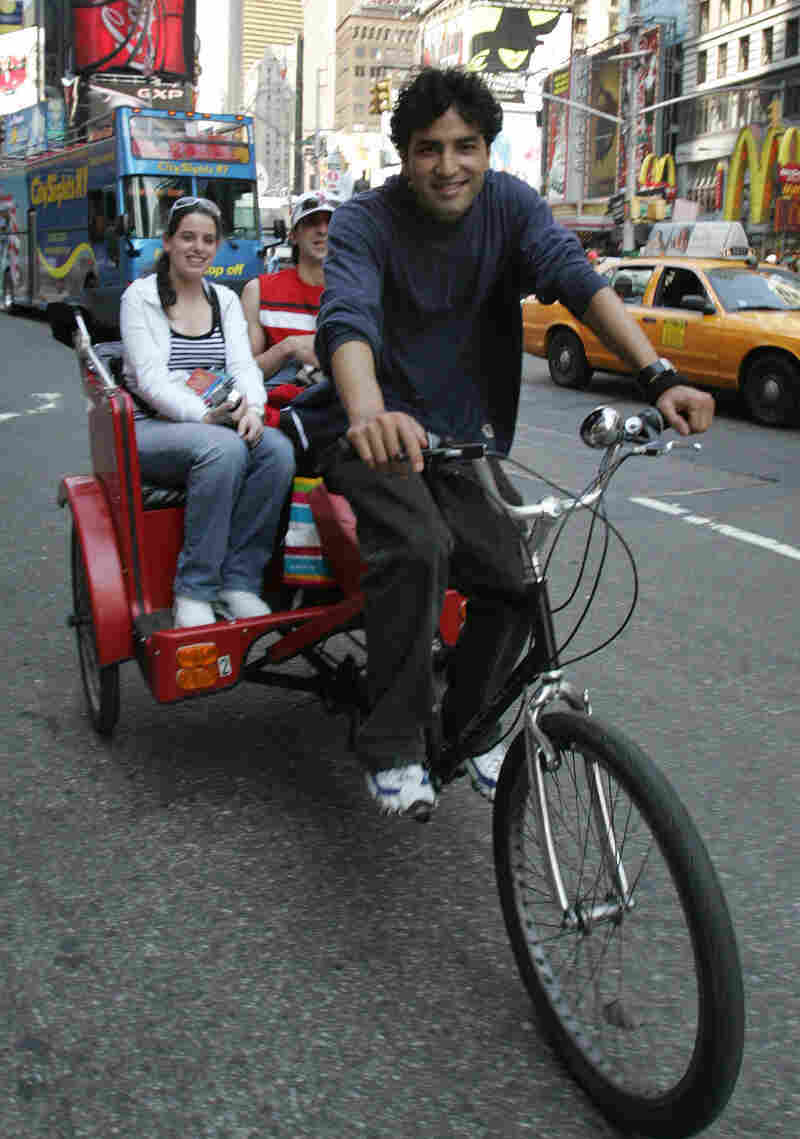 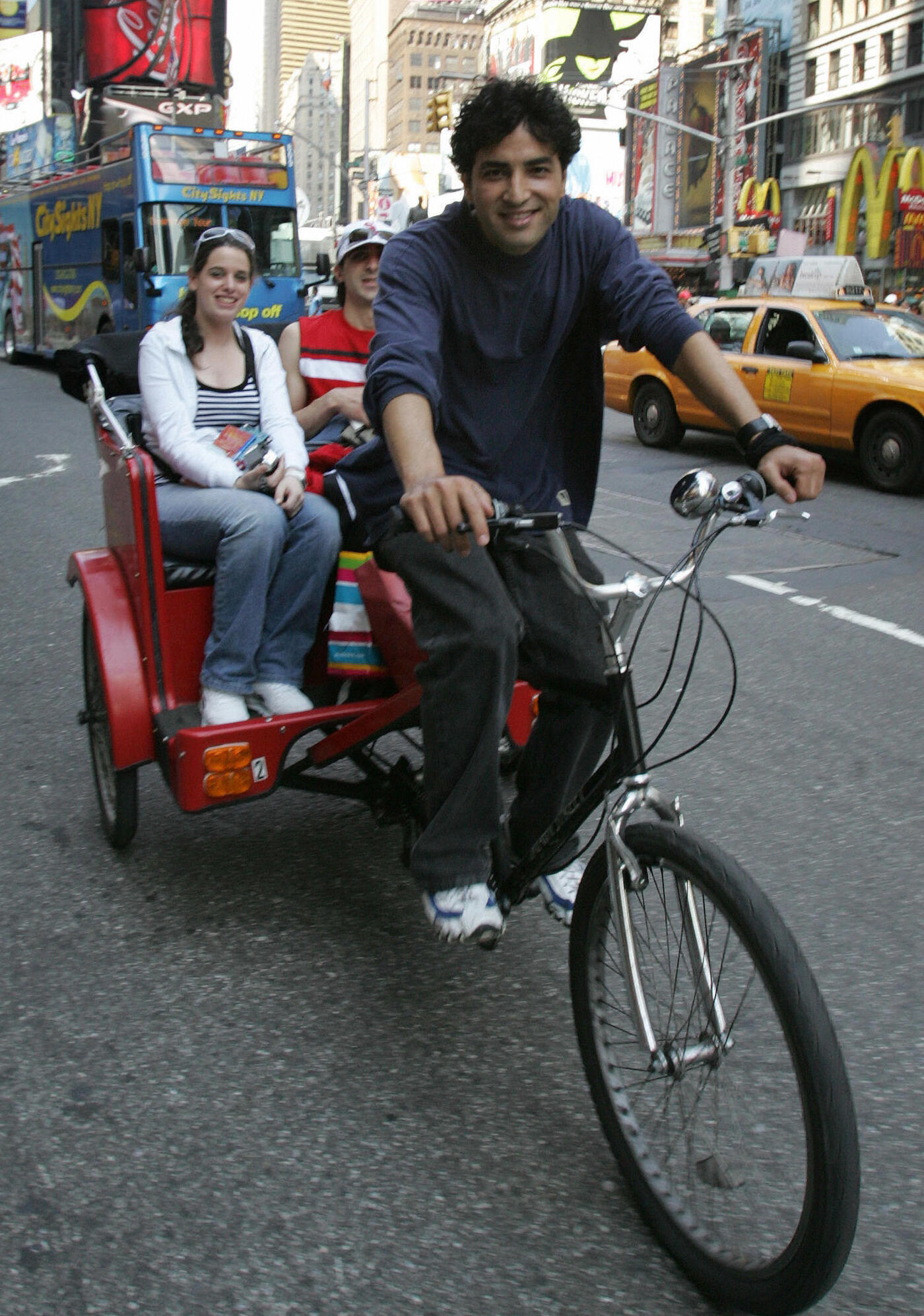 Riding through the middle of Manhattan on the back of a bike, dodging buses and cabs, feels like the Wild West of transportation options. The pricing feels that way too: Unlike buses or cabs, pedicabs don't charge a set fee. It's whatever the rider and the driver agree to. And, like in the Wild West, innocents often get fleeced.

"Last August, somebody was charged $442 to go from Mary Poppins to a restaurant called Milos," says Laramie Flick, a pedicab driver and president of the pedicab owners association. That's a trip of less than a mile. It took about 15 minutes.

New York City does not want tourists to leave town feeling like they got hosed by a pedicab driver. So the city worked with Flick and the pedicab drivers to come up with new rules, which are set to take effect next week. The drivers can still choose their own rates. But those rates have to be posted clearly, and they have to apply to all customers. Per minute. No matter what.

Flick likes the new rules. Other drivers don't. Ibrahim Donmez, who has been a driver for eight years, says the price should be based on an upfront individual negotiation — perhaps charging more if the route is uphill, if it's raining, or if there's a large number of passengers. Or charge less, if it's an easy ride. "It's a human-powered business," Donmez says.