Accessibility links
Guy Who Wrote 'Trading Places' Responds To Our Show About His Movie : Planet Money "I'm astounded that there's actually some ... 'Eddie Murphy rule' governing commodities trading, but it was always The Wild West." 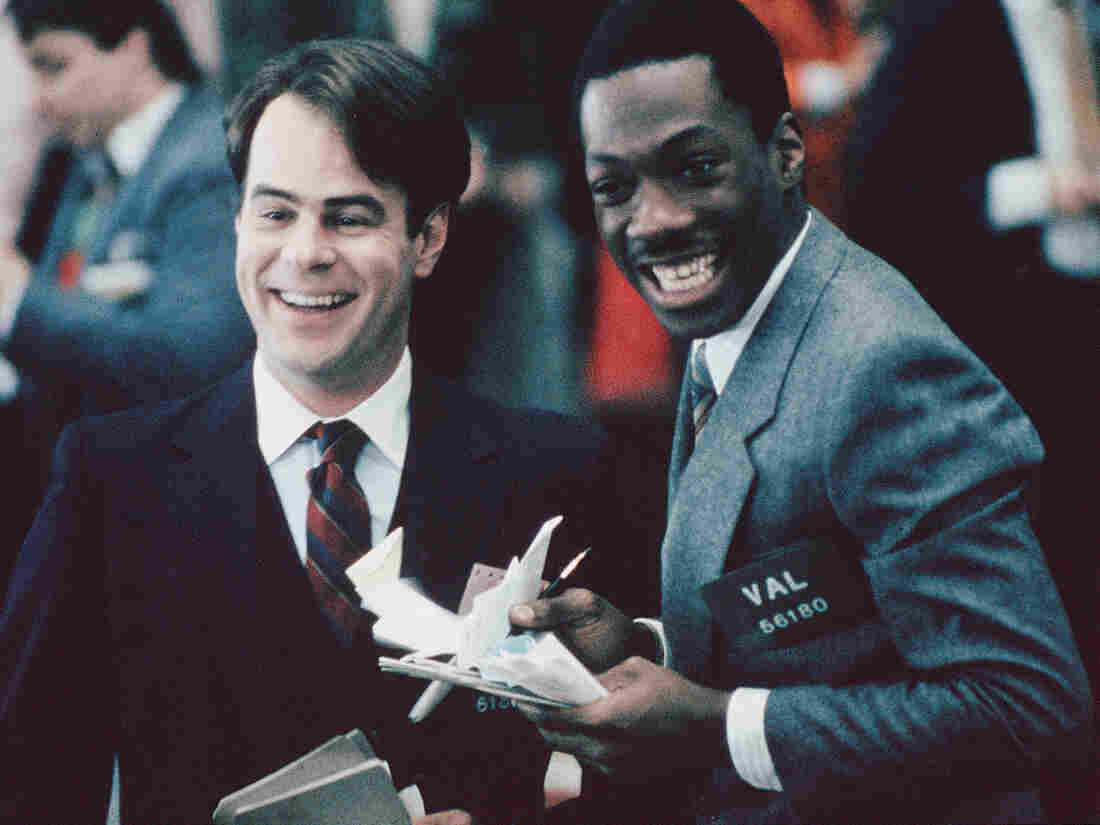 Herschel Weingrod, who co-wrote Trading Places, got in touch after hearing our recent show about the movie. He writes:

As a regular NPR listener, and a Planet Money admirer, I can't believe that I missed your Trading Places piece, but it's been forwarded to me and, as the co-writer of the screenplay, I was both amused and gratified by your program.

My writing partner, Timothy Harris, and I did a significant amount of research about the commodities market in the early 1980's and concluded that it was a very interesting arena in which to set a movie that's not really about financial markets, but required a narrative device that would drive the story. The Russians tried to corner the wheat market and the Hunt brothers tried to corner the silver market. But pork bellies and frozen OJ are much more funny, and most Americans didn't have a clue that such things were publicly traded and, in a really dire situation, could actually be delivered on your doorstep.

As you so astutely pointed out, we flipped the "buy low sell high" mantra on its head — to the confusion of some viewers, although I don't believe they really cared about the details since they were hopefully invested in the story and the characters. Our protagonists sold high and then bought low — netting them lots of money and, in movie terms, a happy ending, considering that the Dukes had so casually turned their worlds upside down for a one-dollar bet about heredity-versus-environment.

I'm astounded that there's actually some de facto "Eddie Murphy rule" governing commodities trading, but it was always The Wild West. The traders I met and hung out with here in L.A.,, because it was three hours behind New York, had their happy-hours very early in the day. You can imagine what they were like by, maybe, 2 PM...

In any event, many thanks,

For more on the making of the movie,see Business Insider's recent oral history of Trading Places.