Accessibility links
Episode 386: The Cost Of Free Doughnuts : Planet Money Everybody likes free. But consider a cautionary tale about free doughnuts and the Red Cross. 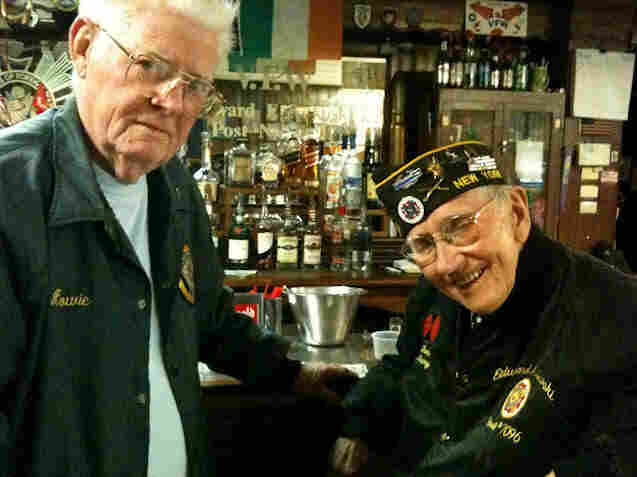 Free has the power to make us do completely irrational things. It can drive us to break rules, and take risks we never thought possible. It can make us feel savvy and smug and exhilarated.

Take Benjamin Joffe-Walt, brother of our own Chana Joffe-Walt. In 1995, he was 15 years old when British Airlines started offering international flights from his hometown of Philadelphia. The airline gave away free tickets to the first 100 people who showed up at 11 a.m. on a Tuesday.

"I remember the problem was the car," Ben recalls. "I needed someone with a car to take me from the school, 45 minutes to the airport, to get the ticket and come back within two hours or so. And not get in trouble."

He asked his school's assistant principal for a ride. When Ben tells this story, even now, he talks about it like a completely logical move. There he was, not making a completely inappropriate request to an authority figure, but sharing an amazing opportunity.

This is completely consistent with Ben's personality. He buys the extra-large soda at the movies, not because he likes soda — but because there are free refills. He buys a ticket to one movie and will stay in the theater to see two more, even if the movies are terrible. He loves getting stuff for free.

"Oh, yeah, he thought it was great," Ben says. "I mean he got a free ticket. He liked golf. He went to Scotland."

Everybody likes free. But free can be dangerous, too. Today's show is sort of the flip side of Ben's airline deal. It is what happens when you take something that was free — and you give it a price, a decision many Internet companies face today. That is a highly risky move, it turns out. And the damage can be enormous.

This week, free of charge, Chana Joffe-Walt and Alex Blumberg tell the story of the Red Cross and free doughnuts — that suddenly weren't free any more. It happened 70 years ago, and the Red Cross is still feeling the consequences.

Note: This podcast originally aired in July of 2012.